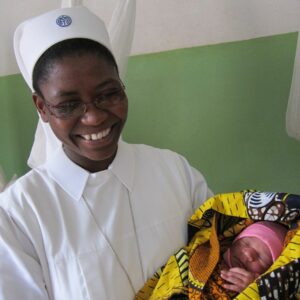 The medical center of the Mutumba mission station with its hospital, outpatient clinic and maternity ward is the first one for the people of this region and often the only place for them to recieve medical care and advice.

Last year 14,423 patients were treated here by the nurses in the outpatient clinic and 2,253 were seen by a physician. Our doctor could examine 315 women with an ultrasound. We treated 1,504 patients in the hospital. At our medical center 2,850 pre-natal and 664 post-natal examinations were performed; 611 mothers gave birth in our hospital; 4,379 babies and toddlers were vaccinated; 1720 people were examined for Aids; 84 people who live with Aids are treated by us; 35 people ill with tuberculosis receive medicaton; 151 undernourished children recieve therapeudic noursishment; and 120 babies received formula from us because their mothers could not breastfeed them or had died.

Assumption of costs for indigent patients

We are able to offer gratis natal, pre-natal, and postnatal care, HIV testing, and treatment for Aids patients. However, there are always patients who cannot pay their hospital bill or outpatient treatment. For example, a mother who had to hospitalize three children at the same time. They had malaria. Because of this, two of them likewise suffered severe anemia.  When we explained to their mother that we needed to take two of the children to another hospital to receive blood transfusions, she declined it. She couldn’t leave the third child here alone. We bought medicine and food to combat the anemia and covered the entire hospital cost. All the children were discharged in good health. After that, the seven-year-old girl kept asking her mother, “How can we thank the sisters?” Finally, the nine-year-old sister replied, “We have nothing to give, but we can pray for the benefactors.” 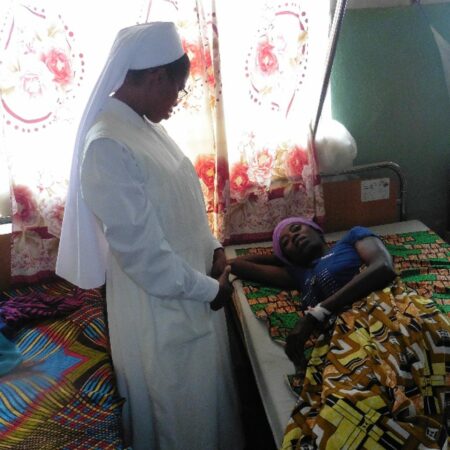 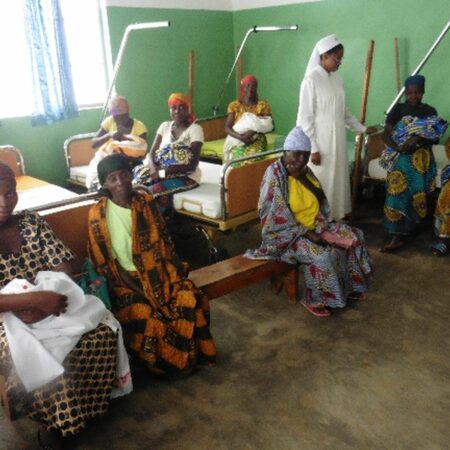 A surgery room for the hospital

For years we have been planning to build a new hospital which is urgently needed. But time and again our plans are thwarted by new regulations from the Ministry of Health.  Meanwhile it seems that now we soon can begin to build a new surgery room in which, for example, cesarean sections can then be performed. 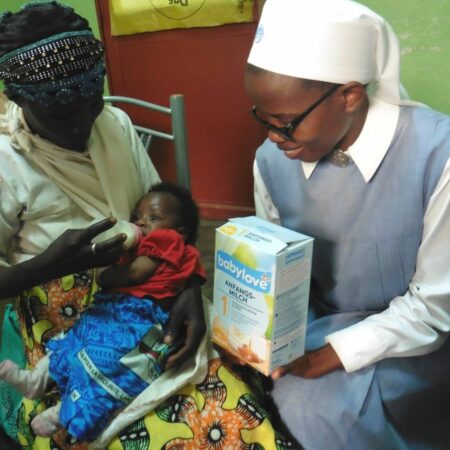 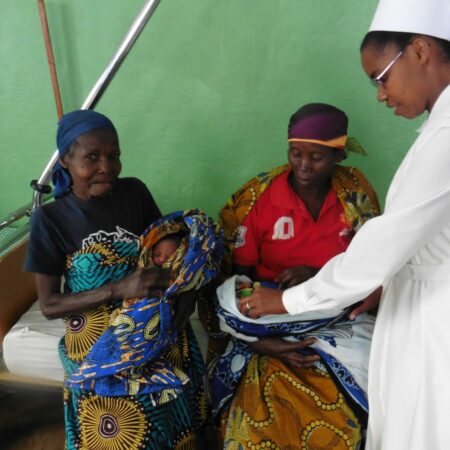 Help to turn one‘s life around

The husband of Mrs. Emmanueline sent her and her four children away. So they came to our area where an elderly lady and her grandson took them in. But when the older woman had to move away, the grandson, a young man who took drugs, sent Emmanueline away. So she came to us and asked for a place to live, even if it was only a storeroom. We arranged for her to purchase a small plot of land and to build a small house. In the meantime, the “grandson” was admitted to our hospital. While under the influence of drugs he had done a lot of damage and was beaten so badly by some people that he needed hospitalization. There, the nurse in charge spoke forcefully with him, and now he is well on his way to leading a reformed life.