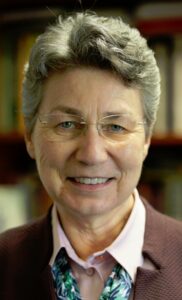 Today on the founding day of the Schoenstatt Sisters of Mary, we may share some joyful news:

On September 29, 2021, it was officially announced in Rome that

a member of the International Theological Commission.

for this great honor and gladly offer her our prayers for her new responsibility, which she will carry out not only within the framework of her theological insights, but also as a member of our secular institute. It is for us a sign of Divine Providence that one of our co-sisters was nominated for this task precisely now.

The Task of this Commission,

which collaborates with the Congregation for the Doctrine of the Faith, is to support the Holy See in examining more weighty questions of doctrine.

The commission consists of theologians from various schools and nations distinguished by their scholarly qualifications and faithfulness to the magisterium of the Church. The members, whose maximum number is limited to 30, are suggested to the Pope by the Cardinal Prefect of the Congregation for the Doctrine of the Faith after inquiring with the Bishops’ Conferences. The Pope appoints them for five years.

The commission gathers for a plenary assembly at least once a year. In addition, meetings of subcommissions can also take place. The results of studies are presented to the Holy Father and handed over to the Congregation for the Doctrine of the Faith.

Testimony of Sr. M. Isabell on “100 Years of Women in Schoenstatt”