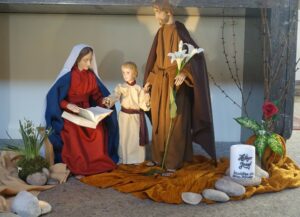 Pope Francis places Saint Joseph at the center of the letter “Patris Corde.”  He sketches Saint Joseph’s personality and vocation in seven chapters.

A tender and loving father

A father in the shadows

This inspires us to compare the example of St. Joseph with our founder, Father Joseph Kentenich – do they have anything in common?

Some food for thought:

The name: Joseph: It is a Hebrew name derived from the word “jasaf,” which means “to add,” “to multiply.” Most often it is interpreted as “may God add a son.”

Saint Joseph is considered as one who always listens attentively to God’s voice and acts accordingly.

The main task of Saint Joseph was to provide and care for, to protect and serve the Holy Family.

Joseph had to flee with his family to a foreign country, Egypt.

As Mary’s spouse, he treated the Mother of the Son of God with great respect and gently protected the mystery of God’s Incarnation in her.

Saint Joseph is called the “patron saint of workers.”

We venerate St. Joseph as the patron saint of the Church. 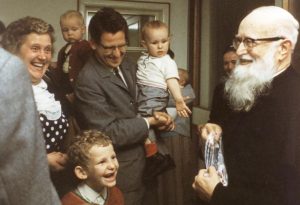 Father Kentenich payed keen attention to where God was speaking to him in everyday life, to what was God’s plan, and he developed a spirituality of faith in Divine Providence.

He promoted the family and created an international family movement, giving a family structure to Schoenstatt’s core communities, and he had a vision of the Church as a family.

Joseph Kentenich was exiled to a foreign country and waited patiently until, through God’s intervention, he could return home.

He sealed a covenant of love with Mary: Everything in Mary, through Mary, with Mary!

Father Kentenich lived everyday life with Mary – and he wrote a “handbook” for this, an instructional manual, entitled “Workday Sanctity”.

Joseph Kentenich understood his life’s work as service to the Church; he and his worldwide Movement exist for the Church. He loved the Church is written on his tomb. 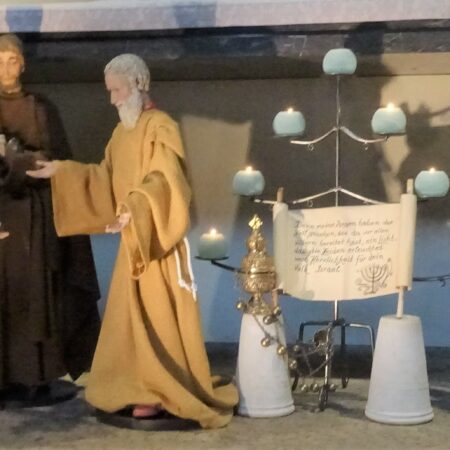 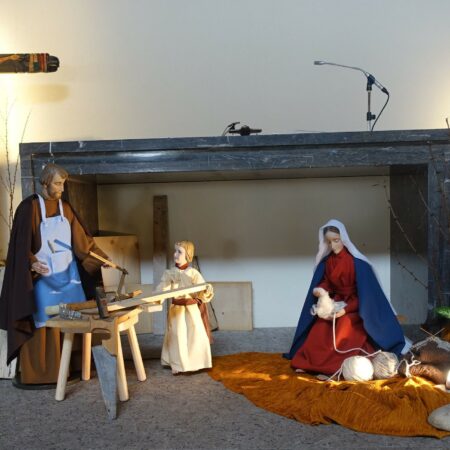 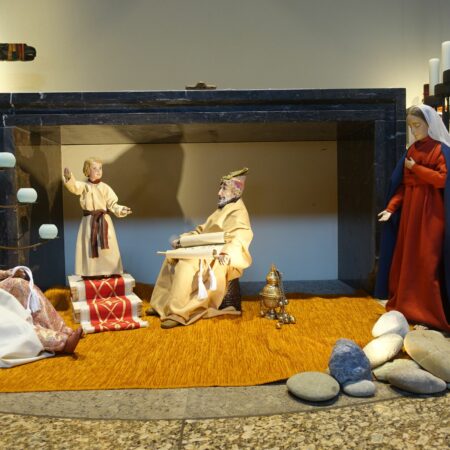 Hail, protector of the Savior,
Hail, husband of the Virgin Mary.
To you God entrusted his Son,
in you Mary put her trust,
with you Christ grew to manhood.

O Saint Joseph, show yourself also as a father to us,
Guide us on our journey through life.
Grant us grace, mercy and courage,
and protect us from all evil. Amen.

to the letter Patris Corde