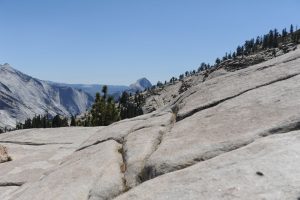 There are paths that are dark.
We don’t know exactly where they lead.
There are questions waiting to be answered.
There are situations in which no one can advise me
– it depends on me, on my trust in God, on my courage to take the step
I have recognized as the right one.
But whether it is really the right one, nobody can tell me …

Father Kentenich, who is imprisoned in the Koblenz prison, is declared capable of being sent to camp. Through various circumstances the prison doctor can be persuaded to examine him a second time. The only condition: He must report himself sick. Now a fight begins in him, which he later calls “my fight for freedom”. He knows what Dachau means. But he senses that it is about more than just external freedom. That is why he refrains from a renewed investigation and puts his trust in the one card: GOD. God is a reality, especially when everything seems hopeless. He stands for this conviction with his decision.

January 20, 1942. Father Joseph Kentenich goes along, says yes. He follows the inner voice of his conscience, the voice of God. He knows that God is there and leads him, even if the future is in darkness for him, if he does not know the next steps.

There are situations in our lives where the leap into the unknown is imminent. Such a step becomes possible when I know: God is there. With him more is possible than I can calculate with human means. When human confidence is at an end, then he is there – when I give him space and jump!

“When God the Father is with me, then I need have no fear.

The party is always the strongest that has God as a covenant partner.” (J. Kentenich)