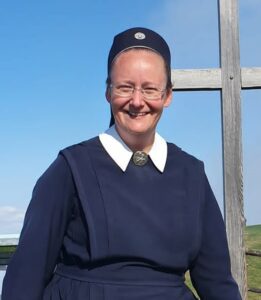 Sister M. Selina, you have been a member of our community, a Schoenstatt Sister of Mary, for 17 years. How did it come about that you decided to join us?

The journey of my vocation was long! Both paths– to have a family or to be fully committed to a religious cause–always remained open to me. But I never imagined myself becoming a sister! I thought I was not good enough to be a sister.

In my youth, I was involved intensely in my parish. I led a group of altar servers, prepared and led the Holy Mass for the youth, initiated a prayer group, was a musician in the Holy Mass for families, accompanied a Confirmation group and so on … I was intent on living the faith in everyday life. When I noticed that I was giving more of my time to the Church than to the kindergarten, I realized something had to change because I am very concious of my duties. Thus I began to search for my vocation. Through my pastor, God led me to Quarten and through Quarten to Schoenstatt, even though I knew absolutely nothing about it!

Everyday sanctity speaks much to me, because I was already trying to live the faith in everyday life. It was and is a joy and an incentive for me that everyone is called to holiness. As a kindergarten teacher I was, of course, impressed by the pedagogy of Father Joseph Kentenich. He has become a great example for me in dealing with people, whether they are young or older. I like that Schoenstatt follows the “normal” way. It is so down to earth. Practical faith in Divine Providence with its search for traces of God in everyday life suits me: Where has God met me? What does he want to tell me through this? 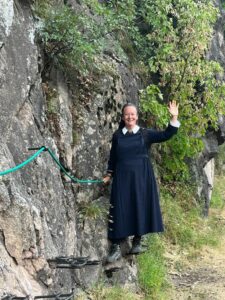 After you were assigned to be a receptionist in the New Schoenstatt Center in Quarten, you were responsible for the girls‘ youth and young women of the Schoenstatt Movement for eight years. What did you especially like about this task?

As a receptionist I liked being in contact with the most varied of people. Often I was the first contact person for all kinds of their concerns. I was amazed by the diffferent cultures.

I particularly enjoyed the group meetings with the girls and young women: sharing a topic with each other, receiving inspiration for everyday life, and being in contact with each other. I also liked accompanying the young women as they searched for their vocation. I still have contact with someone from the youth who joined a [religious] community in Austria. The summer camps and weekend retreats were always intensive but also very eventful. I have many beautiful memories that I think of again and again, and I always look forward to meeting someone from the Schoenstatt girls‘ youth and young women.

The first year was very challenging in many ways. I had the impression that I was completely out of step because the new Curriculum 21 was introduced. Over time, my colleagues reassured me that the basic task is still the same, just many things have been renamed. However, there are also really different accents.

I strive to implement individualization without things ending in chaos and me getting lost in the hustle and bustle. That’s not so simple. I often have the impression that, unlike in the past, when individuals had to be strengthened, in today’s world I have to increasingly point to the community – we are part of a group and not all egoists. Now, as in the past, we try to prepare the children for school. But I have the impression the requirements are higher now.

What do you consider especially important in your task as kindergarten teacher?

To prepare the children for life. They learn many things that are not taught in any subject in school such as their daily interactions with each other. Each child is unique. I would like to strengthen and encourage them in their individuality. Therefore, contact and good communication with the parents is also important to me. 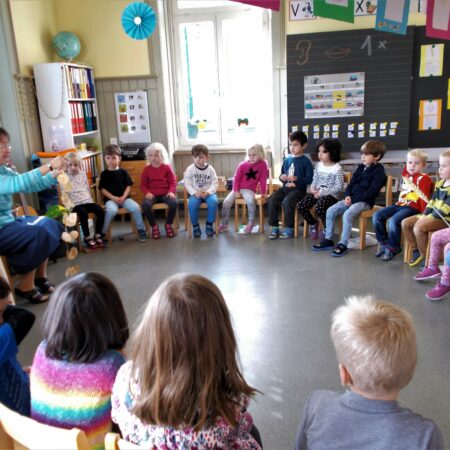 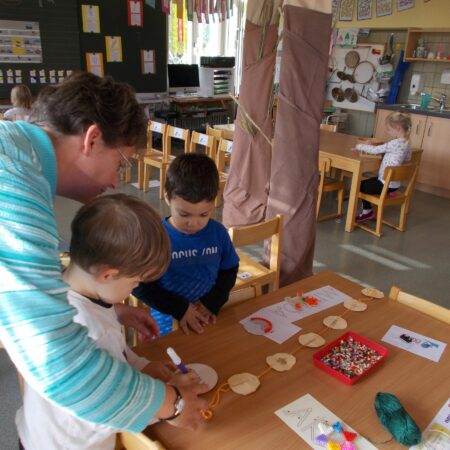 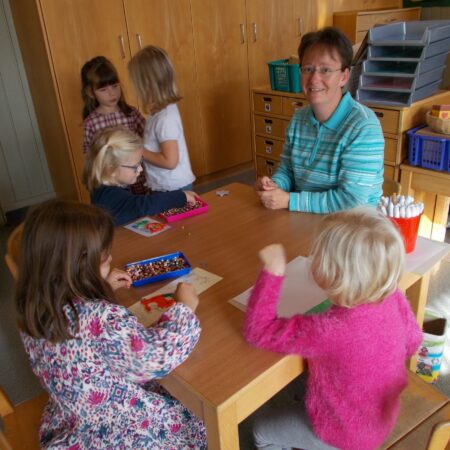 Nowadays perfectionism is noticeable already with the little ones. That’s why this kindergarten rule is important to me. “We don’t need to be able to do everything now. There will still be time to learn.” I want the children to realize that it is not bad if they make a mistake or something is broken. They know that I would like them to tell me and not hide anything. Honesty is important to me. In difficult situations, it’s good that we’re not alone, but can talk to each other as a team or with specialists. It is also nice to see how motivated and inquisitive the children are. I enjoy going to work everyday!

When you began your task as kindergarten teacher you lived in a house with co-sisters. Meanwhile, now you have an apartment near the kindergarten. You are living as an extern. Probably this was quite a big change for you?

I like it in the community and was concerned that I would feel lonely if I was alone as an extern but that didn’t happen at all. There is always something going on at school, and as a Sister of Mary I need time for personal prayer and Holy Mass. In addition, there is the housework. With my little apartment this doesn’t take much time. Cooking is not my hobby but until now I have been able to eat everything [I cook].

Is there anything that you as an extern Sister of Mary miss?

Among other things, I miss not having a maintenance person when something doesn’t work. I have already been quite helpless a few times; previously, I simply called someone in the house to help! 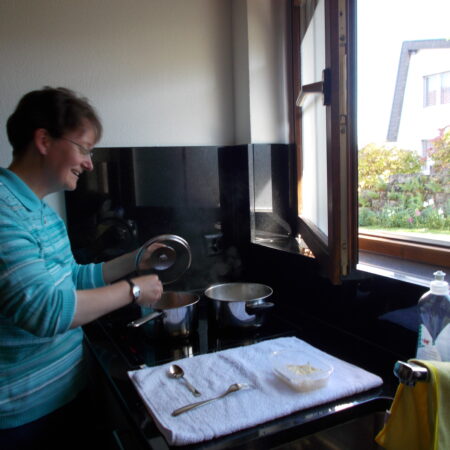 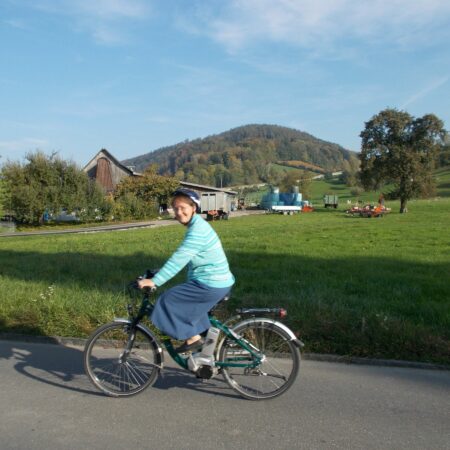 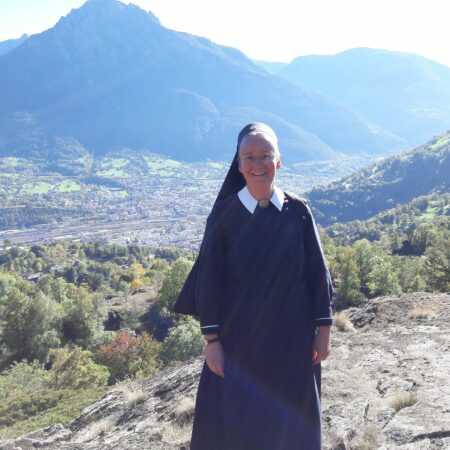 Of course, I have less time with my co-sisters. So I’m always happy with occasional “meetings”  by phone, mail, or visits to our houses in Weesen or Quarten.

Can you already see advantages to living alone in the world? What do you consider to be particularly important?

I used to hear that as an extern Sister of Mary one is in the midst of the world. At that time I thought: I already did that! But it is really different. If you live in a village you run into people. Our parish is quite active and so there have been many nice conversations after Holy Mass, in the gathering space, etc. A great advantage is also that I can now better manage my time for kindergarten. Since I always ride my bike to work, I get fresh air every day, which I need for my rest/relaxation.