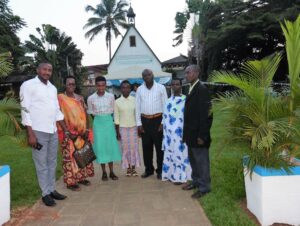 In June, the community of the Schoenstatt Sisters of Mary in Gikungu, a district of Bujumbura, Burundi, had the joy of welcoming into their home

We thank the Mother Thrice Admirable of Schoenstatt and our father and founder, Father Joseph Kentenich, for this great gift to the Schoenstatt family in Burundi!