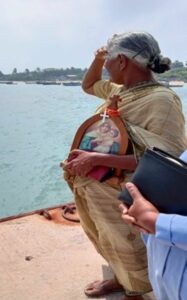 Report by Sr. M. Arul Jothi  about the recent vocation visit to the Diocese of Thanjavur and to the island of Rameswaram in the Tamil Nadu district, south India.

– put out into the deep

are the words that Jesus said to St. Peter. He believed and cast the nets for a catch, and he caught an abundance of fish.

With this quote I would like to share about our vocation trip to Thanjavur, on the Island of Rameshwaram between India and Sri Lanka.

Fr. Antony Selin of the Holy Cross Congregation, has had a devotion to the image of our Mother Thrice Admirable since he was nine years old, from his home town of Rameswaram.

Through our visits to the homes of various parishioners, we could experience their deep attachment to the Blessed Mother. Fr. Antony suggested that we visit his hometown, because many young women from there have joined religious communities.  Therefore we made the long trip to the furthest part of the Tamil Nadu District, to the Island of Rameshwaram in south India. In this village, 90% of the people are Roman Catholic. To our surprise, as we entered the village we saw MTA pictures everywhere in the homes, and outside the houses as well. 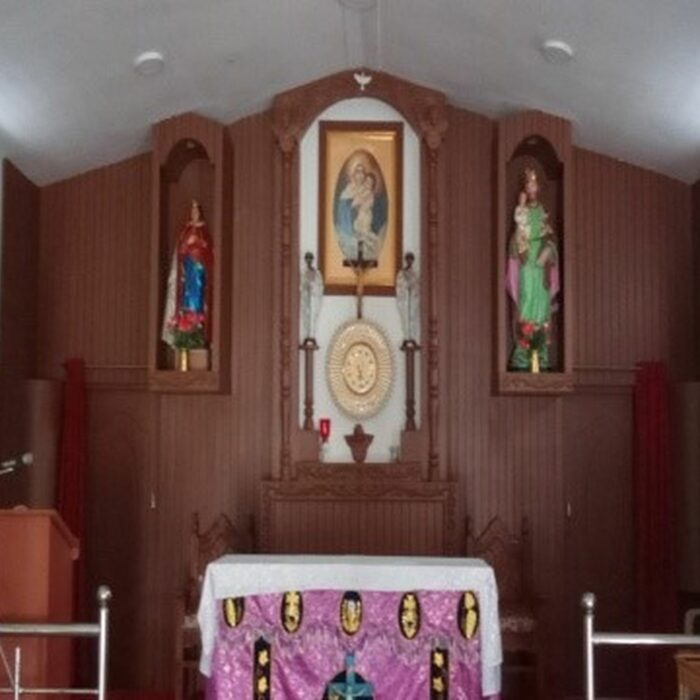 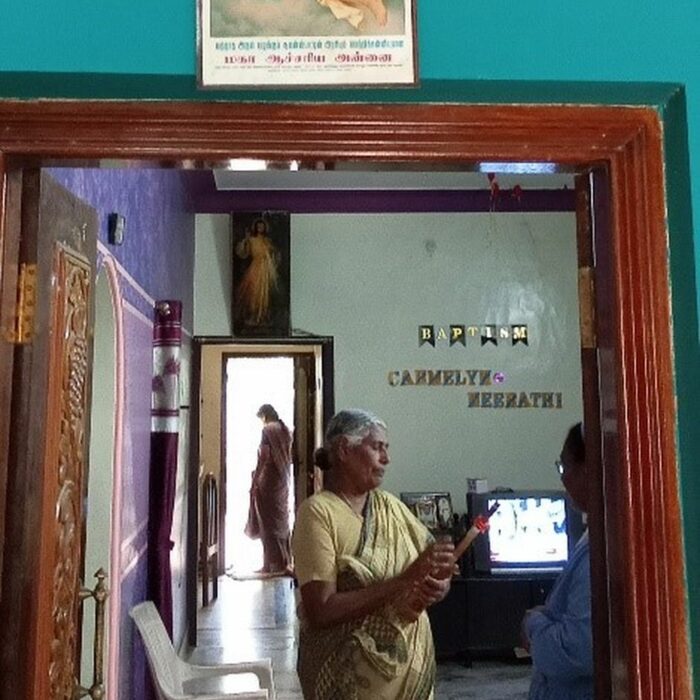 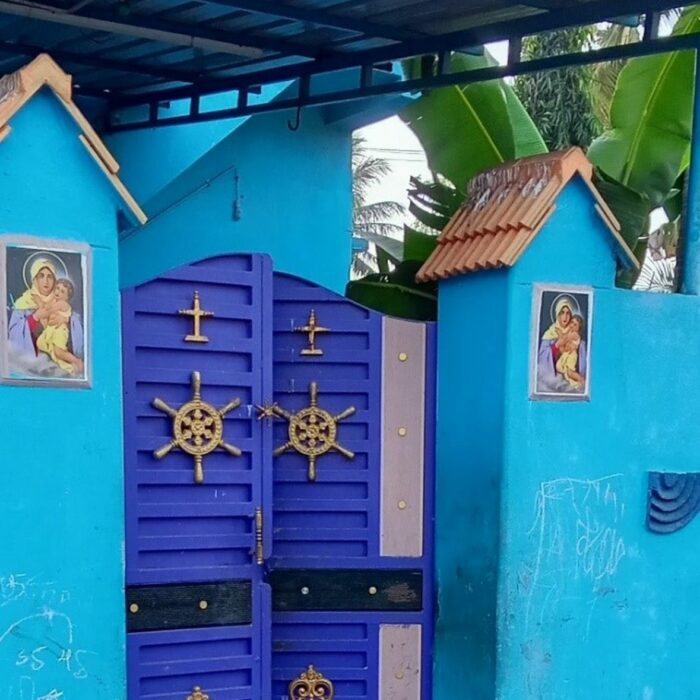 The people explained how the picture came to their village. Many years ago the Pilgrim Mother Shrine was introduced in this area by the Schoenstatt Fathers. The families were very active and sent the image of the Pilgrim MTA from house to house.  The people experienced the care and protection of the Pilgrim Mother. At the moment, no one has the main responsibility for this apostolate, but one woman is working very enthusiastically for the Blessed Mother and brings ‘HER’ from house to house. Even the people themselves ask her to bring the Blessed Mother to their home and pray. This woman arranges around 15 mini buses every year on October 18th for a pilgrimage to the Schoenstatt Shrine in Madurai.

When she saw us, she was very happy and introduced us everywhere to the people as “Pilgrim Mother Sisters.” The people welcomed us into their homes with open hearts. We were overwhelmed to see the image of our MTA everywhere – a sign that the Blessed Mother had really prepared the way for us!

The people of the area are very attached to our Mother Thrice Admirable of Schoenstatt. The majority are fisherman – simple and hard-working. They are religious and very pious. When one encounters them, one understands why Jesus called fishermen to be his first disciples! 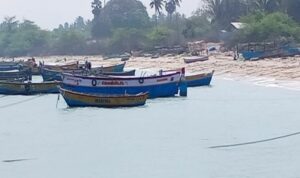 Another great surprise for us was to see a boat on which is written “Schoenstatt” in the Tamil language.

With much joy and enthusiasm we returned from our journey, grateful for the experiences and openness of all those we encountered.  We are happy to carry out the mission of our father and founder, catching many “fish,” youthful hearts for our MTA in her shrine!