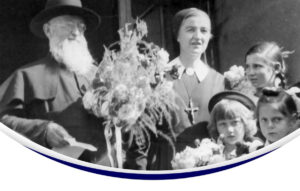 An in-person and online celebration marked the anniversary of the proclamation of the national ideal in Brazil.

the seventy-fifth anniversary of the proclamation of the national ideal of Brazil—Tabor–the Schoenstatt family of Brazil gathered at the Tabor Shrine in Londrina Paraná, Brazil.

The digital media made it possible that from homes, cities, and various Schoenstatt centers from the north to the south of the country a single family emerged during these days: the Tabor family!

The Tabor ideal became part of the founding of Schoenstatt, when Father Joseph Kentenich shared his favorite idea with the founding generation that the chapel dedicated to St. Michael at Schoenstatt, Germany would become a Tabor of the Glories of Mary. During his ten visits to Brazil in the years 1947-1952 he entrusted this favorite idea to our country as a mission for our nation.

Since 1997, the Tabor Fest is a jubilee event that allows each generation to take up and actualize the Tabor ideal. The Schoenstatt family, the participants of the Pilgrim MTA Apostolate, and the Men’s Rosary are filled with the spirit and the mission of Tabor and are immersed into this great stream of life and mission, i.e. that all of Brazil should become a living Tabor.

It was the goal of Tabor Fest III, to make known to the generation of today the richness of the national ideal and to invite every Schoenstatter in this vast country to be an ally of Father Kentenich in the covenant of love and to help pull “the triumphal chariot of the Mother of God!” 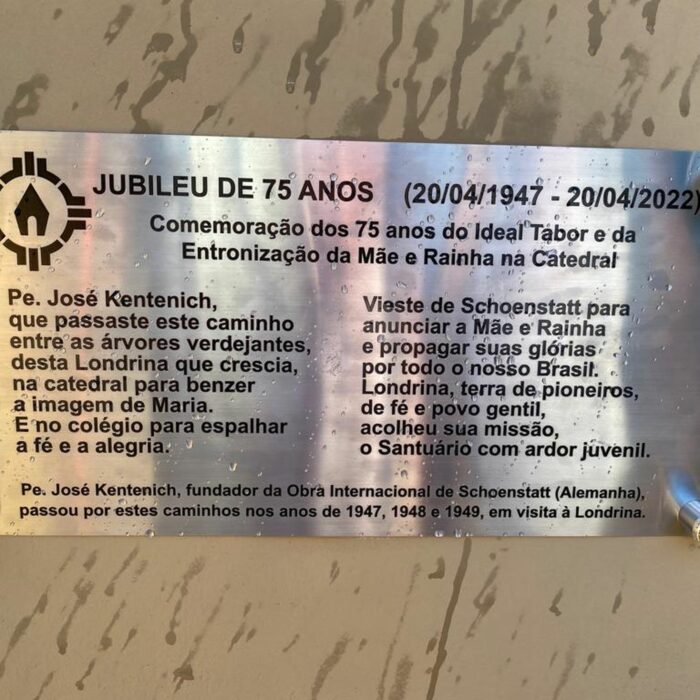 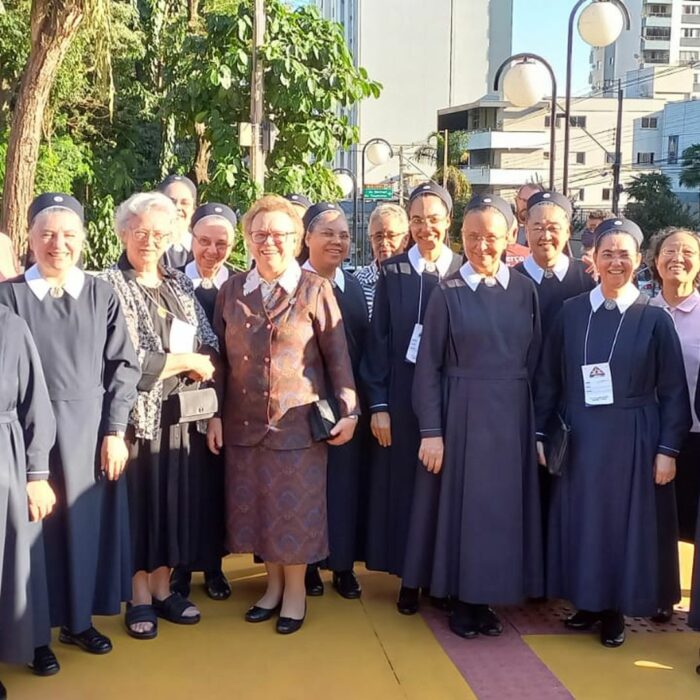 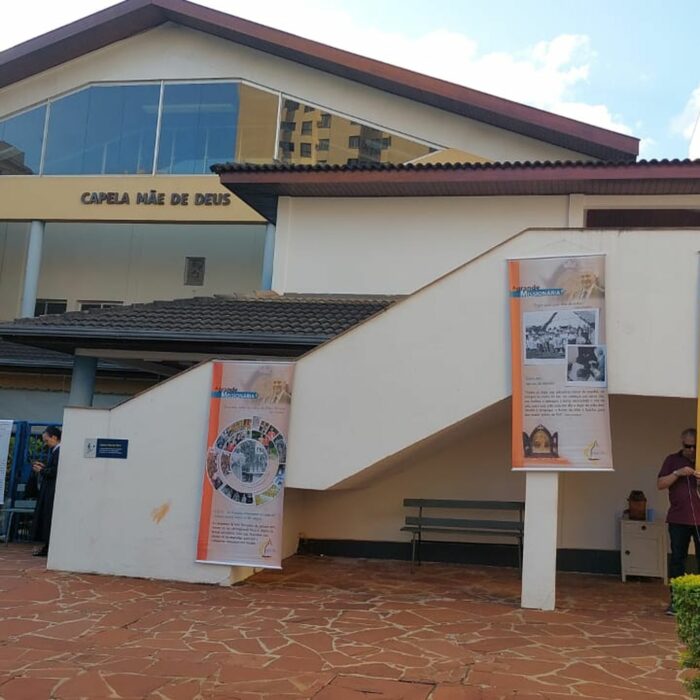 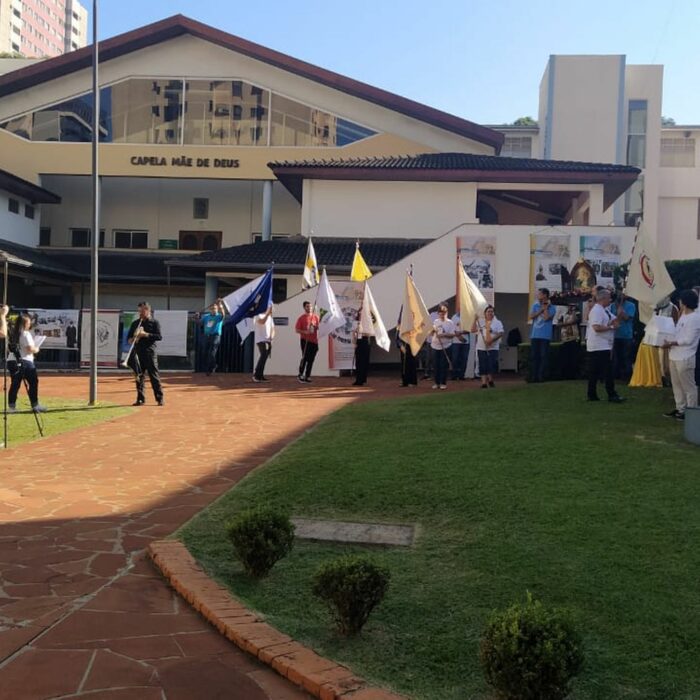 On the night of April twentieth, during the “Celebration of the Light of Tabor” in the Shrine of Londrina, each Schoenstatt Branch Shrine in Brazil was united with the Original Shrine by means of a missionary light that was lit from the Easter candle. Each family could light a mission lamp at home and thus the Christ Light of Tabor shone in the entire country. Together with the founder, close to a statue at the place where the national ideal was proclaimed, we renewed our yes to our mission. This light brightened the darkness of night during a vigil of Eucharistic Adoration in the shrine.

The next day at 9:00 am we prayed the Tabor hour from the Scheonstatt prayer book Heavenwards. In the shrine, the flags of the 26 states of Brazil were a visible sign of the deep gratitude to the Three Times Admirable Mother, Queen, and Victress of Schoenstatt for her love that has marked our history for 75 years. Reflection on the Tabor-person that Schoenstatt wants to form was well presented through a conference with videos and performances. The fire of a mission that our founder received as a charism has found open hearts in Brazil. An example of this is John Luis Pozzobom, a model son of Tabor. 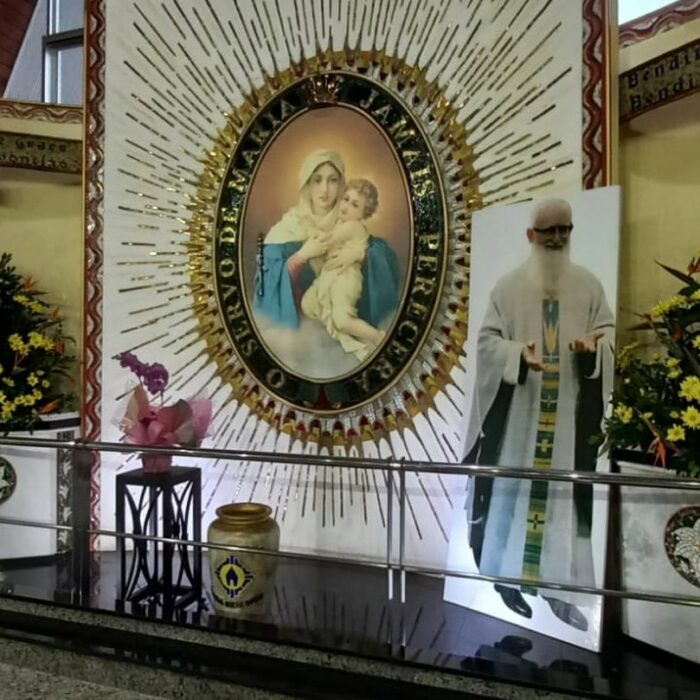 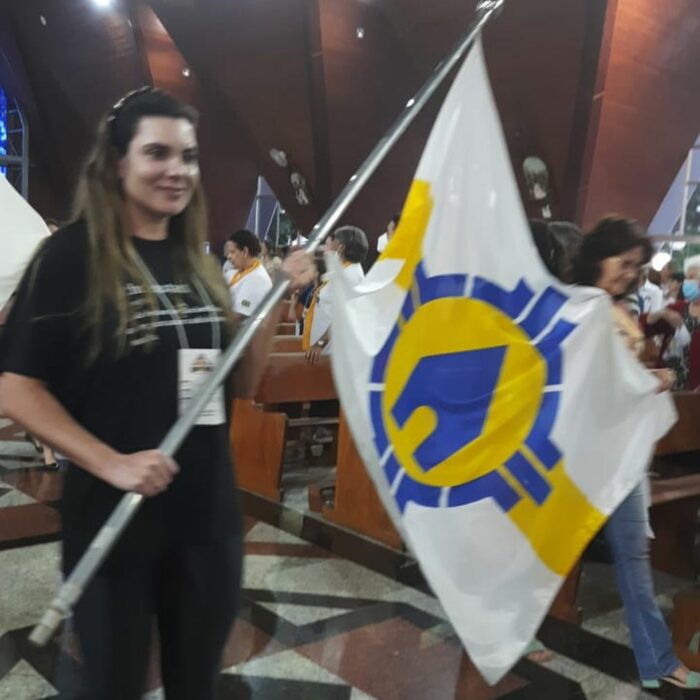 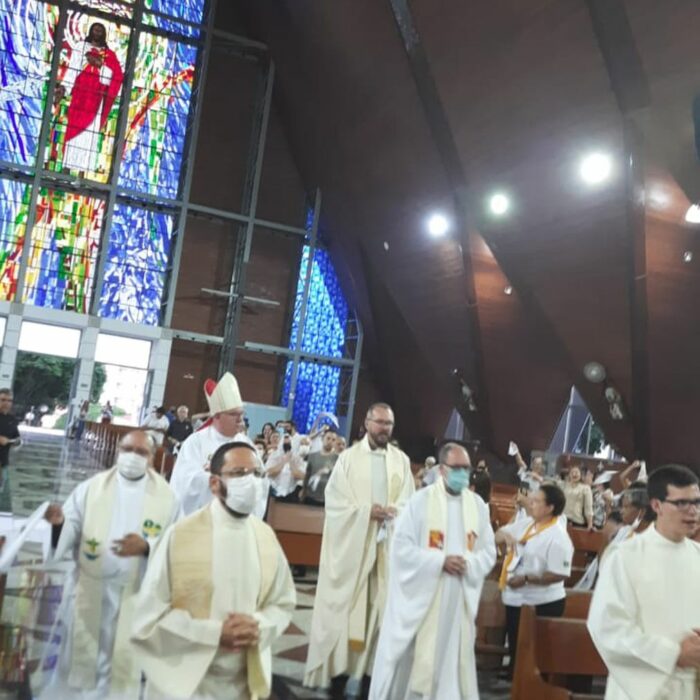 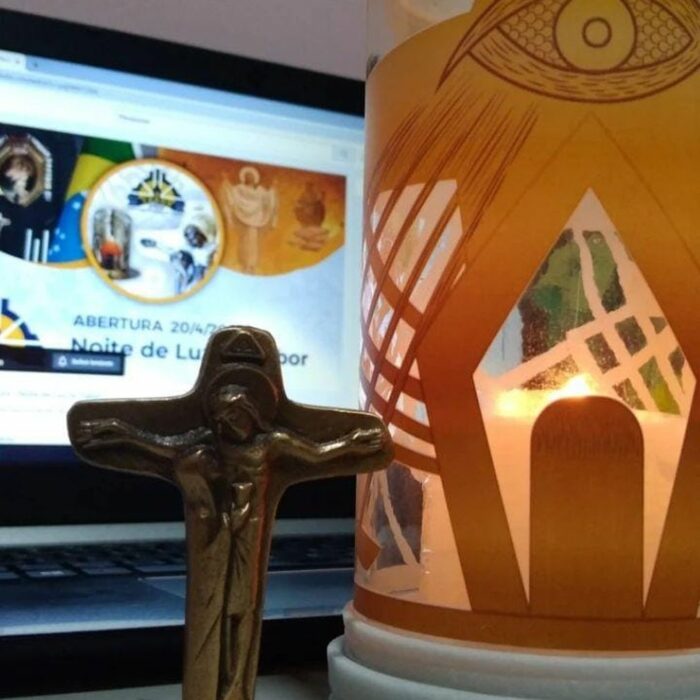 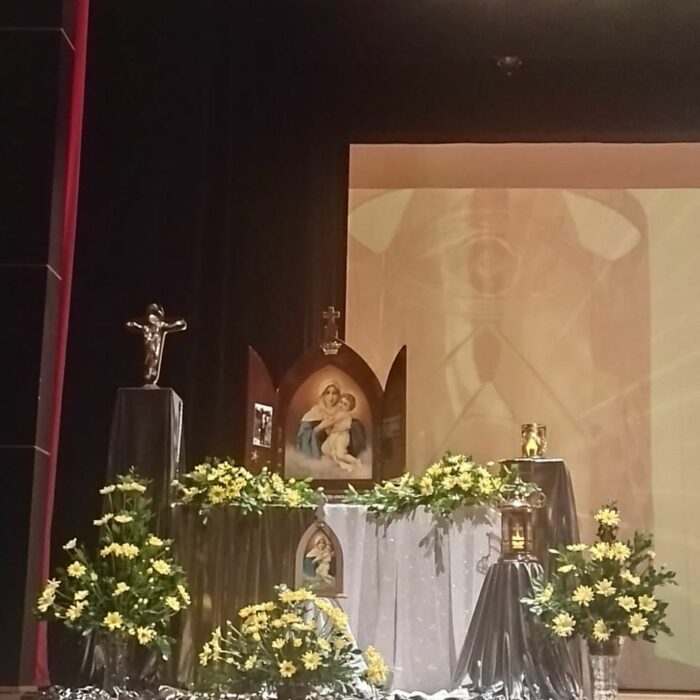 On the road between the shrine and the cathedral—a road that Father Joseph Kentenich often used—a memorial plaque was dedicated to him. Numerous pilgrims and municipal and church authorities participated in the blessing of the plaque, which is placed in the city forest. The plaque commemorates the years of his visits to our city: 1947, 1948, and 1949. Bishop Jeremias Steinmetz, Archbishop of Londrina, presided over the festive Holy Mass. There were about 1,000 people in attendance as well as the many others who followed the live-streamed celebration on the internet.

Tabor Fest III was the expression of a double joy: of the resurrection of Christ the Victor and of God’s intervention into the history of Schoenstatt in Brazil. As we celebrate our mission we are simultaneously renewing our commitment to the Church. Today we accept and renew our “yes” to the covenant of love. We proclaim it and give witness to it through heroic childlikeness. We have inherited the flame of a mission that previous generations ignited and we take over the responsibility today to change our country for the better 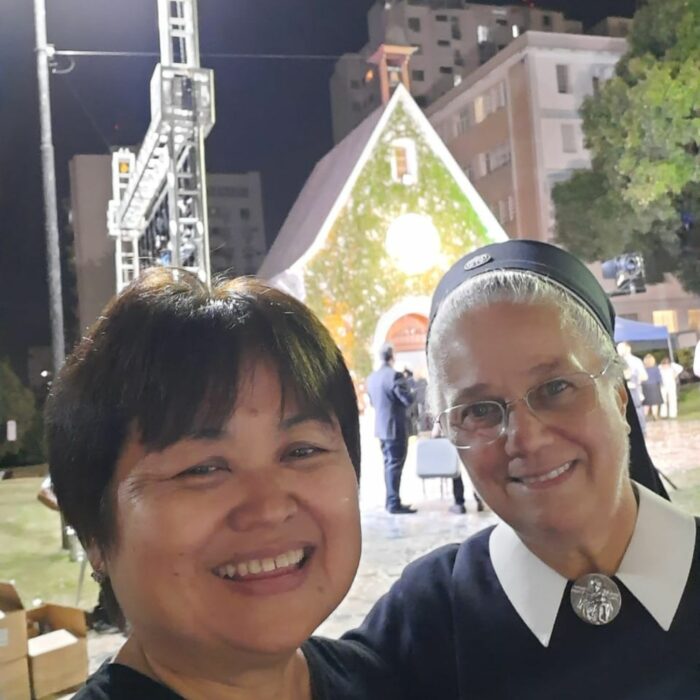 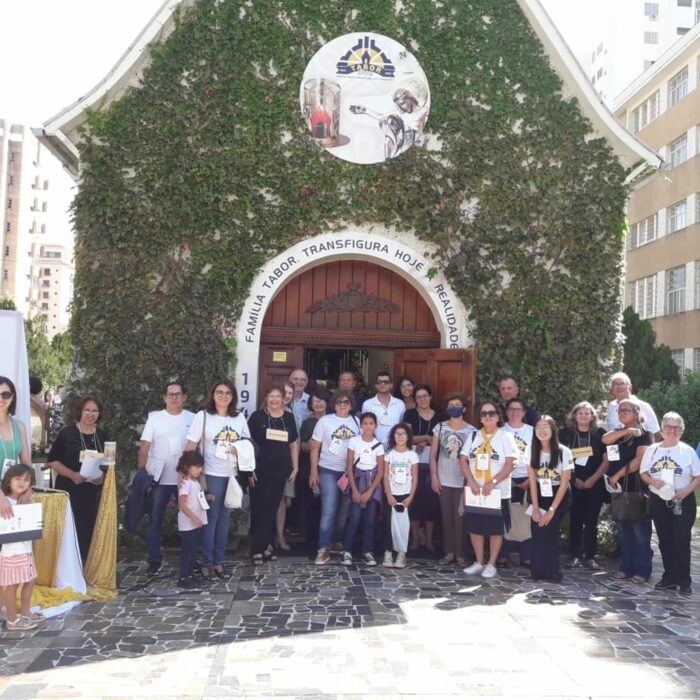 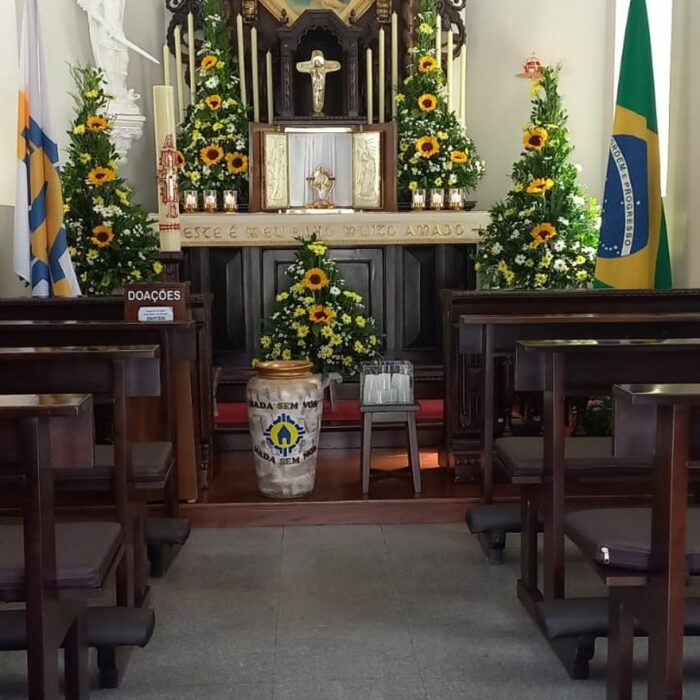 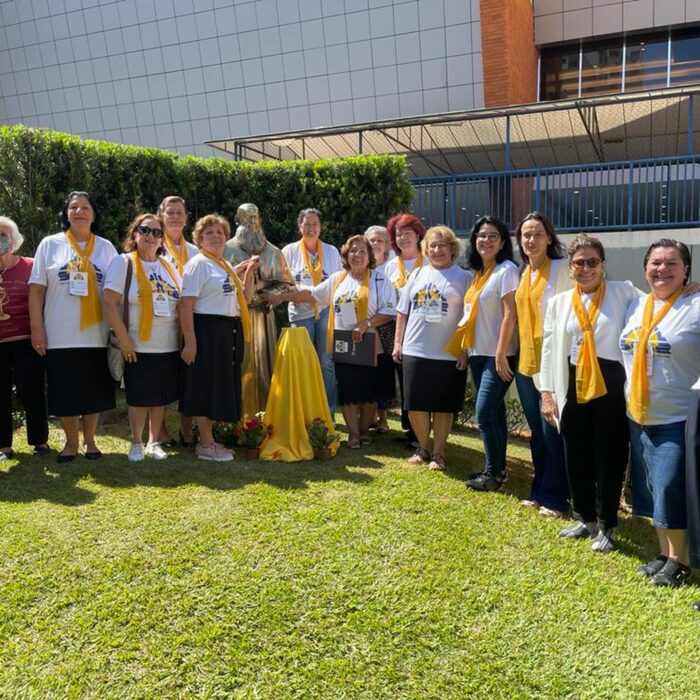