National Convention
of the Leaders of the
Italian Schoenstatt Movement

From country to country – from heart
to heart

These words which inspired and led the Schoenstatt family in Italy during the pandemic, were also the motto of the National Convention of the Schoenstatt Movement in Italy. Finally the convention could take place at the international Mother of the Church Shrine in Belmonte, Italy.

The logo symbolizes the main theme of the convention. There was a lengthy time of prepartion and much reflection about the image of the Church on the new shore, of a new epoch–to understand how Father Joseph Kentenich envisioned and proclaimed it during his visit to the property for the future Mother of the Church Shrine.

The Church on the New Shore

About 60 people participated in the convention which had two main topics: the Synod of Bishops and the Schoenstatt Pentecost Congress. A document was to record and elaborate the commitment of the Italian Schoenstatt family to the Synod. The convention became a genuine synodal and Pentecost-experience with times of family life, responsible working together, and apostolic witness. 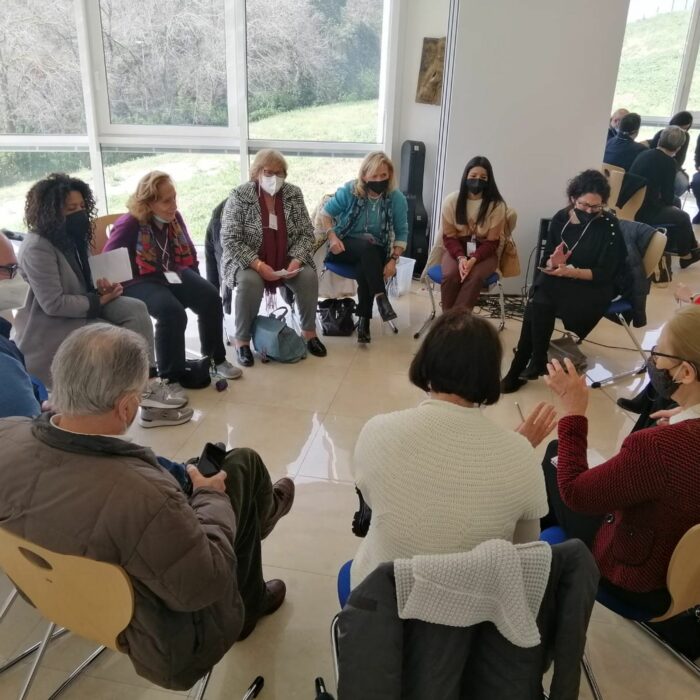 In a scenario inspired by a boat – an image chosen by Father Kentenich for the Church on the new shore – we entered into the theme and set out on our journey. The convention began with a prayer.

After the introduction of the “Captain couple” (Francesca Molinaro and Paolo Forte of the Schoenstatt Federation of Families), Father Facundo Bernabei, the National Leader of the Schoenstatt Movement in Italy, spoke. The first part of his talk focused on the “tailwind” and the “headwind,” of the reality that we experience in society, in the Church, and in Schoenstatt.

Then there was discussion and reflection in small groups. In the second phase, the characteristics of a Church for a new epoch, that Father Kentenich left as a legacy and task for the Church of the future were presented: a Church on pilgrimage, a fraternal Church, a Church that becomes the soul of the world, and a Church that gathers around the Mother of God as Mother of the Church.

The work of the small groups was based on the Marian perspective in order to find the guiding stars of the Schoenstatt Movement in Italy. On Sunday morning, after a plenary session, we again divided into small groups to work out the essentials and plan for the future. Above all, we wanted to formulate the letter that will record our contribution and commitment to the Synod of Bishops. 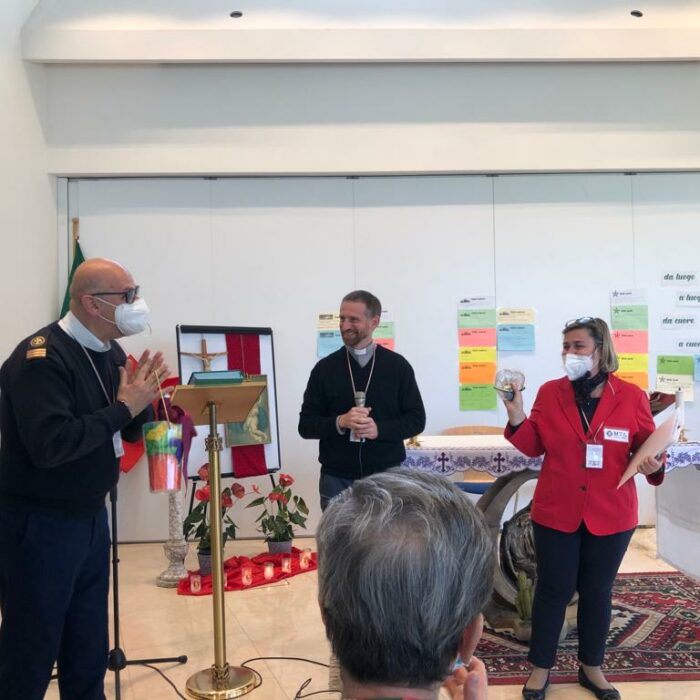 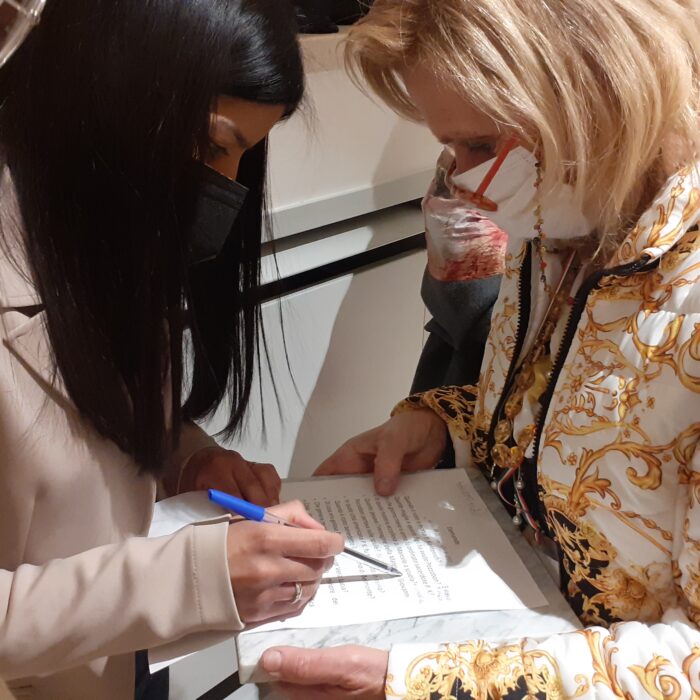 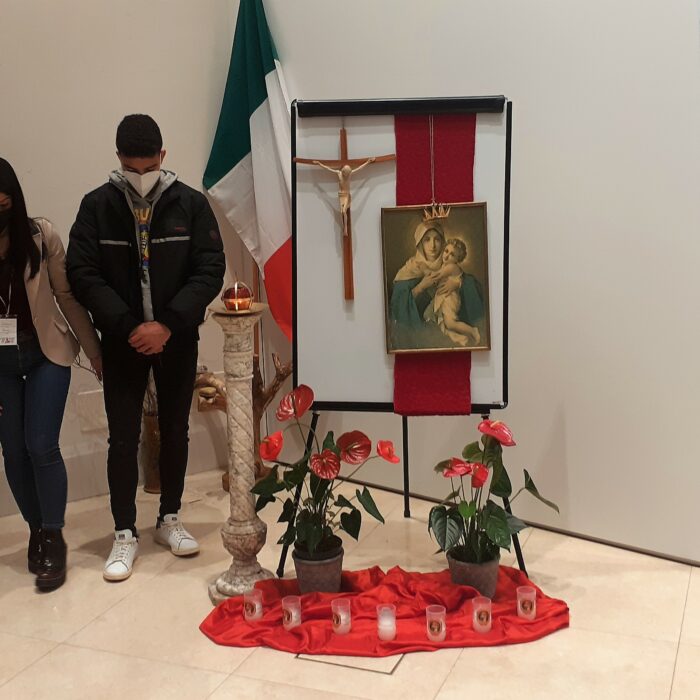 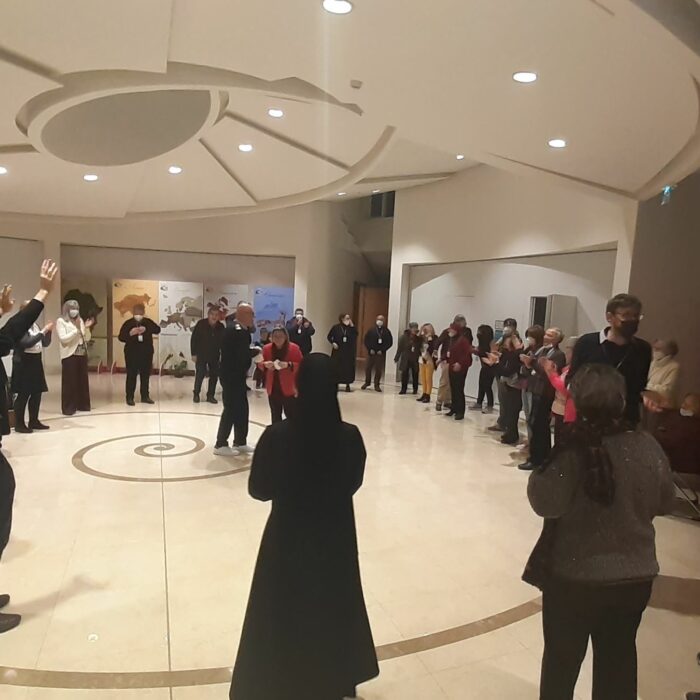 The Expereince of a Family

On Saturday evening all of the participants were invited to the “Captain’s Ball”  and spent an hour full of joy and entertainment that was experienced even more intensively after the long period of restrictions due to the pandemic.  At its conclusion, we could re-live and internalize the visits of our father and founder in Rome through pictures and reports. 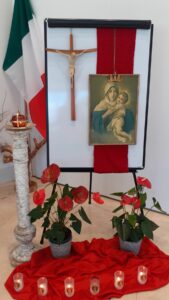 One of the participants, who watched the video of Father Kentenich’s visit to Belmonte and saw our father and founder walking through Belmonte, shared her feelings: Although she has been to these places so many times, in the context of the experience of this meeting, she experienced the grace and meaning of being in the same place where Father Kentenich spoke of his vision of the Church of the future.

The First Home Shrine in Italy

– from country to country – from heart to heart!