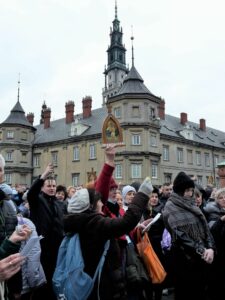 the Queen of Poland

With great joy we could be together again after two years of (covid) restrictions and the consequent interruption of our annual meeting. It was different than previously because the intermittent time had changed us—for the better we trust! We repeat with our father and founder: “To her we also owe the great grace that all the mighty stones which were meant for our destruction became a powerful stairway which led us safely to God and into the world of our mission and task.”  (Second Founding Document)

This time the program began with Holy Mass at 1:30 pm after which we prayed the stations of the cross outside. Representatives of the Apostolate of the Pilgrim MTA of Schoenstatt were responsible for the program.  Everyone who was present at noon and those who arrived around 5 pm met in the auditorium where we heard a rousing talk and various testimonies. The theme was:

The Apostolat of the Pilgrim MTA of Schoenstatt i 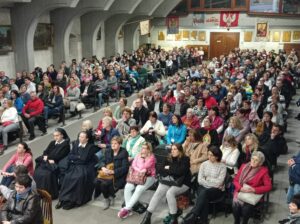 Here are some thoughts from the speaker:

“I must confess that in many cases the restrictions related to the pandemic were “by-passed” by the Pilgrim Mother herself in a certain sense. In the beginning we tried to stop all activity of the Pilgrim MTA. But this was only for a short time, and this news never reached some circles.  In the first months of the pandemic the Pilgrim MTA was the only guest in the house of families that received her. The Blessed Mother came and stayed, sometimes during a time of quarentine and sometimes accompanying  families durng hospitalizations. Her presence brought strength, helped the people overcome a difficult time of illness or the death of loved ones…

It is amazing that during the pandemic, despite all adversity, many new circles were formed. The computer program recorded 498 new circles between March 2020 and March of this year.

One such example is the Archdioces of Wroclaw (Breslau) which has 65 circles of which 40 were founded during the pandemic. There was no planned event there, no apostolic Sunday—that is a presentation about the Apostolate of the Pilgrim MTA during the Sunday Mass. Information was passed on from person to person. In this way bonds of apostolate were formed.” 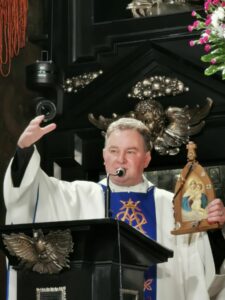 At 9:00 pm we met for roll call in front of Our Lady of Jasna Góra. Some returned home with hearts filled by the experience. Others came to spend the night with the Mother of God and with the Schoenstatt family. The members of the Apostolate of the Pilgrim MTA of Schoenstatt came to Częstochowa (Tschenstochau) via 20 buses, by train, or with their own vehicles.

– Thank you for yesterday’s beautiful vigil in Jasna Góra. Strengthened by this meeting and the testimonies we can continue our activities.

– Many thanks that you prepared such a wonderful, prayerful event in Jasna Góra. The pilgrims were very happy. I think the seeds sown will bear fruit in the future.

– After this prayerful gathering, I am very positively charged by the Blessed Virgin Mary’s power, delighted and impressed that so many people attended the Stations of the Cross and the conference. And the youth at the end, just wonderful! The older among us were surprised, great, really great!

– Many thanks for this event. It was wonderful. I am convinced that the Blessed Mother was proud of her Schoenstatt children and also that Jesus was happy about our presence, our prayers and our singing. 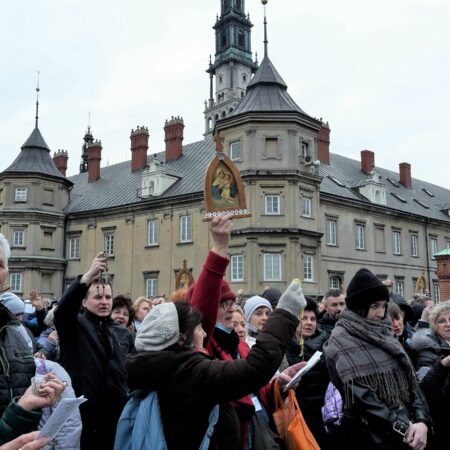 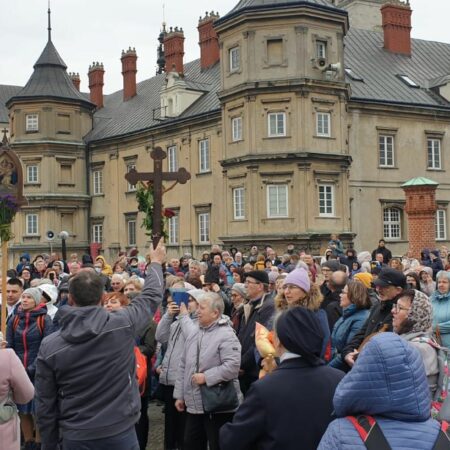 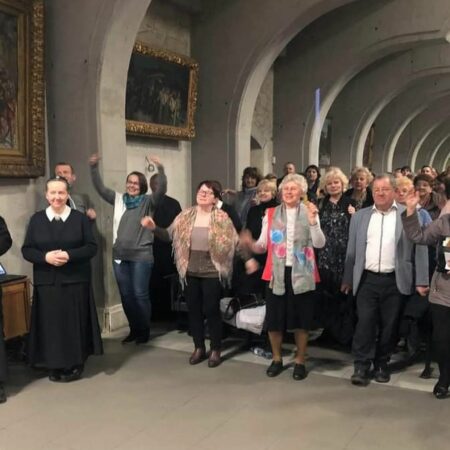 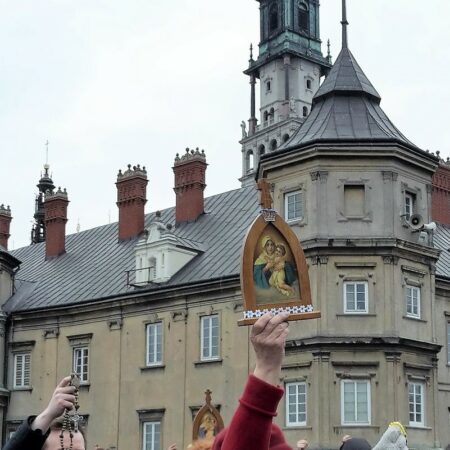 We thank all the pilgrims who came, especially those who prepared a testimony and shared it with us. Thank you for organizing buses and for supporting each other on the journey of faith.