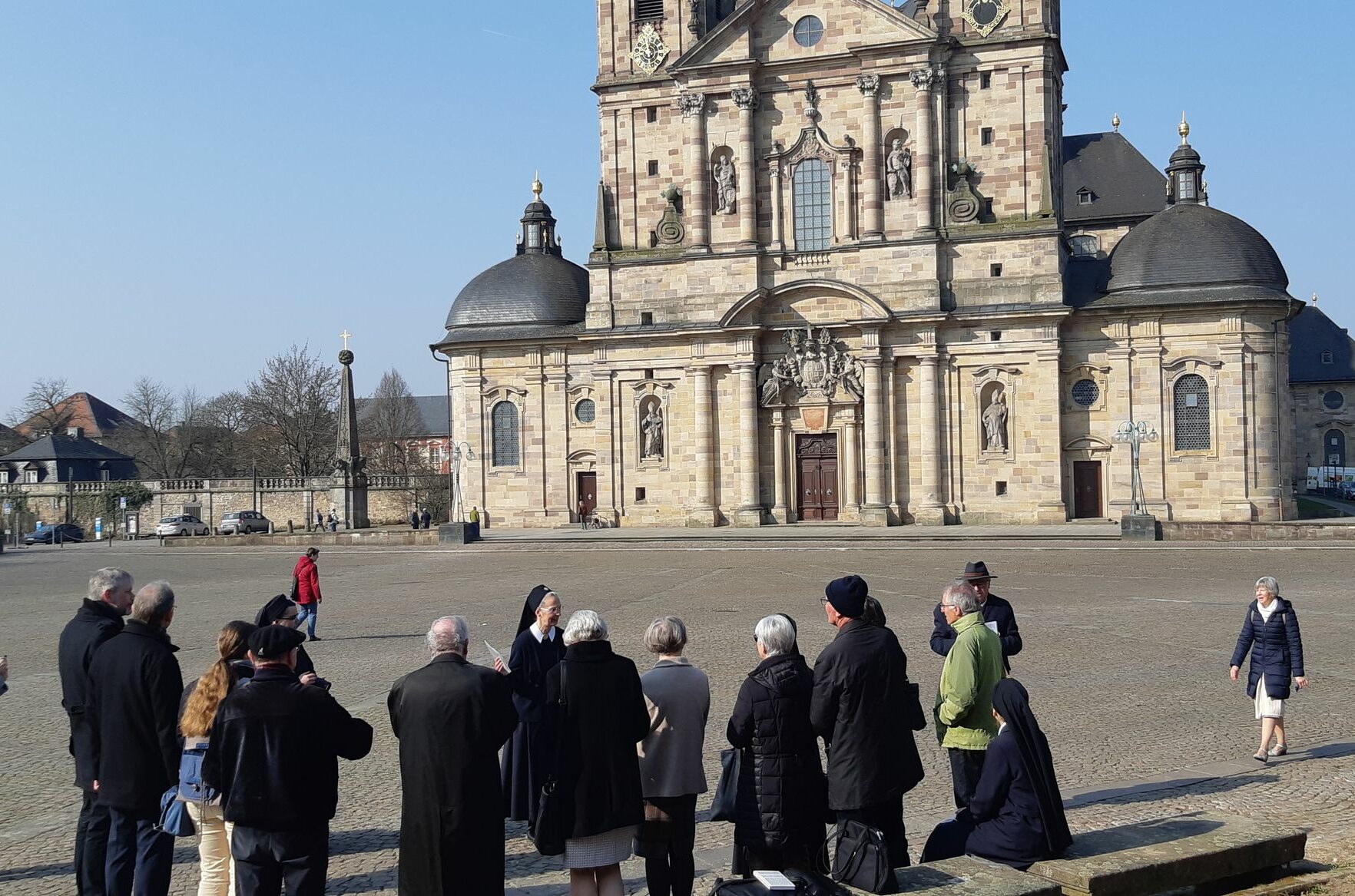 Opening of the Jubilee Year of the Pilgrim MTA Apostolate in Fulda, Germany

The jubilee team of the Apostolate of the Pilgrim MTA project opened the jubilee year on March 25, 2022 in Fulda at the tomb of St. Boniface during a service with Bishop Dr. Michael Gerber, Fulda. Already at the beginning of the year the responsible team planned to begin the jubilee year at this place which is so important to the Christianization of Germany. We wanted to do representatively that which will culminate on October 1, 2022 at the Original Shrine: to dedicate our country, the Church in our country, the people in our country to the MTA in the covenenat of love. Now, because of the war, Pope Francis has surprizingly issued an invitation to consecrate the world to the Immaculate Heart of Mary on March 25. Divine planning aligned his intention and ours. 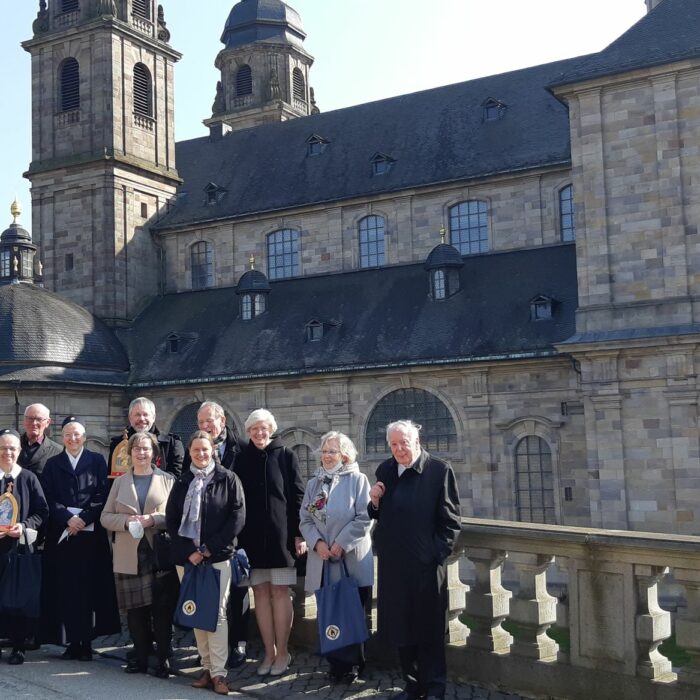 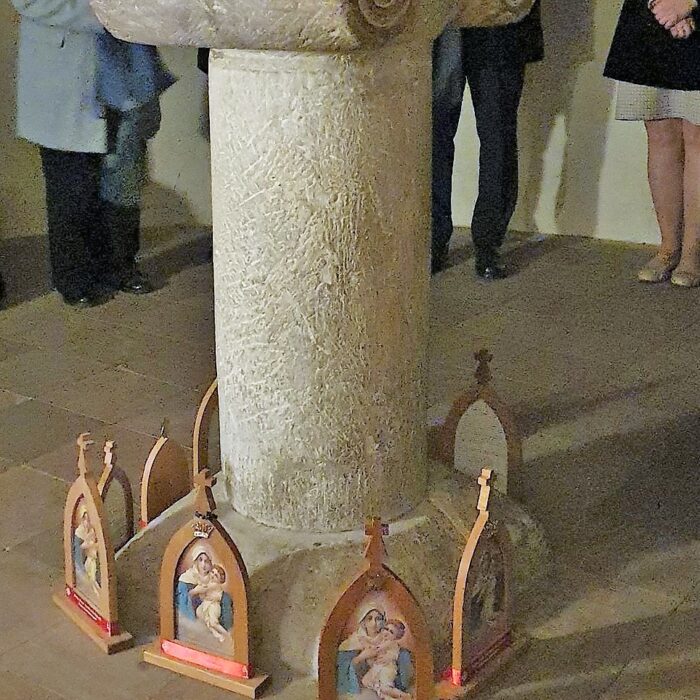 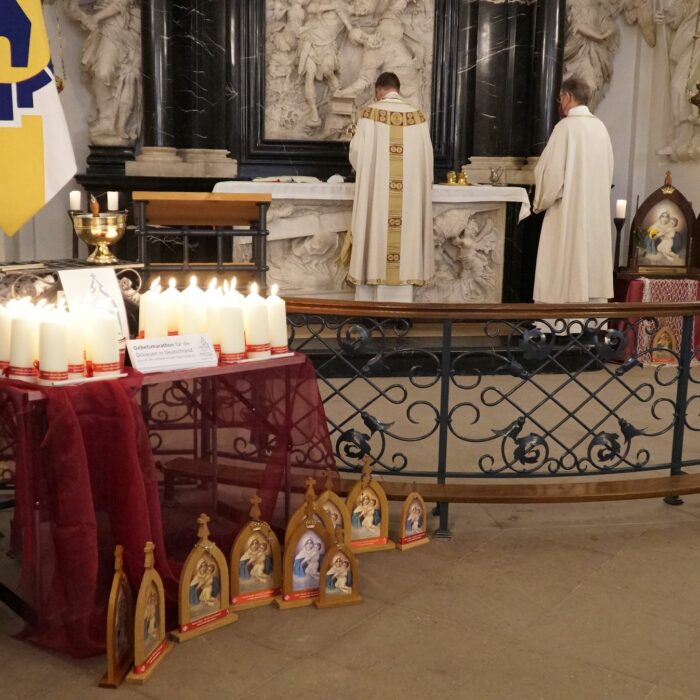 She is the great missionary. She will work miracles.

Together win Bishop Michael Gerber we renewed our covenant of love on behalf of Germany and prayed the consecration prayer of the Holy Father. We placed the intention of a Germany renewed in faith and for peace in Europe and in the whole world into the heart of the Mother of God with the conviction: “SHE is the great missionary. SHE will work miracles. We listened again to the voice of St. Pope John Paul II who during his first visit to Germany in Fulda spoke forecefully, “Many say that the history (of Christianity in your country) is now drawing to a close. I say to you: The history of Christianity in your country will now begin anew,  through you, through your witness formed in the spirit of St. Boniface!” (Pope John Paul II, 11-18-1980)

A marathon of prayer for the Church in our country

Twenty-seven candles were blessed during the event for the 27 dioceses of Germany and for their bishops. The candles will burn in the Original Shrine for the next 27 weeks. A marathon of prayer for the Church in our country will mark the way to the jubilee celebration on October 1, 2022 in Schoenstatt, Germany. Each bishop and his diocese will be the recipient of intensive prayer for a week. 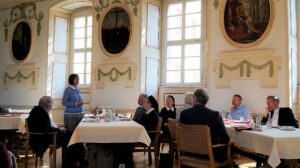 At the end of holy Mass the 20 members of the team were invited by Bishop Michael Gerber to lunch at the seminary. Individual representatives from the dioceses could then tell about their work with the Apostolate off the Pilgrim MTA.

“The church is built on Jesus Christ alone …”

After lunch the group visited yet another special place of Christianity in our country, the Church of St. Michael adjacent to the cathedral of Fulda. For 1200 years it has been a mighty sign and symbol of faith: On a single column rests the static of the entire church building, which was destroyed several times over the centuries and renovated and rebuilt again and again. “The church is built on Jesus Christ alone…”, this song has a special resonance in this place.

The next day the jubilee team made a pilgrimage to the MTA-Victory pillar in Dietershausen. The image of the MTA which looks far out into the country toward the east was an impressive sign that was underscored by Father Kentenich in 1945 when Germany lay in ruins:

“One great pillar alone remains in these ruins, an unbroken pillar. There she stands before us, the most blessed among women (the Blessed Virgin Mary) … And all who cling to this pillar are drawn into today‘s work of salvation, into today’s world.“ 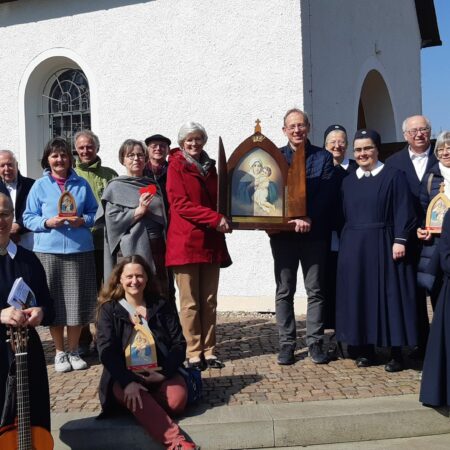 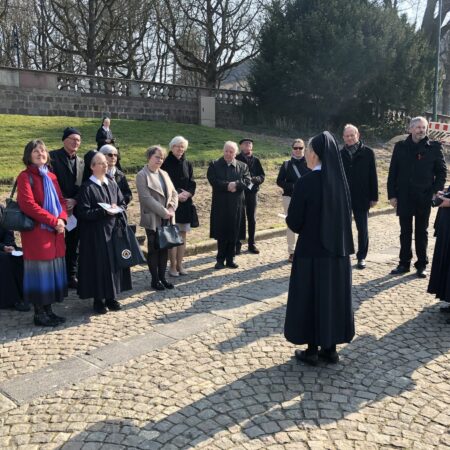 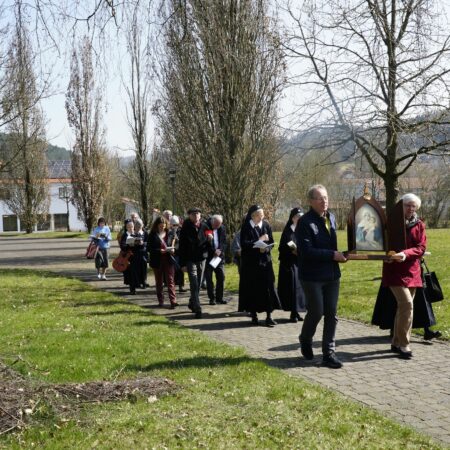 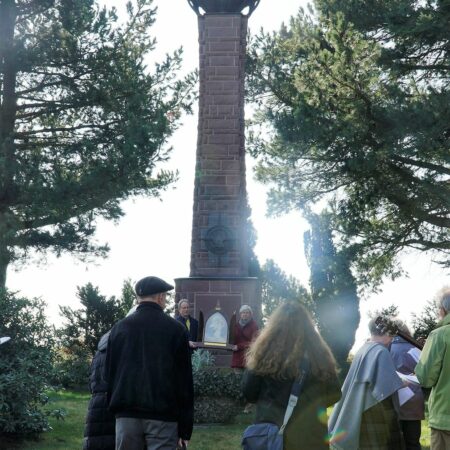 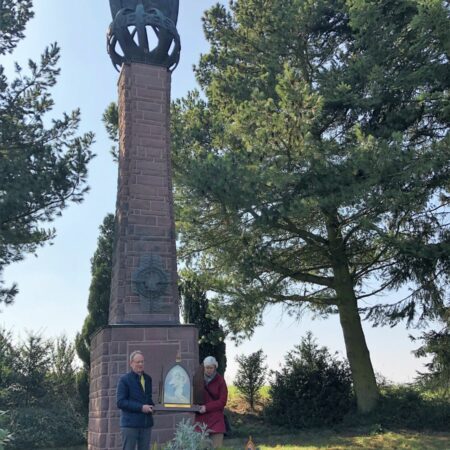 “Mother and child united in love …”

During the pilgrimage to the victory pillar we saw children and adults from Ukraine who have found refuge in the former province house of the Sisters of Mary. They looked with interest and it seemed were captivated by the group of people who passed by them singing and praying with a large image of the Blessed Mother.

Since 1978, our sisters and many of the faithful have repeatedly renewed the consecration of Germany to the Mother of God. Sister M. Louise Schulz explained to us the historical background which impressed all of us deeply. The Schoenstatt Center in Fulda is located not far from the memorial marking the inner boundaries of the former East and West Germany, “Point Alpha.”  At the time of the cold war, the troops from the Eastern block and the troops of NATO stood opposite each other here ready to fight. The belief is alive that prayer certainly played a role in the fall of the wall and contributed to the peaceful unification of Germany. We also prayed there  with great trust:

“Mother with the Child divine, descend on Germany’s (and Europe’s) plains, so that following in your footsteps it may find true and lasting peace. Mother and Child united in love, through you alone can our nation be healed. ” (J. Kentenich) 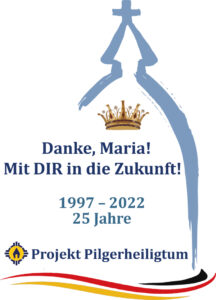 In the working part of the event, the team was very committed and motivated to concretize the elements of the anniversary year:

“The two days were like a week of retreat,” said one participant upon departure. Our jubilee motto has more meaning than before:

Thank You, Blessed Virgin Mary! –With YOU We Enter the Future