Investiture of Seven Novices of the Schoenstatt
Sisters of Mary in Burundi, Central Africa

On February 27, 2022, the community of the Schoenstatt Sisters of Mary celebrated a great feastday: the investiture of seven novices. It took place in Mutumba. At 9:00 am the young novices processed from the novitiate house to the Shrine of Confidence. They were accompaied by the provincial superior Sister M. Gloris López, the delegation superior Sister Lisette Seitzer and the director of novices Sister M. Virginie Ndayisaba. In the shrine they silently prayed and entrusted their vocation to the Mother Three Times Admirable. The novices were also accompanied in procession to the parish church by their parents, members of the Schoensatt Movement, Sisters of Mary, and about 20 priests. Vocational hymns enriched the procession and the novices carried lilies in their hands. 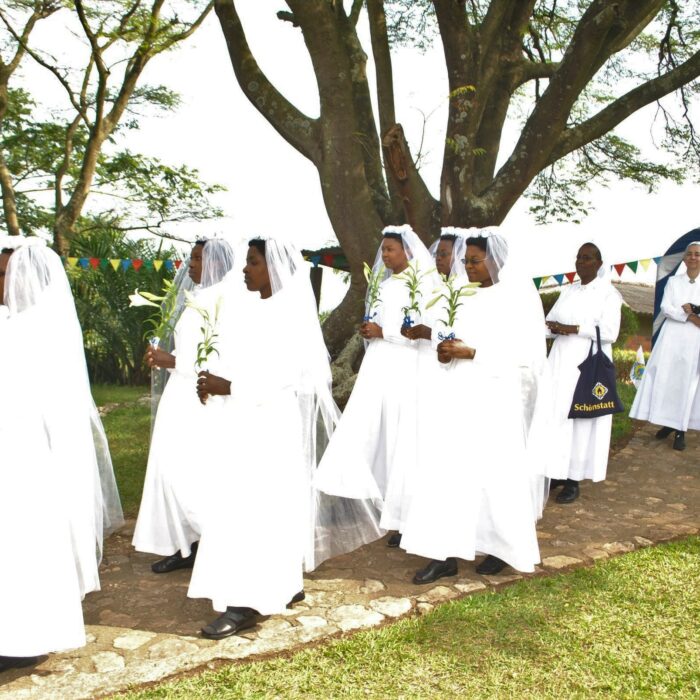 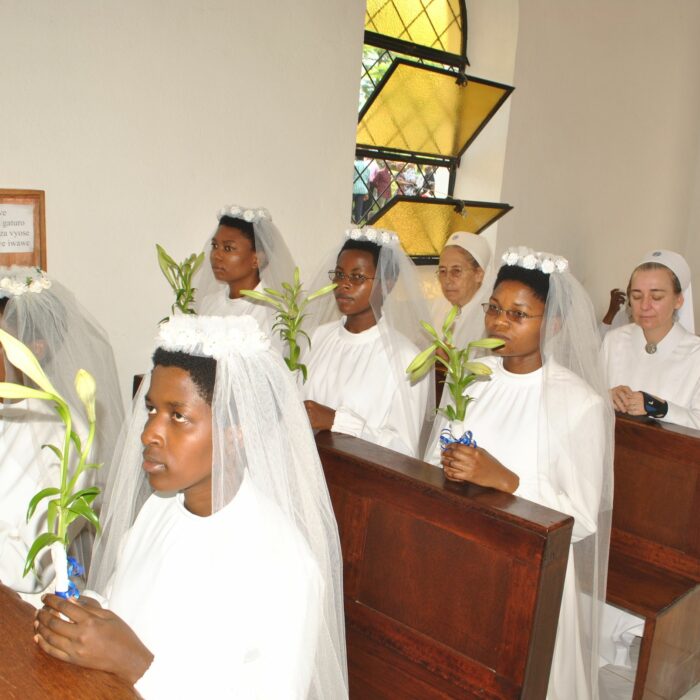 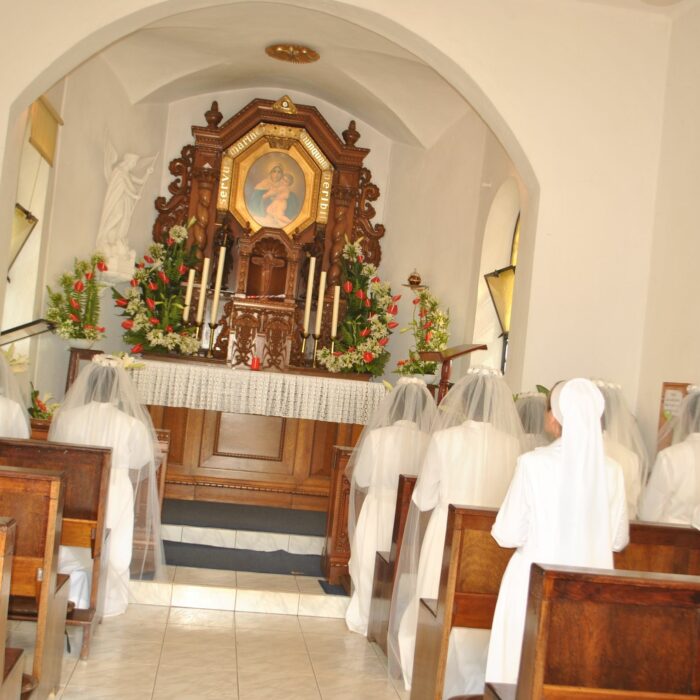 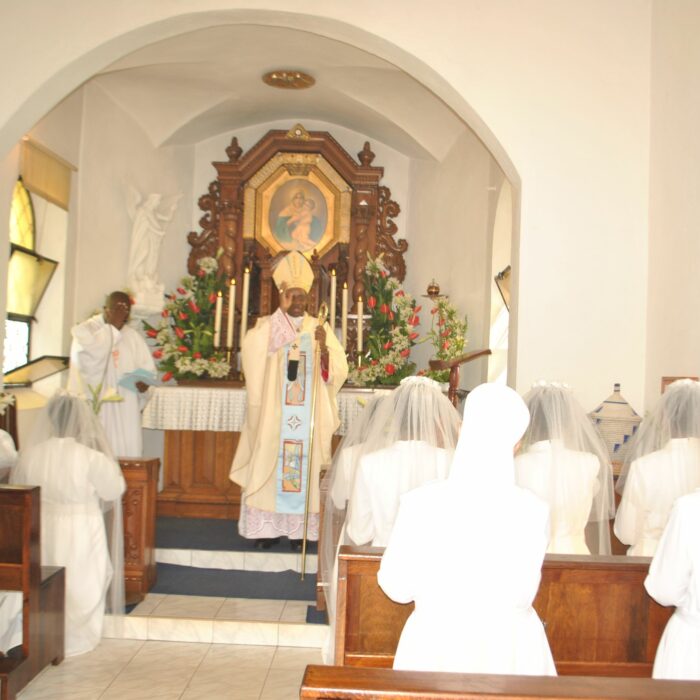 So they will be happy

The archbishop of Bujumbura, Bishop Gervais Banshimiyubusa led the celebration. He pointed out in his homily that we should reflect on the readings in the light of our lives individualy as disciples of Jesus of whom we are. With their new dress, the novices are called to be and remain disciples of Jesus, also when they are old. In this way, they will find happiness.

The invesiture of the novices is a sign of faithfulness to and love for their vocation. They will be called by a new name “Mother.” The novices have consecrated themselves to the Blessed Virgin Mary, and the mother is of great importance in the culture of Burundi.

The celbration began with an explanation of the five symbols that comprise the new attire of the novices. After a hymn to the Holy Spirit, the provincial superior called the individual novices by name and the choir sang the Litany of the Blessed Virgin Mary. The archbishop blessed the dresses of the Sisters of Mary. He told them that the Lord would take away their former person and clothe them with the new person in the image of God. Thus he handed them the dress, the belt, the veil, the medal and the candle. The novices left the church and appeared again in their new dresses when brought the gifts to the altar for the Offertory of the Holy Mass.

Request for prayer – also for peace

Toward the end of the Eucharistic celebration a representataive of the novices spoke expressing her joy and gratitude and asking for prayers to strengthen their vocations since they are standing at the beginning of a long journey.

Before the solemn blessing, the Archbishop announced the prayer intention of the Pope for the time of Lent, for the end of the war in Ukraine, and for peace in the entire world. He reminded us that during this time the Christain family should make special efforts to fast, to avoid evil, and to show love. 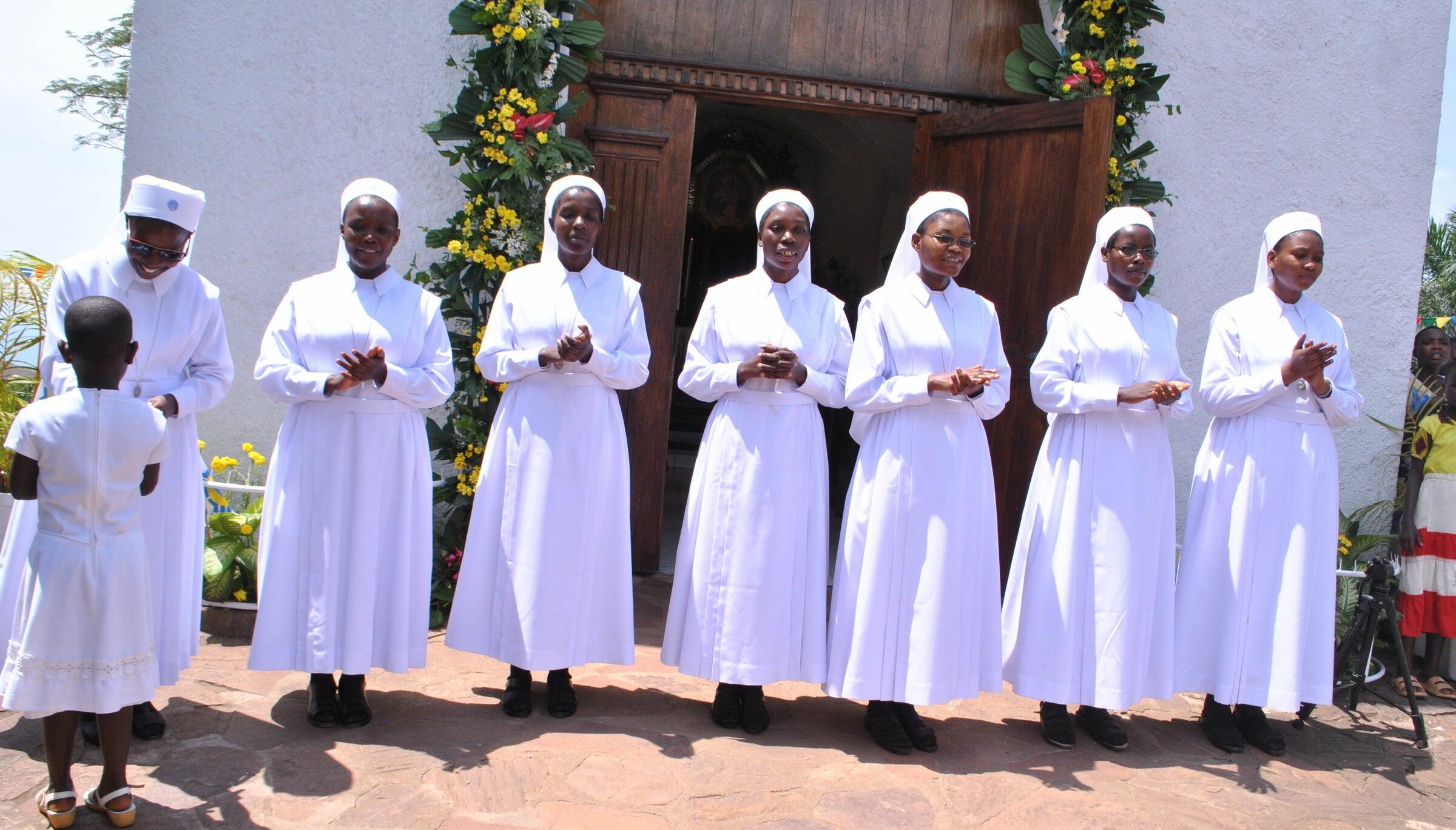 Following the Mass there was a long procession to the Shrine of Confidence. Marian hymns determined the rythm of the procession. After that, the guests were served a noon meal in the training center for catechists.  Various people spoke and expressed their joy and gratitude for the success of this feastday:

– The provincial superior of the Schoenstatt Sisters of Mary expressed her joy. She thanked everyone who contributed to the preparation and success of this celebration. 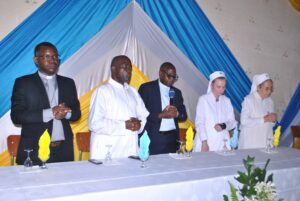 – A priest of the community of the Schoenstatt Fathers expressed his joy and thanked the Lord for everything. He said, he appreceiates that there is good cooperation with the sisters. He congratulated the novices, the parents, those present, and invited them to be united in prayer.

– A Congolese parent stood up and introduced the entire Congolese delegation.

– A representative of the parish congratulated the Sisters of Mary and expressed appreciation for all of the initiatives of the sisters to improve the living conditions of the people in this locality.

– The Episcopal Vicar of Buhonga spoke on behalf of the bishop who had another commitment. 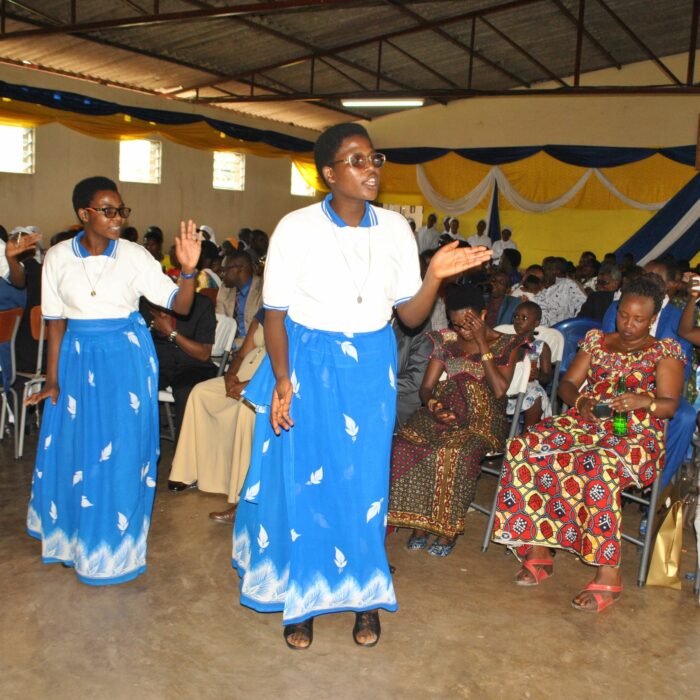 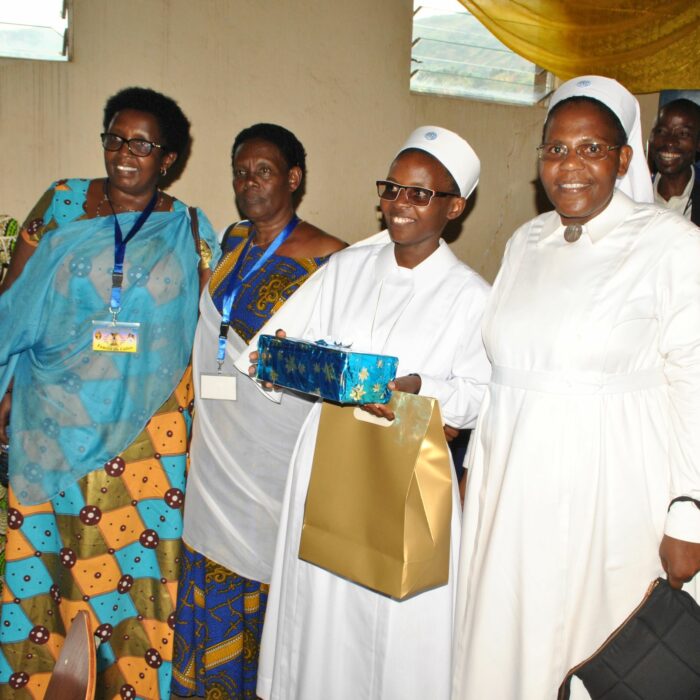 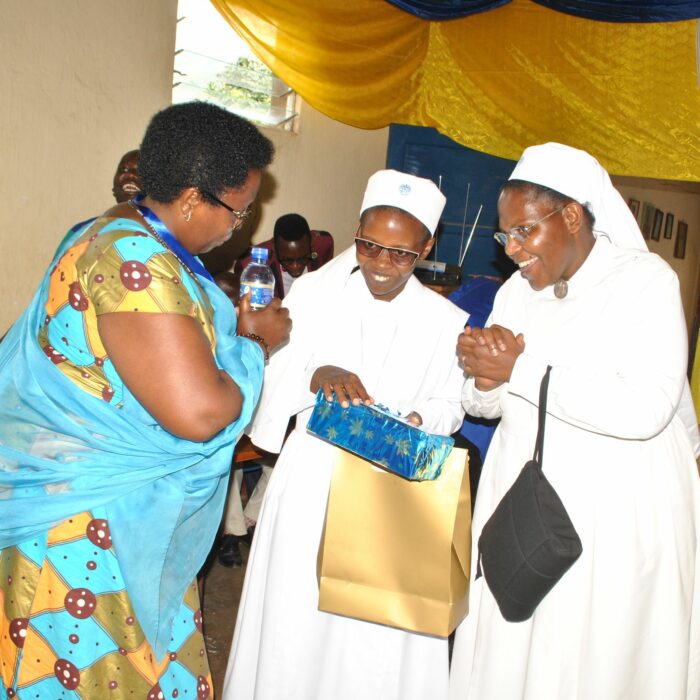 The dances of the Children of Light and of the candidates of the Schoenstatt Sisters of Mary lightened the atmosphere. The celebration ended with the presentation of gifts by parents, relatives and friends of the novices.

* In Burundi members of religious communities are not addressed as Sister Maria, but as Mother  Maria.