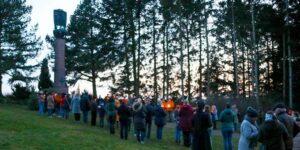 It was a spontaneous idea 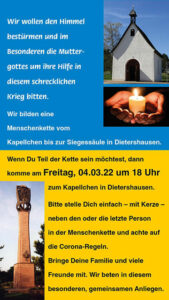 that made its round on social media. About 150 people came to the Schoenstatt Center in the Diocese of Fulda to pray for peace and to show solidarity with Ukraine. Representatives of the Ukrainian refugees who have have found accomodation in the former province house of the sisters were in attendance.

Ninety refugees from Ukraine have been given shelter

in the former center of the Sisters of Mary

In the past days about 90 refugees from Ukraine have arrived here in Dietershausen. In the former center of the Sisters of Mary, the Christian community Rhoen e. V is granting the refugees safe accomodations following the attack on their country. The citizens of Dietershausen and the surrounding area are providing a well of solidarity and support. 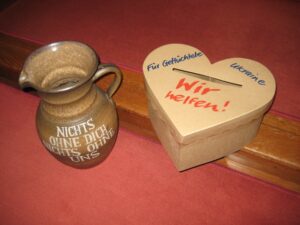 Together with the sisters, Ilona Wehner, a citizen of Dietershausen who is active in the Pilgrim MTA Apostolate of Schoenstatt, issued the call to this evening of action. She relates:

“I woke up only a miracle can help. 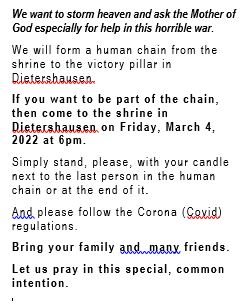 The situation is so complex—we have to storm heaven and ask for a miracle. We have our faith and we should pray for this. We have a shrine here at our place and the victory pillar and the idea came to me to invite everyone to form a human chain of lights!”

An overwhelmingly great show of compassion.
“With their families, the people have shown that it is very important for us to stand together. The people in Dietershausen and beyond have already brought many donations. Despite that, there is an urgent need for financial donations because the large house has to be heated and the families need money so they can provide for themselves independently.“

Ilona Wehner tells of the greatest wish of the Ukrainians who have been brought to safety:

“That the war will end and the people can return again to their home as quickly as possible. Some families fled together. That is, fathers and mothers with their children. There are also many mothers alone with their small children who are very worried about the rest of their family.“ 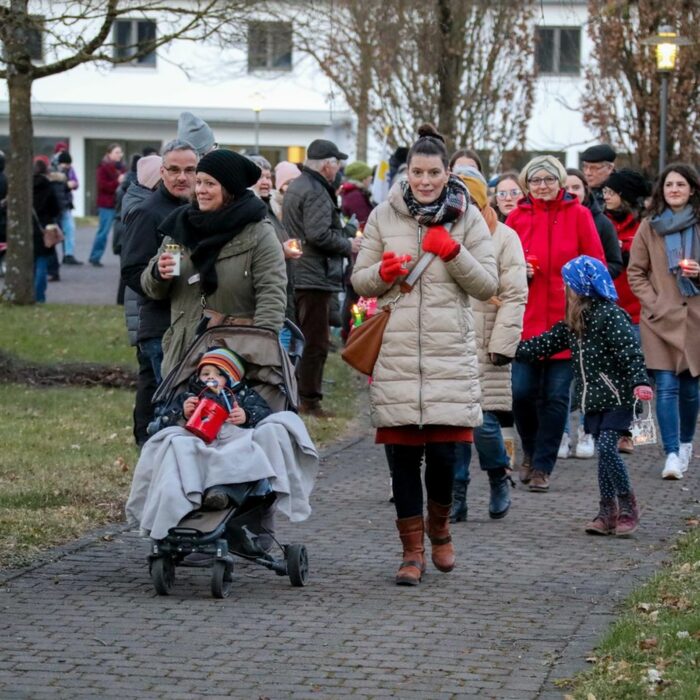 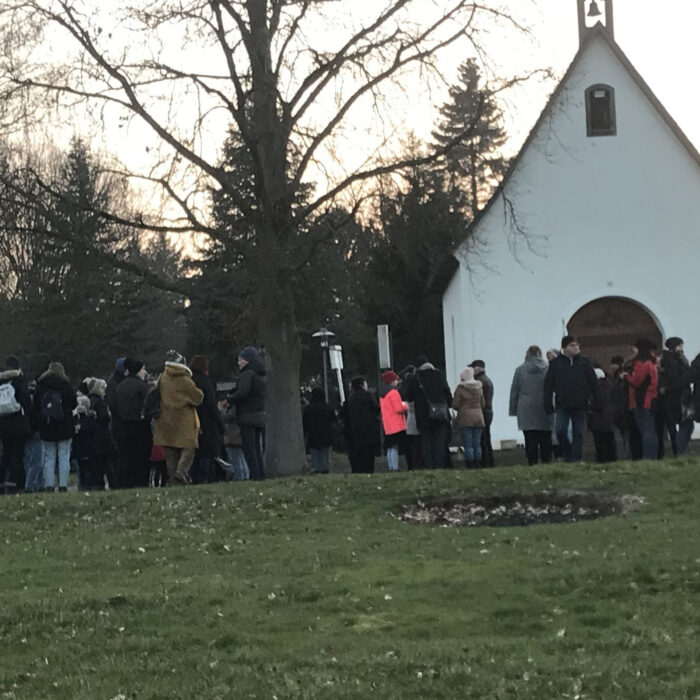 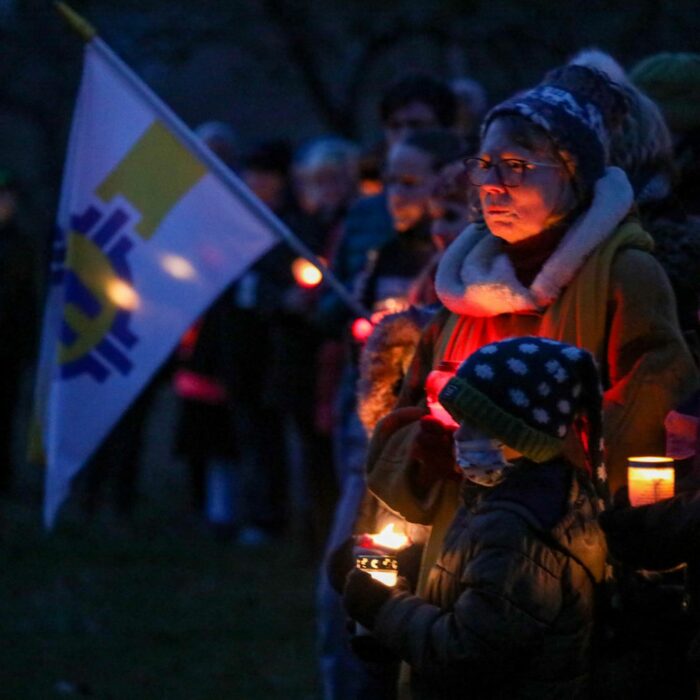 The power of prayer

After common prayer at the shrine for peace, the human chain was formed (while maintaining  corona regulations). It reached from the shrine high to the victory pillar in the park by the former province house.  This Marian pillar was put up during the time of the cold war as a sign of trust in the victory of divine powers over hate, violence, and terror. The dedication of Germany to the Mother of God is renewed here annually. Since 1989, a cross made of wire from the no man’s land  between the German borders (of that time) is a reminder of the peaceful change and the power of prayer.

In the meantime it had become dark and the people prayed intensely with their lights in hand. A representative of the refugees from Ukraine spoke in Russian—it was translated—moving words of gratitude. He told about the situation of his family and gave an impressive testimony about this convicion as a Christian and his trust in God even in this most difficult time of his country.

A Video from the East Hessen News