PRESENTATION OF CERTIFICATES TO SEAMSTRESSES

IN THE “GOOD FUTURE” CENTER IN BUJUMBURA/BURUNDI 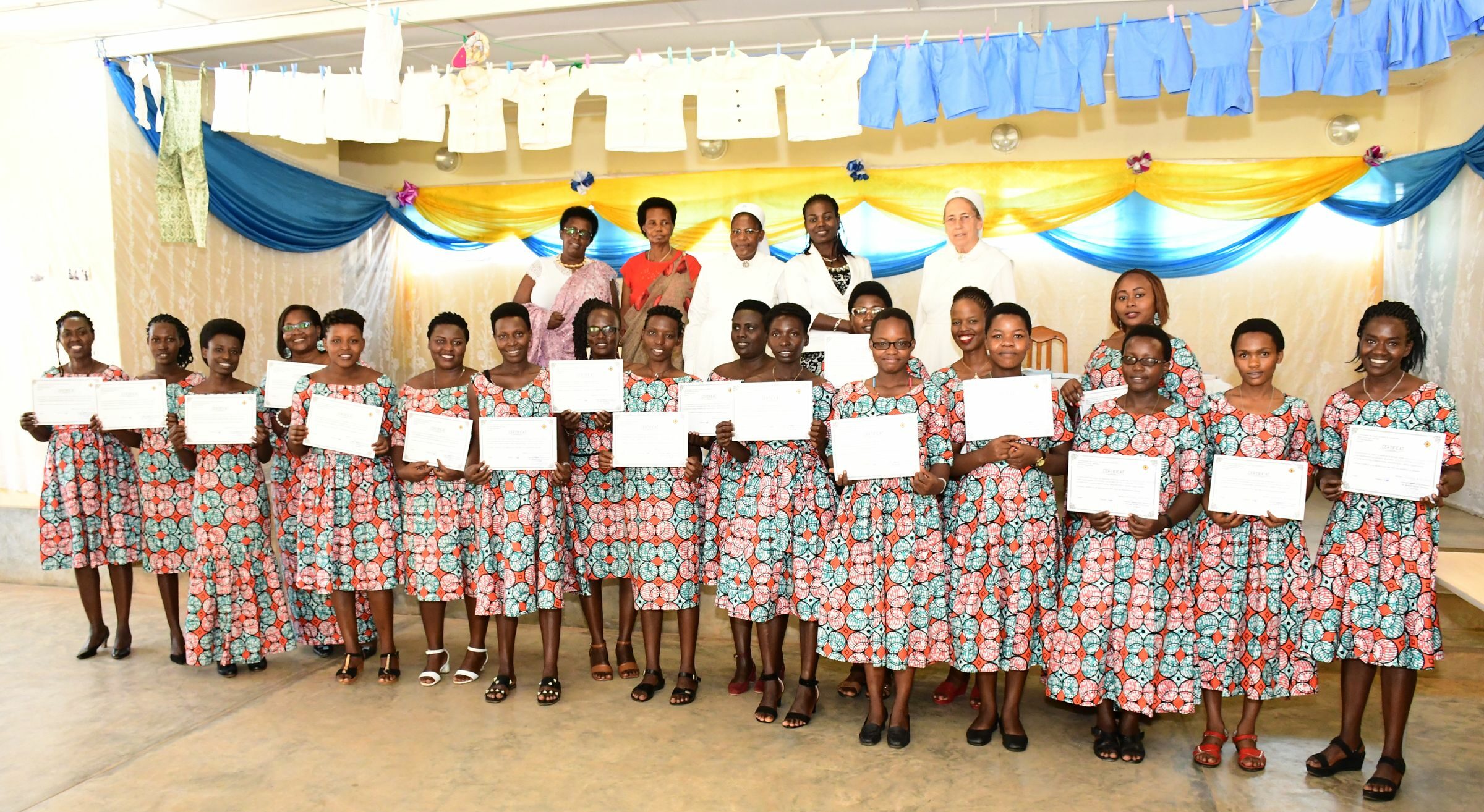 On Friday, August 6, 2021 a celebration took place at the Queen of Confidence Center of the Schoenstatt Sisters of Mary in Bujumbura/Schoenstatt-Mont-Gikungu.  Certificates were given to seamstresses who had completed a course at the Akazoza-Keza (Good Future) center. For six months, twenty unemployed young and older women enthusiastically participated in a course to become seamstresses.

Supported by members of Schoenstatt who are scholars in Germany, the Sisters of Mary opened the “Akazoza  Keza” Center on February 6, 2021.

The educational system in Burundi offers little direct access to a profession; generally the vocational training is clearly insufficient. Because poverty is an important factor hindering people from developing skills, from earning wages, from standing on their own feet, and above and beyond that, from growing in their faith, the center attempts to help the participants of the course to develop personal abilities and through their training provide them with access to a profession in life. The goal, therefore, is to train unemployed young and older women to become seamstresses so that they have an occupation through which they can earn a living. 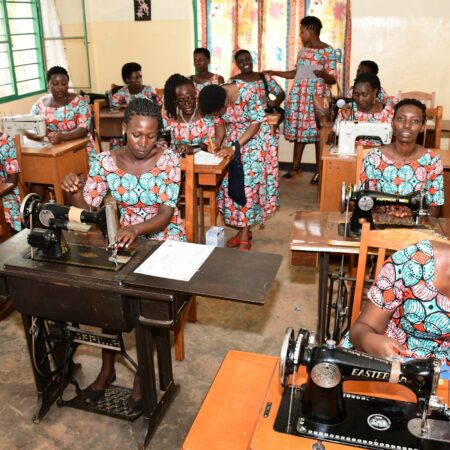 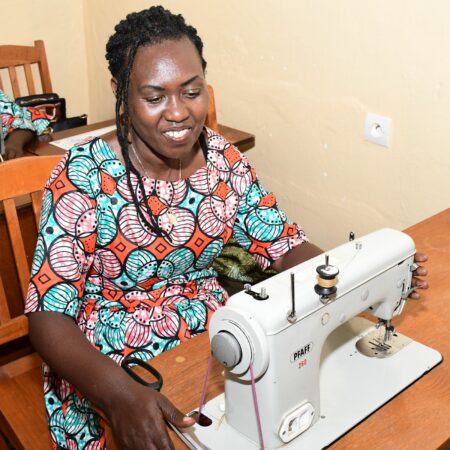 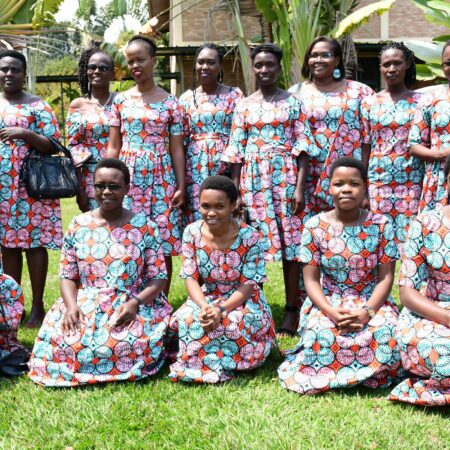 The ceremony of presenting the certificates began with holy Mass celebrated by Abbé Nicolas, Professor at the Major Seminary in Bujumbura. In his homily he congratulated the Sisters of Mary as well as the graduates. He advised them to always be aware that they are serving Christ by assisting the people with nice clothing. The Blessed Virgin Mary would be their example of giving service to society.

The presentation of certificates followed holy Mass. Ms. Juliette, of the Schoenstatt scholars‘ branch in Burundi, gave the welcome. 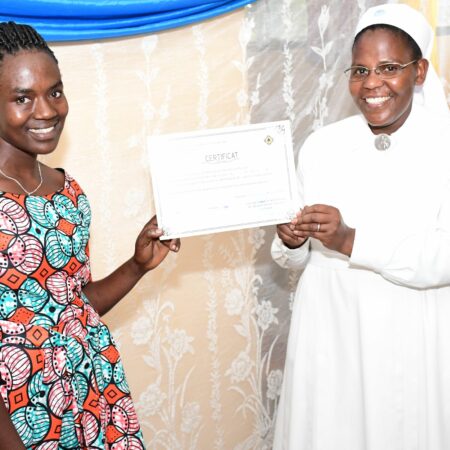 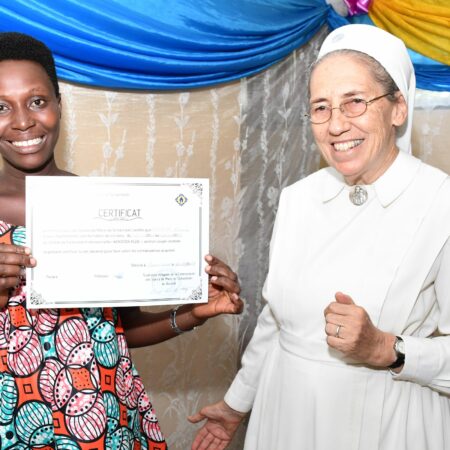 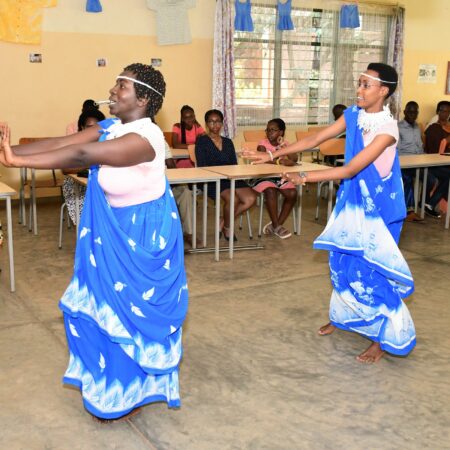 Through their dance, two young women of the academic community contributed to the success of the celebration and to a joyful atmosphere. Sr. M. Lisette, Sr. M. Françoise and the teacher of the course for seamstresses, Ms.  Adèle, as well as other members of the staff, presented the certificates. Ms. Adèle had words of praise for every single participant. One had a two-month-old baby and, nevertheless, persevered despite many family responsibilites and tasks. Another found it difficult to use the sewing machine and went to the Schoenstatt Shrine to entrust everything to the Mother of God. 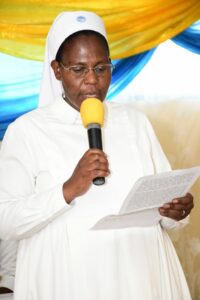 Expressions of gratitude from the graduates to the sisters and to their teacher followed. The celebration closed with words from Sr. M. Françoise. She congratulated the participants for staying the course the entire six months. She thanked the teacher for her zeal in giving the classes, and Sr. M. Françoise also included everyone near and far who had contributed to the success of the project, including, for example, the scholars‘ branch members of Germany. Would that God bless them all! She expressed her hope that the graduates of the course who had just received their certificate could move forward and leave unemployment behind. That would encourage everyone to continue this vocational endeavor. Of course, after refreshments were served many photos were taken of the dresses the graduates had sewn themselves.