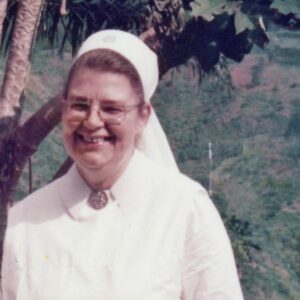 When there were wars in Burundi, Central Africa, rebels planted a mine unbeknownst to Sister M. Claudine on a road she would travel. The mine exploded as she drove a car over it. She died on May 1, 1997.

Sister M. Claudine was born on May 9, 1939 in Switzerland. Already during her novitiate (1965) she was assigned as an out-patient nurse. This assignment lasted for six years. She was held in high esteem by people. In her uncomplicated and down-to-earth manner she quickly won their hearts. She was a nurse and midwife with body and soul, loving the children especially.

In 1980, Sr. M. Claudine voluntered to be assigned to our mission station in Burundi. There she worked as a qualified and competent nurse and midwife. With a great deal of empathy, she empowered the indigenous (Schoenstatt) Sisters of Mary to take over tasks independently in the hospital, the outpatient center, and the maternity ward. One always knew where you stood with  Sr. M. Claudine. She was original, spontaneous, and open. There was depth and sensitivity beneath her rough exterior.

Sr. M. Claudine was the first (Schoenstatt) Sister of Mary from the French speaking region of Switzerland. Father Kentenich told her in a conversation that she had a mission for the French speaking world. She translated talks he had given. She felt co-responsible and had plans to do still more for the indigenous sisters. When she was postulant mother, she brought the postulants to a clear-cut decision with this question: “What have you come for?” (St. Bernard). She created a joyful atmosphere so that the postulants felt at ease. 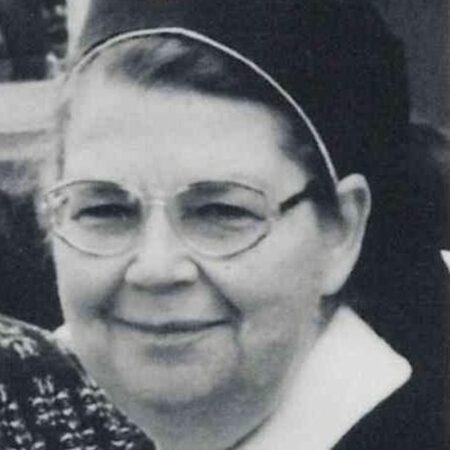 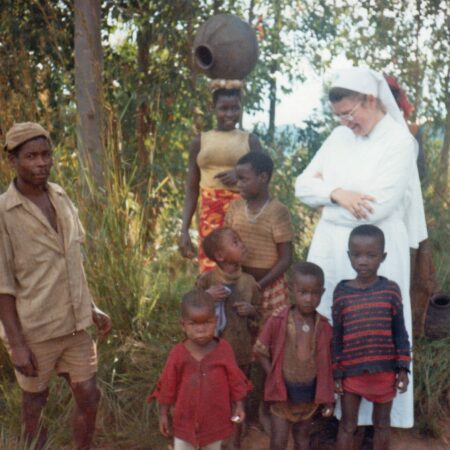 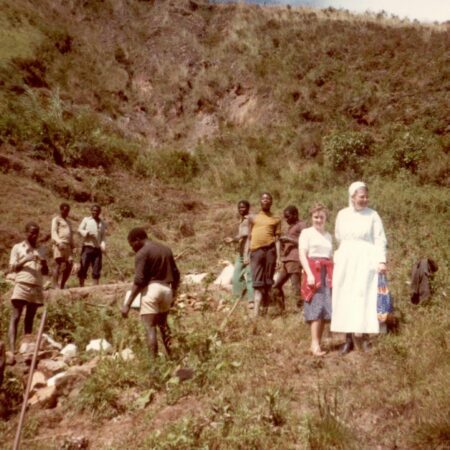 Carried by nothing but trust

Sr. M. Claudine provided help and support to the people in the difficult political situation. They came to her for help and support with anything and everything as needed. She knew how to be a genuine mother to the people. When families were endangered due to the war, Sr. M. Claudine hid refugees. She courageously stood up for their rights, often risking her own life. In her empathetic way, she suffered the fate of the people. It was very difficult for her to be unable to give life-sustaining food to people who were starving. Bearing this helplessness was not easy for her. She made use of the situation in Burundi to become evermore deeply at home in the heart of God and the Blessed Mother. Numerous times Sr. M. Claudine said that the one and only thing that kept her going her was trust in supernature. She wrote:

“I belong entirely to God, I am his property. Convinced of this, I live in situations of utmost precariousness. I belong to our dear Lord and no one can do anything bad to me unless HE wills it …! I am in the hand of God, in the heart of the Father.” 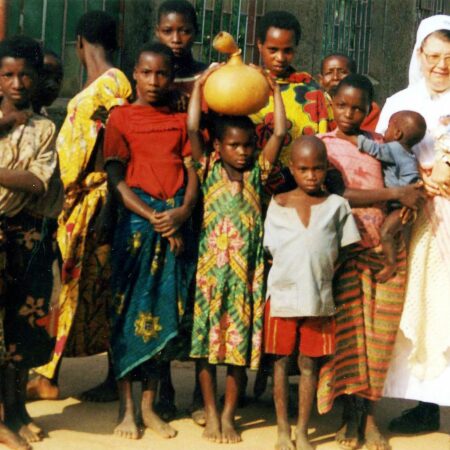 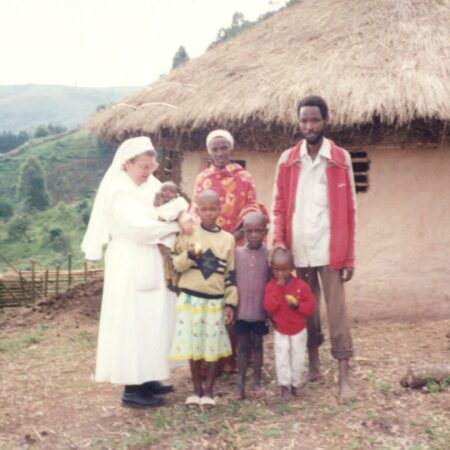 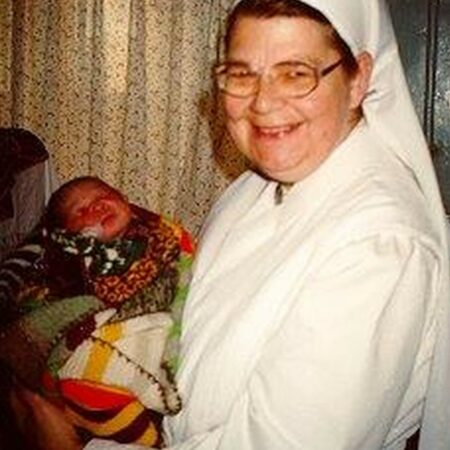 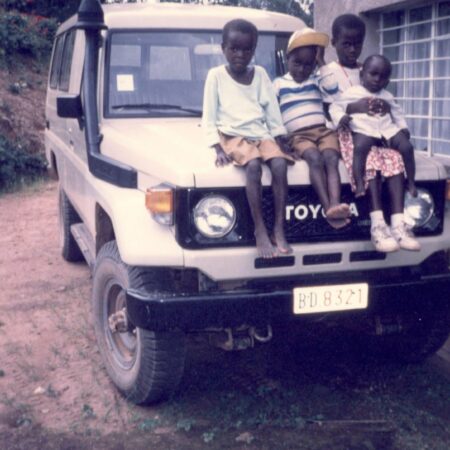 On May 1,1997, Sr. M. Claudine drove a woman to a hospital in the city. The woman was experiencing complications with her pregnancy. Underway, they were stopped by rebels who were armed with weapons and grenades. The rebels demanded that she hand over a person who also was in the car. Sr. M. Claudine refused to hand over this person saying that she treats all people equally and doesn’t differentiate between ethnicities. The rebels demanded a large sum of money (which she gave to them).

A final greeting to the Blessed Mother

Before Sr. M. Claudine returned home, she paid a short visit to our (Schoenstatt) Sisters in the city. There she procured powdered milk for starving children. She left for home as soon as possible. She asked one of the  indigenous sisters to greet the Mother of God in the shrine for her. With this final greeting to the Blessed Mother she began her return trip. Shortly before reaching her goal, she drove over a mine and presumably died on the spot. Many people were in attendance at her the funeral. She was buried near the Schoenstatt Shrine. 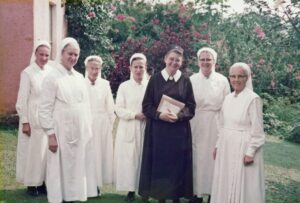 At her funeral, the  Nuncio stated: : “The violent death of Sr. M. Claudine touched me deeply. She was a courageous woman, uncompromising when it came to defending the good of her brothers and sisters. She dedicated her life to the suffering, to those on the margins of society, in whom she recognized the face of our crucified Lord. Sr. M. Claudine joins a long list of consecrated people killed in Burundi since 1993 – all martyrs, that is, witnesses to the faith through their sacrifice of life.”