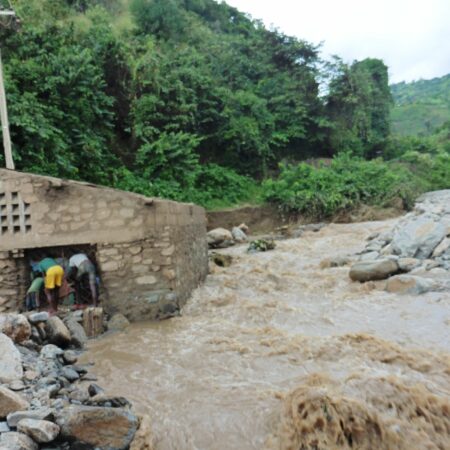 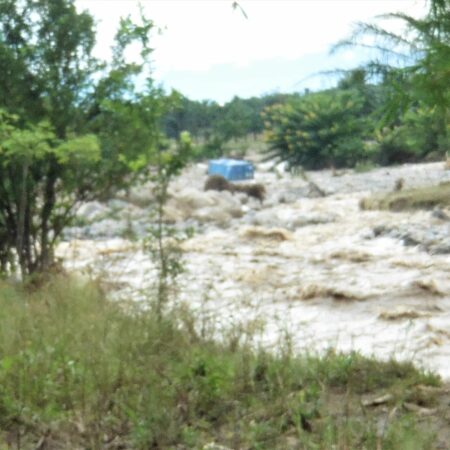 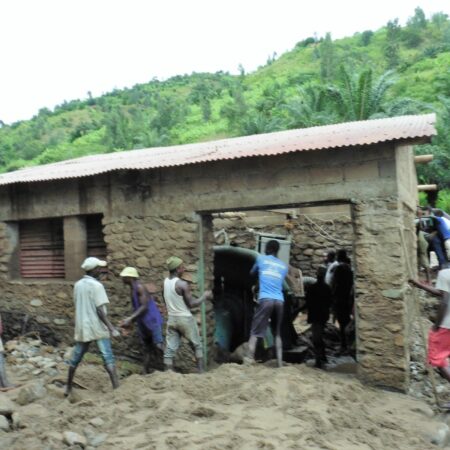 natural disaster in Mutumba and
the surrounding area.

On May 6, 2021 it rained profusely in the mountains. There was flooding in various places.

The whole drinking water system for us sisters and for the population of the surrounding area was destroyed as well as the reservoir from the springs in the mountains. Consequently, there is a lack of drinking water for all of us: for the hospital, for the maternity center, for the schools, for the parish, for all the families in our neighborhood, for our 28 sisters, etc. 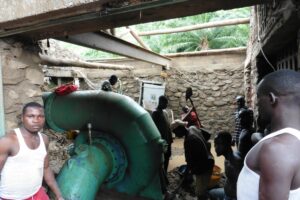 The turbine house* is filled with water

In addition, the Kirassa River, on which our hydraulic turbine plant is located, is so flooded and is so wild that it has destroyed the upper channel which is a pathway for water to enter the turbine. The river flooded its banks, rushed towards our turbine house, broke the windows and filled the turbine house with water, sand, and large boulders. The pressure was so great that the interior doors burst and many things (tools, spare parts, and an entire  cabinet) from the turbine house were swept away. There was a container in front of the house. This, too, was swept away by the river and deposited a good kilometer further downstream. The entire access road to the turbine house is washed out and is now a ditch about two meters deep.

A bridge not far from the turbine house was destroyed by the Kirassa-flood, the only access street from the north to the south in the country. This, of course, required the attention of many authorities in the country and their action upon it. When I went to the turbine house on Friday, May 7, at the bridge I met a minister of the environment, the secretary of transportation, and commissioners of the military, who were to bring a dredger to work in this area. We asked that they not only repair the bridge but also the river above our turbine house–to rechannel it back to its original riverbed. 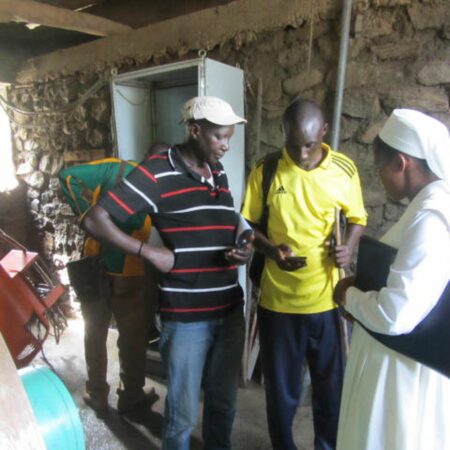 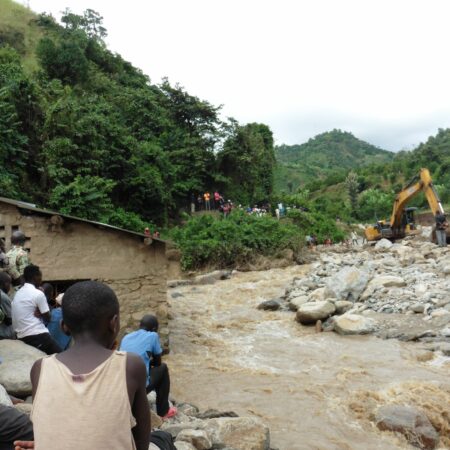 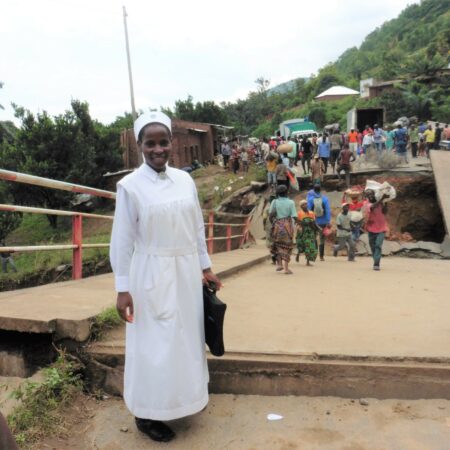 Uncertainty, how will this continue 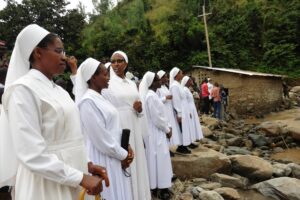 Electricity for 43 years – and now?

Since 1978 the turbine supplied the entire elevation with electricity: all of the schools, the hospital, the sisters’ house, the parish house, small businesses such as a sewing center, a carpenter’s workshop, the blacksmith’s workshop, etc. In 2010 the turbine was completely overhauled and renewed. And now? What do we do now? Now we are all without electricity. Do we need to look for solar panels? For a big powerful generator? We do not know.

Today May 14, the drinking water plant in the mountains could finally be repaired. A sign of hope in this difficult situation! We again have drinking water in the region. That is a great answer to prayer.  We hope that God, through the intercession of the Three Times Admiable Mother of Schoenstatt in our Shrine of Confidence, also shows us a way to get our electricity back!

* The turbine house is a building of our hydroelectric power plant which houses a number of components vital to the generation of electricity.

If you would like to help us, we would be very grateful. Donations can be sent to: