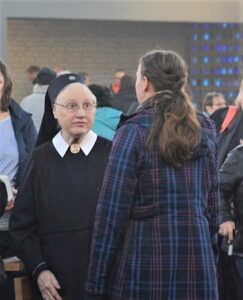 — Many Experiences, Many Risks, Many Blessing!

This year, not only numerous shrines in Germany celebrate an anniversary, but we Sisters of Mary commemorate the foundation of two house communities of our sisters in 1940 in northern Germany: in Wilhelmshaven and in Neuenkirche/Oldenburg.

Since September 14, 1940, there are Schoenstatt Sisters in the

In the chronicle we read:

“On September 15, 1940, the Blessed Mother sent three sisters from the little shrine (meant is the Original Shrine) to the Diaspora area on the North See – Wilhelmshaven. During the solemn inauguration in St. Willehad, the following was prayed among other things: “Mother, take this community and work miracles of grace in it. This is your area.”

It really was an extensive area encompassing the settlements of Voslapp and Federwardergroden which were to accommodate about 20,000 people…Driven by the need to survive and obliged to work in the shipyards, due to armament, more and more people from all parts of Germany sought a new home for their families in these settlements.”

“Our sisters now come directly to the North See. There a new world is coming into being. May the sisters’ house community become a lighthouse, a ‘Maris Stella’…” 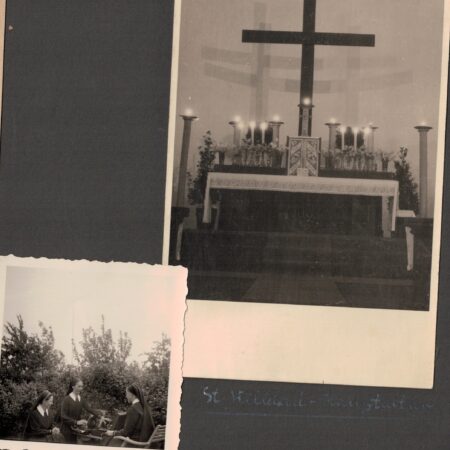 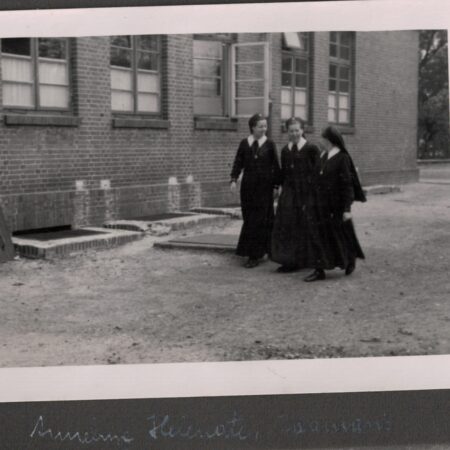 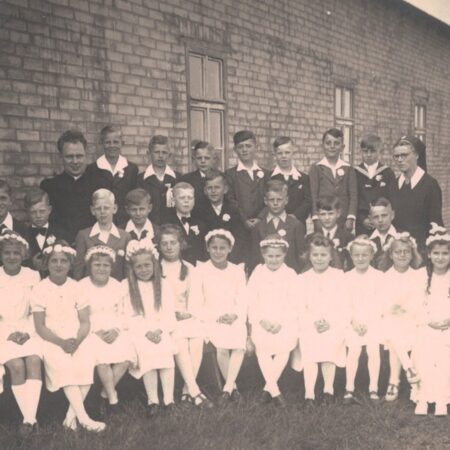 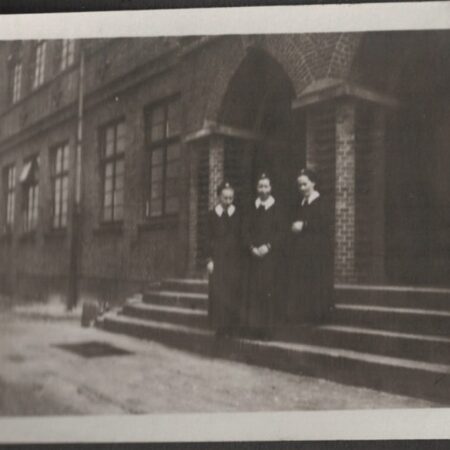 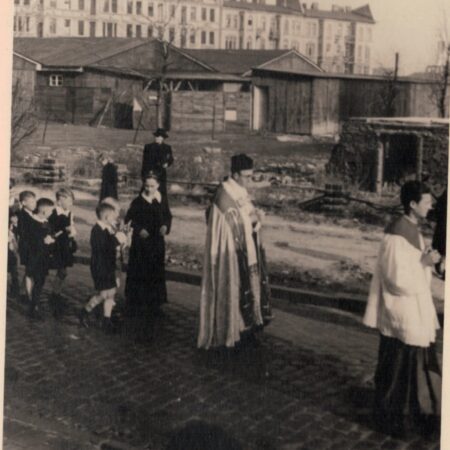 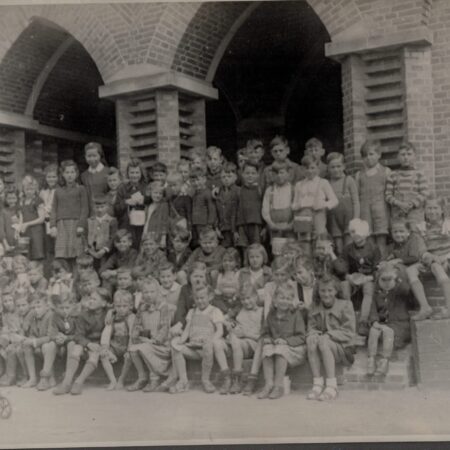 Sister M. Stella Zelke, since 2016 superior of the sisters in Wilhelmshaven, gives snapshots from the most recent time:

“When I was transferred to Wilhelmshaven four years ago, I went there with a certain curiosity. I had come from the former GDR to the “West,” specifically to the north of our German fatherland. What could I expect there?

As in many parts of Germany, the Church here is characterized by the reorganization of parishes and the diaspora situation.

A special experience for me was the farewell of Sister M. Giselind, who left Wilhelmshaven after 32 years. As pastoral worker she had taught many generations in the faith over the years.  Numerous activities belonged to her realm of work: women’s groups, a Schoenstatt circle, pastoral care for the deaf, meetings with many groups and people. Her departure was marked with hope: “Sister M. Stella does many things differently than I, but she does things well and is received well by the people!”

On April 15, 2018, the community prepared an unforgettable farewell liturgy for her.” 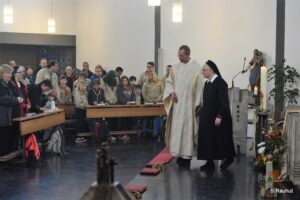 The other day as I was crossing the street, a car stopped, a woman rolled down the window and said, “Sister, it is so good to have you with us!” I did not know this lady. Obviously she didn’t mean me personally but rather us sisters.

a kindergartener called to me from the street. My older co-sister and I get to experience time and again that many people feel a connection to us: when shopping, when telling us their cares and concerns, through my work in the child care center, in the nursing home, on the pastoral team. It is beautiful that through the Pilgrim MTA and also through us, the Blessed Mother can search for a home in hearts. We thank our sisters, who have prepared the way for us and we are happy that we, too, are allowed to continue working here.

On October 15, 1940, during a Holy Mass in the Original Shrine, Father Kentenich sent the first three Sisters of Mary to the Oldenburg region. In the short talk at the founding of this sisters’ house community he pointed out:

We are her children and her instruments. We should become spiritual mothers of the people. If we remain faithful to Schoenstatt, Oldenburg will be blessed through us. 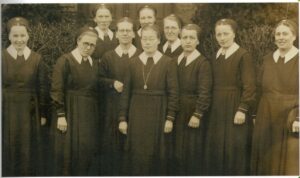 Over the years, the sisters’ house community grew. The sisters shaped the image of parish of St. Bonifatius where they undertook many tasks. The MTA had great plans for them:

To be part of a great cause from the beginning

In 1946, plans to build a hospital in Neuenkirchen for psychotherapy and psychosomatic medicine,  the Clemens-August Clinick, became concrete. The sisters were sought for collaboration. Those in charge contacted Father Joseph Kentenich and asked for Schoenstatt Sisters of Mary to work in the new clinic. He agreed with this daring step in principle. The government of the North German province undertook this special new beginning.

With many risks and uncertainties, the sisters embarked on this new beginning.  The commemorative publication on the occasion of the fiftieth anniversary of the Clemens-August Clinic states this of the sisters:

“They applied themselves to the endeavor with youthful enthusiasm. Neither the makeshift living quarters in the old elementary school in the village nor the harsh wartime hardships could deter them. With evident composure they accepted the fact that not even beds were available for them but only temporary cots and old woolen blankets. Heaven perceptively blessed the simple life of the sisters and their self-understood sacrifices and deprivations with the success of their work.” (Source: Festschrift 50 Jahre Clemens-August-Stiftung 2003) 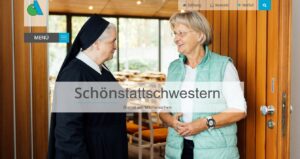 Sister M. Sandra Michely, who is responsible for the sisters gives a small insight into the present:

Currently we are seven sister plus a co-sister who lives and works as an extern at the Schoenstatt Shrine in Meppen. We stand on the foundation of the sisters who began here. Like them, we also experience ourselves sent by our founder Father Joseph Kentenich.

The social and religious aspects of our work are our strongpoint: being creative in activities offered to the patients in their abundant leisure time and in the library, in preparing the liturgy, in decorating our chapel, our sacristy work, and also by accompanying the people in the retirement home in the village.

In the way that we carry out our work, in appreciative, respectful, attentive and responsible encounters with the people, we want to make the love of God and the closeness of the Blessed Mother concrete.

we are living through the present eventful time. We have to get used to wearing a mask, sometimes at the age of 80, and to following the rules of hygiene. But that doesn’t prevent us from being there for the patients of the clinic as much as possible. We also maintain good contact whenever possible with the parish and the people in the village and with the Schoenstatt mothers.

We look back gratefully on 80 years of blessed work here in Neuenkirchen.

May Mother of God Schoenstatt continue to bless our work here.