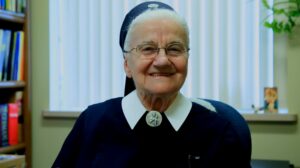 Many people from all parts of the world knew Sister M. Petra Schnürer. She spent her life for the mission of Schoenstatt. Having known our father and founder personally, she brought his life, work, and teaching closer to many people. On September 18, God called our Sister M. Petra home into eternity.

Sister M. Petra was born in a German area of Slovakia on July 20, 1934. When she was 13, her family resettled in Bavaria, in southern Germany, where she encountered Schoenstatt for the first time. In 1958, she began studying to be a teacher in Baden-Württemberg, but after one semester she interrupted her studies to make a trip to Milwaukee, Wisconsin, USA – a trip that would be very decisive for her future life. 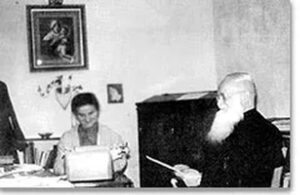 There she met Father Joseph Kentenich, founder of the Schoenstatt Movement, and decided to remain in Milwaukee to work for him as his secretary.

Sister M. Petra became a Schoenstatt Sister of Mary in 1961. With her mission zeal and unique combination of spiritual, practical, musical, and artistic talents, she helped build up the young province.   After the property for the International Schoenstatt Center was purchased near Waukesha, Wisconsin, in 1963, Sister M. Petra helped with the renovation of the old farm house on the land and with the construction of the shrine, a gift for Schoenstatt’s 50th anniversary.

From 1961 to 1965, Sister M. Petra helped to build up the Schoenstatt Girls’ Youth in the Milwaukee area and in New York. In 1965, she was sent to establish a movement center in Staten Island, New York, and to continue building the movement in various boroughs of the city. It was a great joy for her and the small Schoenstatt Family when on September 16, 1965, Father Kentenich made a stop in New York on his way to Rome. Three years later she represented the Schoenstatt Family of New York at his funeral in Schoenstatt, Germany.

In 1971, Sister M. Petra was sent to Puerto Rico, where she worked for the building of our shrine and movement center, and eventually served as the superior of our newly-established house community in Cabo Rojo. She also periodically visited the growing movement in the Dominican Republic and helped to supervise the building of a shrine there. 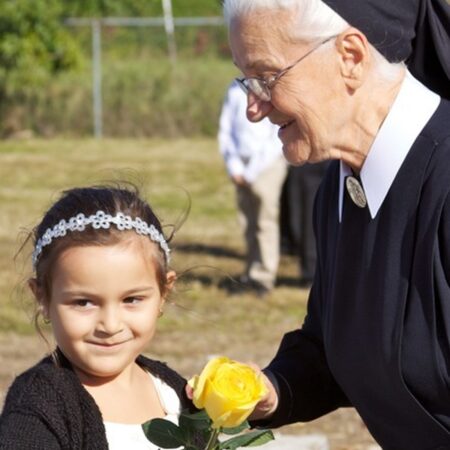 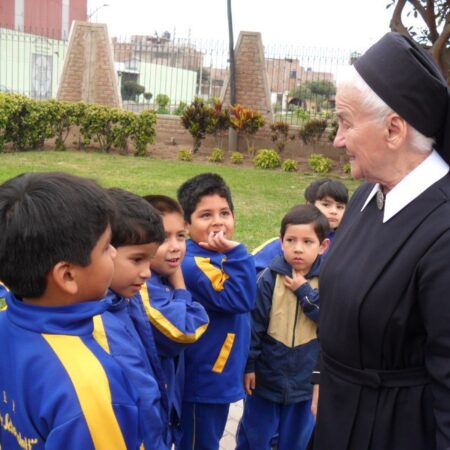 In 1998 she was transferred to Schoenstatt, Germany, and since 2003, she lived at our International Center in Waukesha, Wisconsin, USA, where she served the Spanish-speaking movement of the area. For a short time, she also worked with the Movement in Miami, Florida, and accompanied the building of the shrine there.

During these years, Sister M. Petra took up an even more international mission. She welcomed numerous pilgrimages from various countries and language groups, giving them tours of the historical places connected with our founder’s 13-year stay in Milwaukee and sharing her own personal experiences with him. In addition, from 1992-2014, she accepted invitations by the Schoenstatt Movement in a total of 17 different countries to share these same experiences: Argentina, Uruguay, Germany, Austria, Chile, Ecuador, Spain, Portugal, the Dominican Republic, Puerto Rico, Mexico, Costa Rica, Paraguay, Brazil, Peru, Colombia, and Burundi. She gave conferences for the Schoenstatt Movement of the United States, spoke to our sisters in formation, and met with individual families and groups. 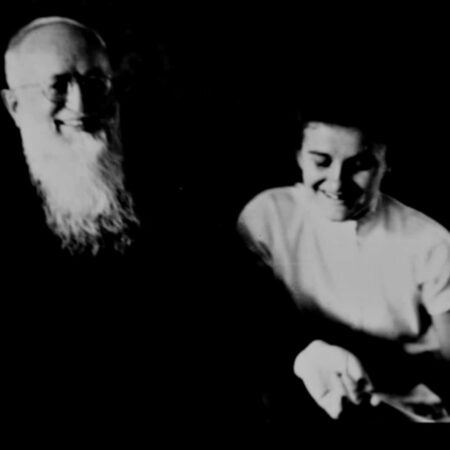 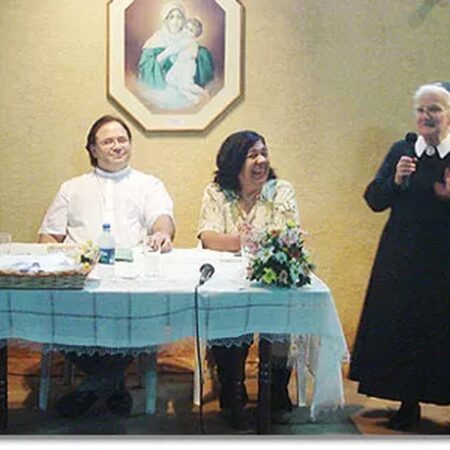 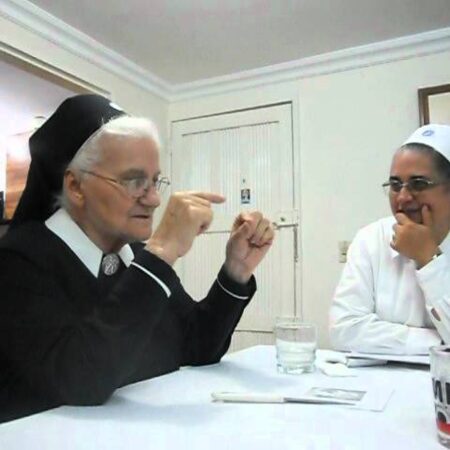 Her testimonies shed bright light on the greatness of Schoenstatt’s founder and gave people a living connection to him. She shared the things she learned from his example of virtue and the ways he educated her with fatherly goodness and wisdom. She related how he taught her to pray, to make decisions, to think according to principles, to give joy to others, to serve others selflessly, and to bear suffering and hardships. Through Sister M. Petra’s witness both in Milwaukee and abroad, many people could experience Schoenstatt’s founder as a spiritual father and guide through life. He became real for them.

In October 2016, Sister M. Petra was diagnosed with advanced cancer. In 2017, she was transferred to the provincial house, where she conscientiously organized and preserved the wealth of her experiences with our father and founder for future generations. She made numerous visits to the shrine, offering the last of her strength to the capital of grace.

The funeral Mass for Sister M. Petra will take place on September 21, 2020 in the provincial house in Waukesha, Wisconsin, USA. Due to the coronavirus pandemic, it will be a closed funeral, but you are welcome to join us via livestreaming at 10:00 CST.

We give thanks to God our Father for the blessed and fruitful life of Sister M. Petra and pray that she may enjoy eternal rest in heaven.