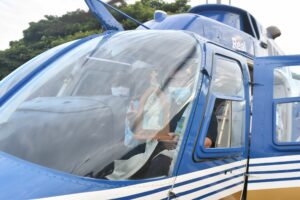 “Sister Paula, get ready because this Saturday the helicopter will come to the shrine to pick you up so that you can take off with the Blessed Mother to bless Guayaquil.”
“How funny, that’s a joke, Sister M. Dolores,” I replied with a laugh. –
“It’s serious, so get ready.”

This is how I found out about the great gift: I would travel in a helicopter with Father Eduardo, Gabriel and the pilot so that our beloved MTA could bless the city and each of the children from heaven. This would be their “path of health”, which could lead them to the hospitals with the most infected.

How did the MTA image fly over our city?

Every year, on the Saturday before Mother’s Day, about thirteen thousand people from Guayaquil and people from other provinces make pilgrimages to our shrine in Guayaquil. This year it was impossible because of the pandemic situation, so it was canceled. What if we at least celebrated a pilgrimage online? 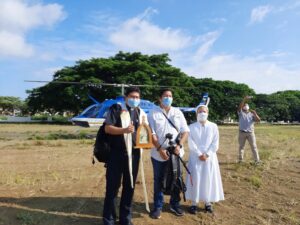 All organizers were enthusiastic about this idea. Monsignor Cabrera, Archbishop of Guayaquil, was ready to undertake the virtual pilgrimage under the motto “Mary, Queen of Health and Mother of Peace”.

We wanted to broadcast online what the May pilgrimages do in a normal year with the same schedule and activities. The rosary was prayed at 6 a.m. Representatives from several parishes took part. Images with the different titles of Mary and the Saints were transferred. There were testimonies from pilgrims who told who Mary was for them. Holy Mass was celebrated from the archbishop’s chapel at 7:00 a.m.

Although the people could not personally visit the shrine, the sisters were in the shrine and invited the MTA to a virtual greeting, so that they could celebrate Mother’s Day spiritually.

That was not all. The Blessed Mother returned to visit her children! 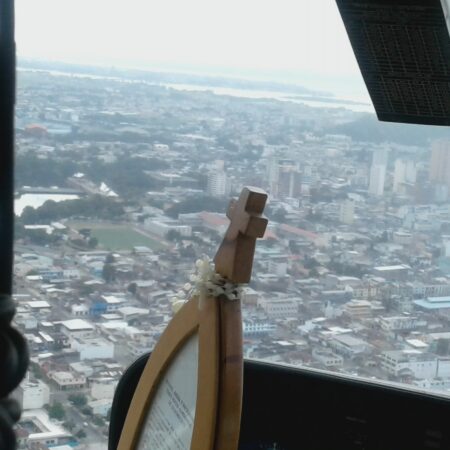 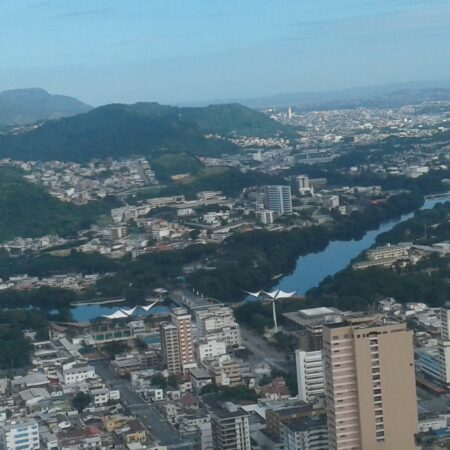 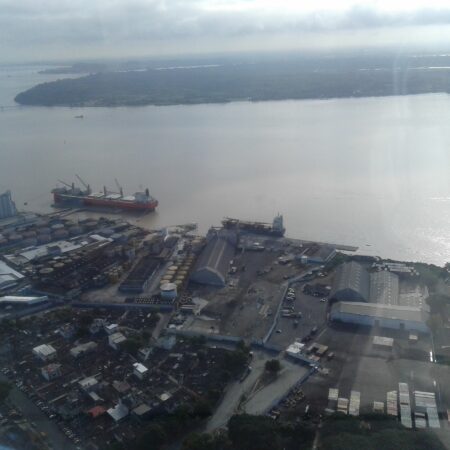 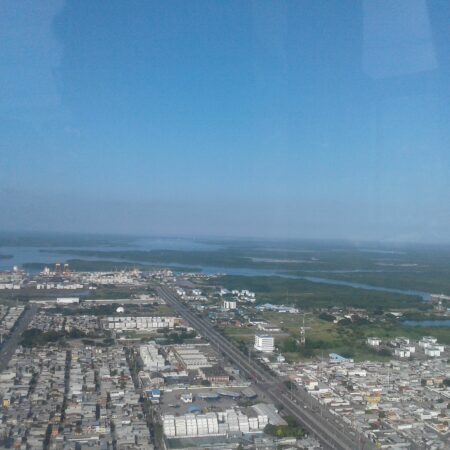 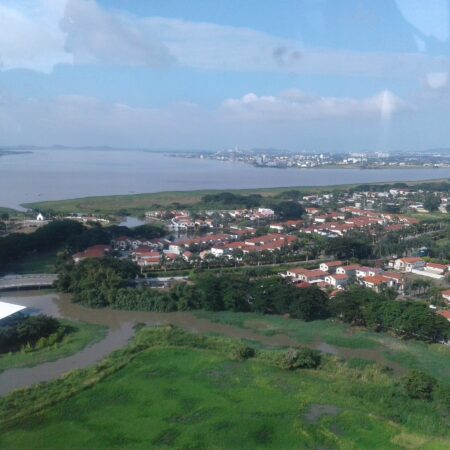 Now her escort came and I left the shrine with a picture of the MTA in my hands and boarded the helicopter. It was very touching. From a great height we looked at the beauty of Guayaquil: its rivers, swamps, cities, the seafront, the statue of the Sacred Heart of Jesus, our stadiums, the boats in the harbor, so many streets and places that I love and to which I am connected since they are full of experiences.

All of this continued to be broadcast live as we prayed. I don’t know how many Ave-Marias I prayed when I was up there asking God to bless and protect us. I could also give a little testimony of what it means to me that Mary is Queen. I also wanted to convey what several young women answered to this question.

After a flight of around 50 minutes, we landed with joy and cheer on the grounds of the shrine.

We have become a blessing tool.

I received an infinite number of congratulations and thank you messages. In truth, I only “did my duty”, all the fame and glory is due to her. The pilgrim leaders, Roberto and Sarita Urquizo, also confirmed this: “This work was not our work, but the work of Mary because she was crowned on this pilgrimage, and she herself opened all the doors, far more than we ever imagined.”

The pilgrimage was transmitted to more than 24,000 people via the networks of the Movement and the archdiocese, television and radio programs not included. Mary, Queen of Health and Mother of Peace, once again made it possible to fulfill the wishes and prophetic words of our father and founder:

“I want to transform this place into a place of pilgrimage, a place of grace,
for our house and for the whole province – and maybe even beyond.”