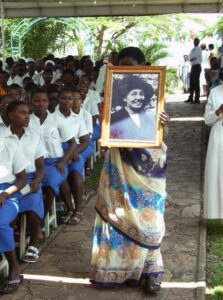 Opening of the jubilee year

“100 Years of Women in Schoenstatt”

Every year in February, the Schoenstatt Mothers of Burundi go on pilgrimage to Mutumba. They thank the Queen of Confidence for all the miracles that they receive through her intercession and they ask for strength for the coming year. This year, all the feminine branches are united in this pilgrimage to open together the jubilee year “100 Years of Women in Schoenstatt”: Schoenstatt Girls’ Youth, Women’s League, university students, academics and Sisters of Mary.

Although it is a special day for the women’s communities of Schoenstatt, everyone is invited. Others also join in, especially men who accompany their wives. The MTA brings together people from all over the country. Five of the eight dioceses of Burundi are represented. About 15 buses go up to the Shrine of Confidence on the hill of Mutumba. Many are on foot. Finally, more than 1000 people gather there.

During a time of adoration everyone feels welcomed by Jesus. In his talk, a Schoenstatt priest showed the role of women in the Old and New Testaments, their important contribution to the work of redemption. He concludes by presenting to everyone the ideal image of the woman, Mary. She is the great woman full of faith, a woman of joy, a strong woman. The priest invites us to imitate Mary in everyday life and to let ourselves be educated by her.

In the pilgrimage service we are encouraged to be salt and light of the world to shine on others. Our witness should be an invitation to join the Schoenstatt Movement and to bear fruit for the Church. The priest encourages the Women’s Movement to be light for others through concrete charitable actions: visiting the sick and prisoners and comforting those who are in difficult situations. 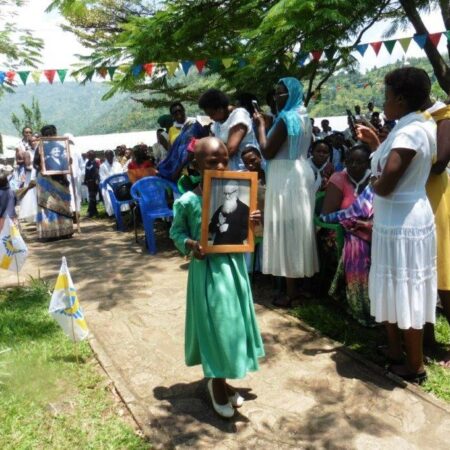 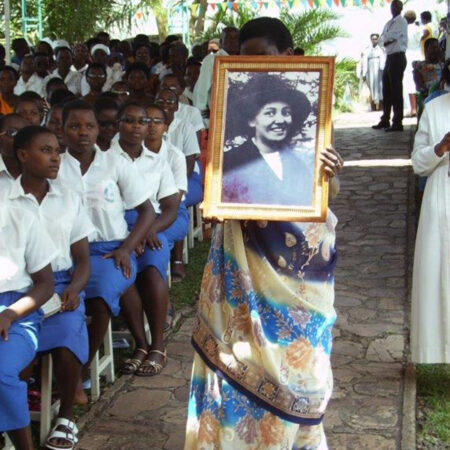 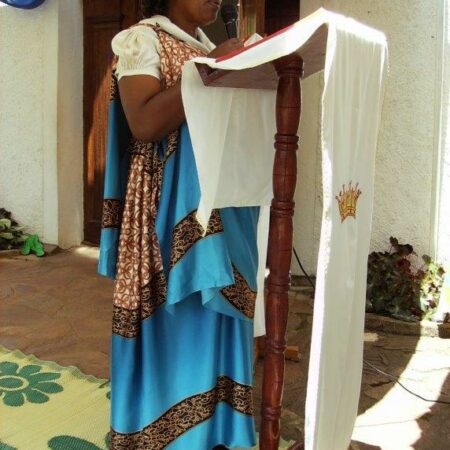 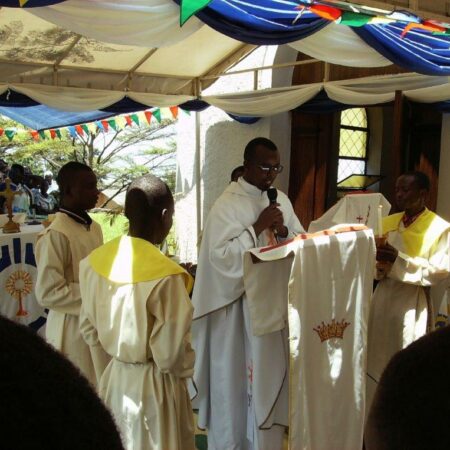 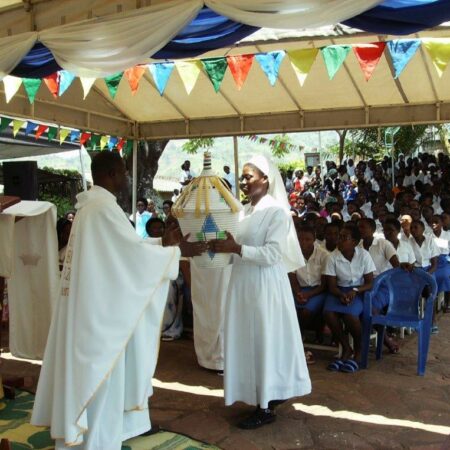 During the offertory symbols are carried to the altar: the Cross of Unity as a sign of our contributions to the Capital of Grace, the flag of Burundi as a petition for peace, the image of Fr. Kentenich and the image of Gertraud von Bullion. She is the first woman in Schoenstatt. We thank her for her courage to start the Women’s Movement and ask her to intercede for us. Then follows a pregnant woman with a hoe and broom to show that the woman is there for her family. 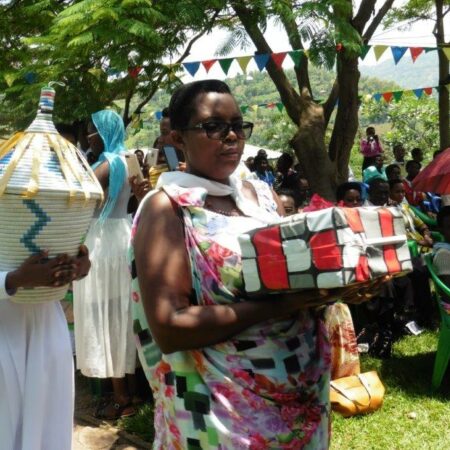 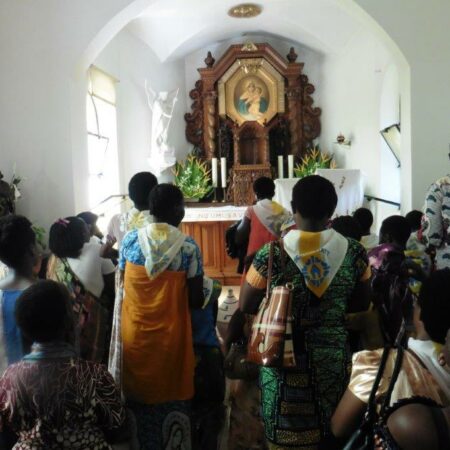 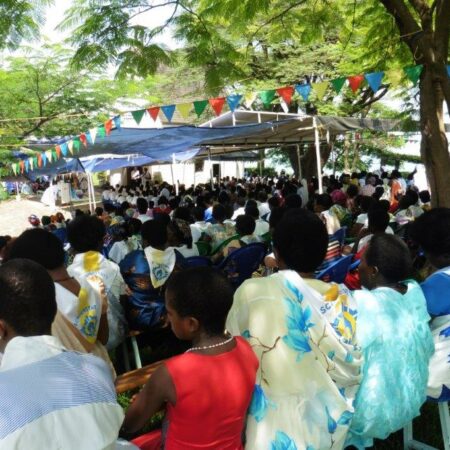 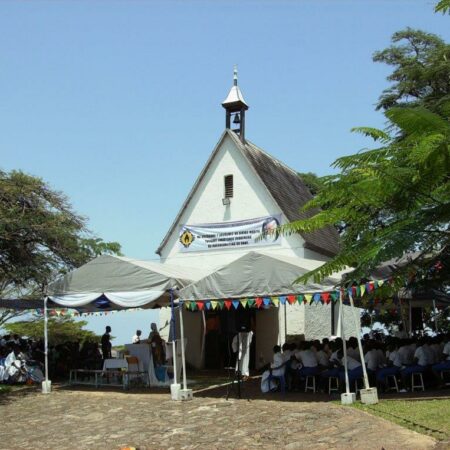 There is a good atmosphere

The climate is religious and everyone is inspired by the spirit of prayer. The splendor of Mary and a divine atmosphere can be felt. We owe this to our Queen of Confidence, who agreed to establish her throne in the Shrine. The words of our Father and Founder, which he spoke in the first Founding Document, have become reality: “All those who come here to pray should experience the glories of Mary and say, “It is good to be here”.