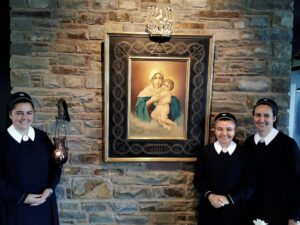 The fulfillment of a dream

A great expectation moved the hearts of eight Sisters of Mary from Brazil at the beginning of the year: in January they were allowed to go to Schoenstatt for a training period. They will be able to visit the Original Shrine, to get to know the “cradle” of Schoenstatt at the actual place.

The long-desired time of training is called

Sisters from different Latin American countries participate in this period of formation of our Institute, called “little tertianship”. “We should have had this formation period in Brazil. But God has arranged everything so that this time was postponed, so that we can now spend this time of grace in the holy places of Schoenstatt. I see this as a sign of love from God who calls us to Schoenstatt, especially in the year of the centennial of the first women’s entry into Schoenstatt and the founding of the Women’s Federation. Today we are called to Schoenstatt, in this new century, to bear witness to Schoenstatt and to our Father and Founder,” Sister Mariana de Almeida told us.

Sister M. Flávia Victor Dias expressed her expectations in this way: “I expect that the time of formation will be a new beginning in our lives. A renewed love for our vocation, a new beginning in the Sisters’ Family, so that we can continue to fulfill the mission of the Founder with renewed strength”. 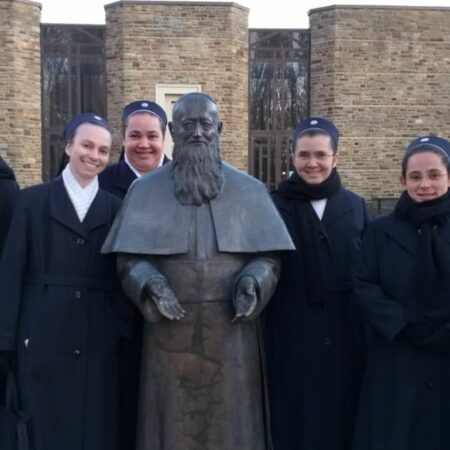 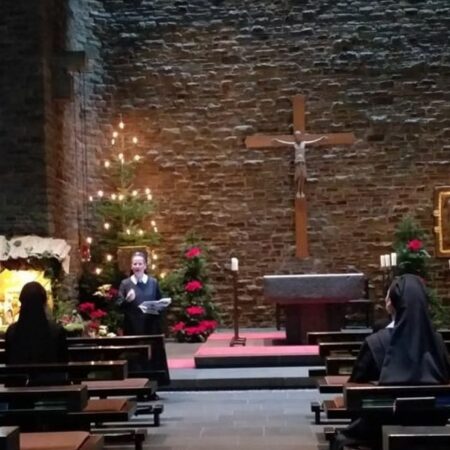 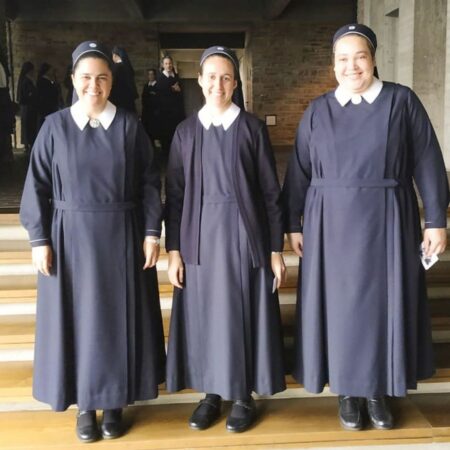 The fulfillment of a dream

For all of them it means the fulfillment of a dream that they have carried in their hearts for years, Sister M. Credileide Matias relates: “With this, a dream will come true: to know the place of origin of Schoenstatt, where our founder, Father Joseph Kentenich, lived. To experience all this will help us to rekindle within ourselves the fire for Schoenstatt’s mission. It is a unique experience and we will try to make the most of each moment.”

One can imagine that such a trip also required special preparation and packing of suitcases. But Sister Mariana felt that the most precious and largest luggage did not need to be checked at the airport. “The main luggage we carry in our hearts, which are open to everything that the Father and the Blessed Mother want to give us in this holy time of grace.”

“We are given a great gift to be here,” said Sister M. Shaiaine Machado. “We are aware that this also involves financial expenses. Therefore, in addition to the spiritual preparation, we Sisters also started a project for financial assistance. In this way we could contribute a little to the expenses of the province.”

I was always here

The Sisters arrived in Schoenstatt on January 16th and will spend 40 days there. The distance from São Paulo/Brazil to Vallendar in Germany is about 10,000 kilometers. But when the Sisters arrived in Schoenstatt, they immediately felt at home, at the Blessed Mother’s home. “When we entered the Original Shrine for the first time, it was a very special moment. It is interesting: it seemed that it was not the first time I was here. The experience was that although I was never here, I always lived here. I became aware that when the Sisters come here, they always take us spiritually to the holy places in their hearts. We ourselves often made a ‘spiritual pilgrimage’ to here and this became a concrete reality,” says Sister Alessandra Maria Gonçalves. And she continues: “The awareness of being in the place of origin, where the Father and Founder and the hero sodalists sealed the covenant of love awakens in you a feeling that cannot be explained.” 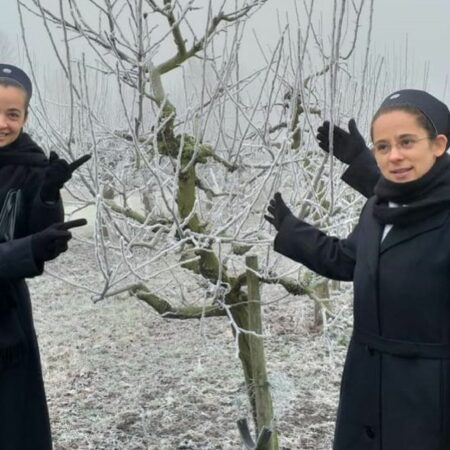 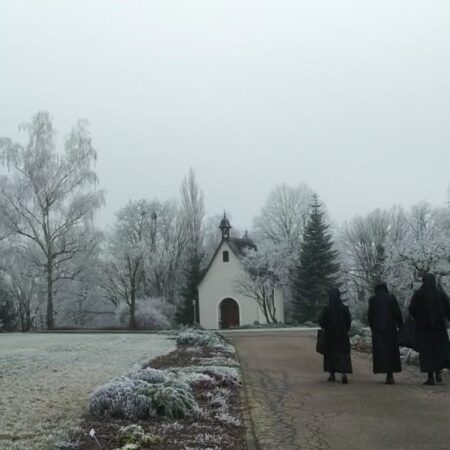 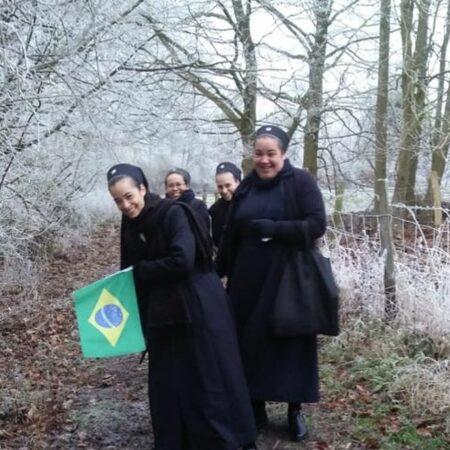 The sisters already experienced that the German winter is a colder climate than in Brazil. But nothing is too difficult for them, Sister Sonara Maria de Olivera tells us. “The love for Schoenstatt and the stay in the holy places in Schoenstatt warms the heart. We await the first snow with great excitement; we watch the weather reports daily and we pray for this ‘grace’.