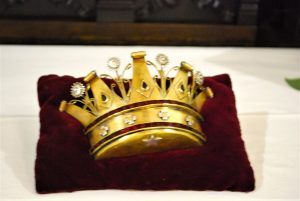 A REPLICA OF THE CROWN FOR
THE COENACULUM SHRINE
IN BELLAVISTA, CHILE

In Chile there is no social or ecclesial peace, but there is hope: a crown for the MTA in the Cenacle Shrine of Bellavista! Two years ago – on January 18, 2018 – robbers stole the historic crown which Father Kentenich had presented to the Blessed Mother just a few days after the third milestone in Schoenstatt history, May 31st. 1949.

It saddens me to see the picture, the MTA without her crown. The day must come when she will receive the crown of May 31st again.  It is a crown that speaks of a great mission. The present generation is responsible for it.

There is hope: a crown 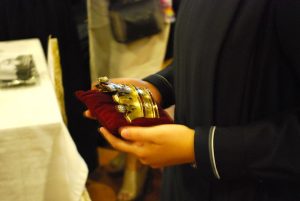 The theft still stirs the hearts. And so a coronation current was born. The members of the movement, the institutes and federations joined the idea of a renewal of the coronation. A Sister of Mary, who is a goldsmith, made a crown identical to the original one. On January 18, 2020 the opportunity arose to bless this crown after a Eucharistic celebration in the Holy Spirit Church. Despite the oppressive heat and the holiday season, a large number of Schoenstatters and pilgrims were gathered. From that day on, the crown began to pilgrimage through the chain of Shrines in the country.

Insecurity, distrust and fear of the future

The “social upheavals” of last October have created uncertainty, mistrust and fear of the future.  In such a situation, it is time to appeal to the Queen of Schoenstatt in the words of Father Kentenich in 1949:

“The world of today is sick. It seems that we are approaching the end, and therefore the question arises: What is the meaning of these great world events? What will happen? … As educator of the nations, as Queen of the Chilean people, you are the one who is in charge of the education of everyone and of the whole society. … Therefore, accept our crown. . . Therefore, accept the crown, and if you wish to give us a crown later on, may this sign always remind us that, in total dependence on you, we have courageously risked all the struggles that the one and Triune God had planned for us …’. (5.6.1949)“.

The crown, which was blessed on January 18th, is a replica of the original crown, but bears a star at the base, symbolizing Chile’s current situation. On the Chilean flag there is a star that can also symbolize Mary as the guiding star. 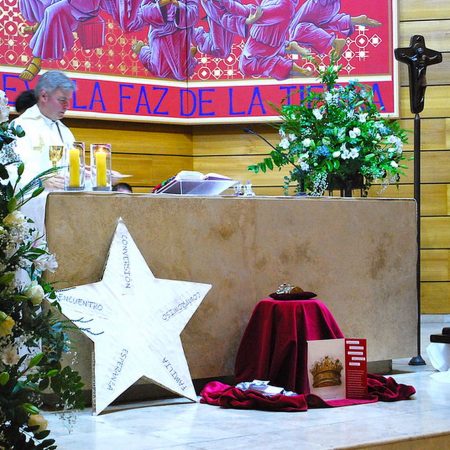 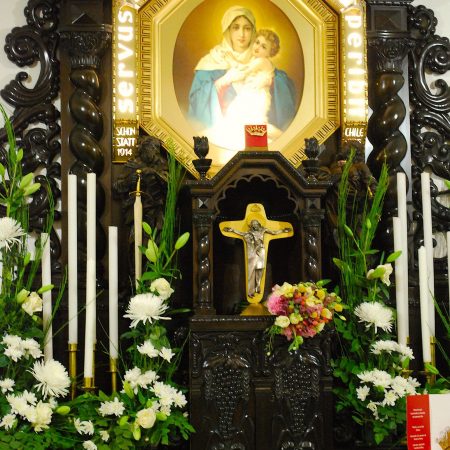 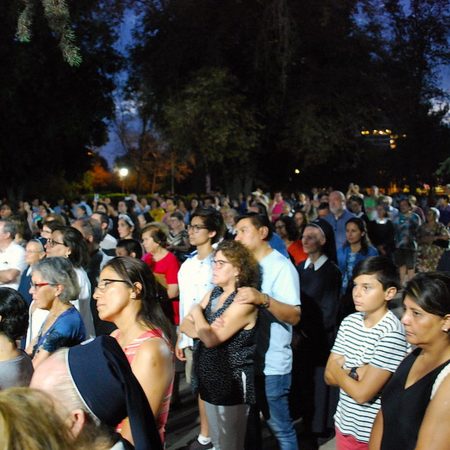 The crown of a mission

Further steps will certainly follow. Schoenstatt throughout the world must join this coronation current, because the mission of May 31st belongs to all who have sealed the Covenant of Love.  It is the crown of a mission, the crown of the Queen who has committed herself to save the Occident from ruin.

The Sisters of Mary are proud that Sister M. Dyana, a goldsmith, is allowed to design the crown. Many people have donated gold so that it can be incorporated into the crown of the MTA as a symbol of love and trust.

We believe that this crown will be decisive for the destiny of our country and beyond.