“The key to Education is Love and Reverence J.K.”

On Friday, 6th December, 2019, the “Villa Maria Educare” celebrated 50 years of its present existence! The Schoenstatt Sisters had been educating children in Cape Town many years before building the current Educare premises. “Doctors Rooms On Kloof “now occupy the space that had previously been a primary school with two ‘nursery’ classrooms. The Schoenstatt Sisters recognised that they needed larger and better-equipped space for pre-primary aged children.

Many parents were hoping to place their small children in the educational care of the Sisters. Hence with trust in God that they would find the necessary funds to do so, the Sisters took a daring step to build the Villa Maria Nursery School as it was then known.  In a pamphlet explaining the concept of the new school they wrote: “A good nursery School does more than just care for them (the children): It provides an enriched environment adapted to the intellectual, social, emotional and physical needs of very young children.“ 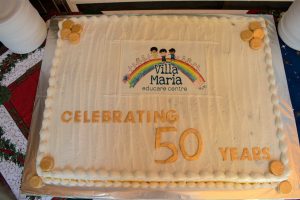 On the foundation stone of the Educare, we read the words

“The key to Education is Love and Reverence J.K.”

– a quote from Father Kentenich, the founder of Schoenstatt. These words have guided the care of the children for the past fifty years and have made an impact on the lives of many. Sisters are sometimes approached by “strangers” who were past pupils. They joyfully recall their days at Villa Maria, some come by with their children to see if Villa Maria still exists. They with share great enthusiasm, their childhood memories. Lately, a parishioner commented that she knew that her children were in good care and could therefore go to work with a free conscience! Just recently an email was received from a lady living in Italy asking if she could get in touch with the Sister who cared for her of whom she has such fond memories. 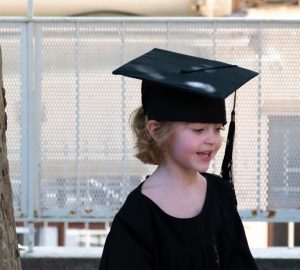 Today, the Sisters no longer teach in the school but there is a dedicated team of ladies who manage and staff the school. They are committed to the important task of assisting with the crucial early development of each child in their care. Villa Maria can now accommodate almost seventy children from the age of one to five. Despite the large number, the principals know each child not only by name but by their unique personality. Each age group has their own class with their own caring teacher and assistant.

One of the parents explained to a Sister during the annual nativity play, how her child loves coming to Villa Maria. The words of Father Kentenich, “The key to education is Love and Reverence” is still practised today.

The school celebrated its Golden Jubilee at the annual Nativity play. Through the songs they learn and the characters in the play, the children learn the real reason why we celebrate Christmas. Earlier in the year, when a Sister was passing a classroom, she overheard a child asking: “Who is that? Another child answered: “That is Joseph’s wife!” 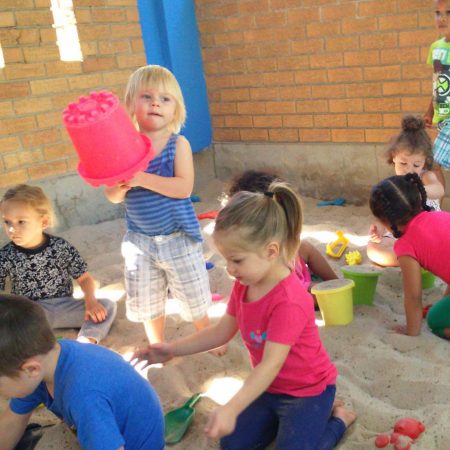 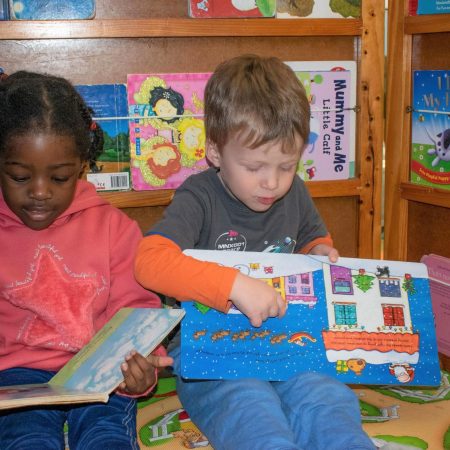 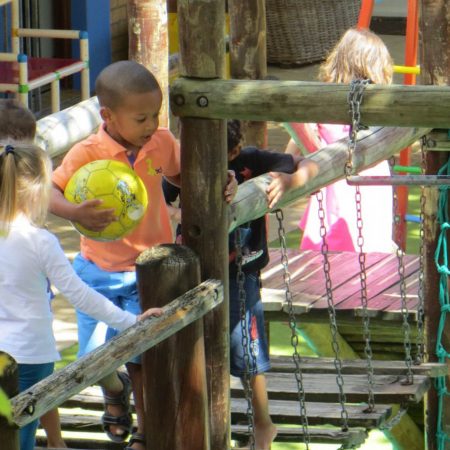 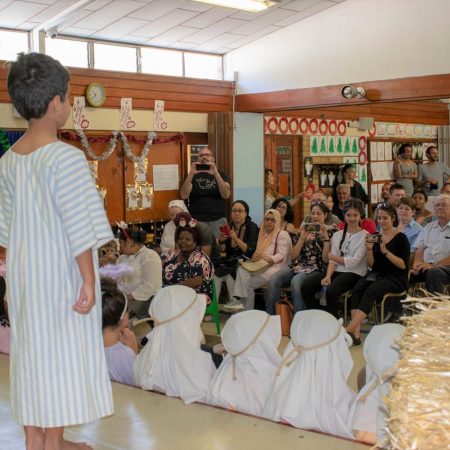 Sr. M. Joanne, the Provincial Superior of the Schoenstatt Sisters, attended the Nativity play and took the opportunity to thank God for all who had cared for the children in the past, and for the current team at Villa Maria. The future is bright when children are in such caring hands. Afterwards, parents, their children and friends, the Sisters and the staff of the Educare enjoyed the delicious jubilee cake and the smiling faces of the children who were so, so proud of their achievements!