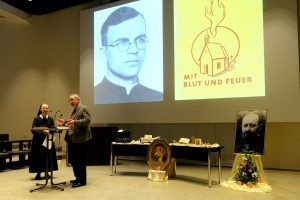 Every year around Father Kentenich’s birthday, the Schoenstatt Family and friends gather in the Father Kentenich House on Mount Schoenstatt to congratulate the founder of Schoenstatt and to take a deeper look at his life and Schoenstatt history. Each time, Schoenstatters who have been here for many years learn new, interesting details and background knowledge.

Usually it is a story of its own how the theme of the evening comes about. This time Sister M. Pia Buesge was inspired to take a closer look at the life of

He was born in Benhausen near Paderborn in 1910. As a boy he got to know Schoenstatt and later joined the community of the Pallottines. 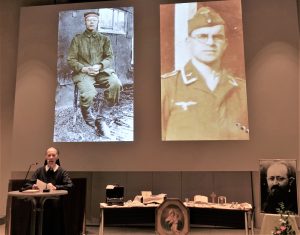 “Blood and fire” was in him. What he tackled carried the bloody serious consequence of the irrevocable decision to become a second Joseph Engling.

Joseph Engling belonged to the founding generation of Schoenstatt. As a soldier in the First World War, he put all his efforts into the formation of Christ in the world of Schoenstatt. He died in 1918 near Cambrai, France.

In this Father Hillebrand saw the mission and meaning of his life, because Schoenstatt needs saints: that was his conviction! Like Joseph Engling, he also allowed himself to be formed by the Blessed Mother in the Covenant of Love and thus experienced a maturing of his character. 75 years ago, on October 28, 1944, Father Hillebrand fell west of Belgrade during a paramedic mission during the Second World War. 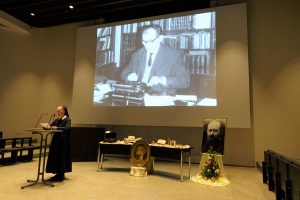 There are still people today who are connected to Father Hillebrand. We learn this already from the first contribution. Sister M. Pia first introduces Janos Roemer, whose brother Joseph gives a testimony by video. He remembers a visit of Father Hillebrand to his family who lived in Betschkerek in Banat (today Serbia). The then ten-year-old boy spoke only Hungarian and could not communicate with him, but the deep impression Father Hillebrand left in him has remained to this day.

The Roemers remember the typewriter that Father Fritz took with him to various places during the war to use for apostolic purposes. Shortly before his death he handed this over to the father because he had to reduce his luggage for the front line. The typewriter later came into the possession of the Schoenstatt Fathers, as did the Mass Kit that Father Hillebrand used to celebrate Holy Mass during the war, and one of the many MTA pictures that he gave away. These silent witnesses, which speak an eloquent language, we can see tonight in the original. 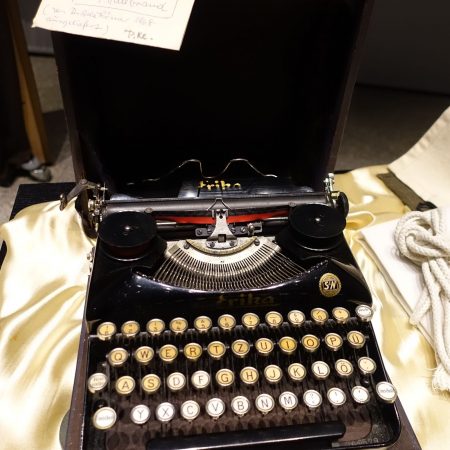 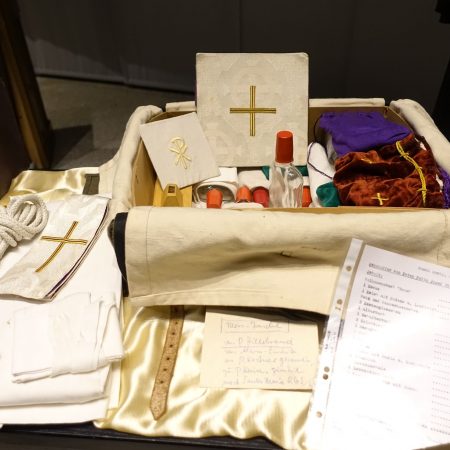 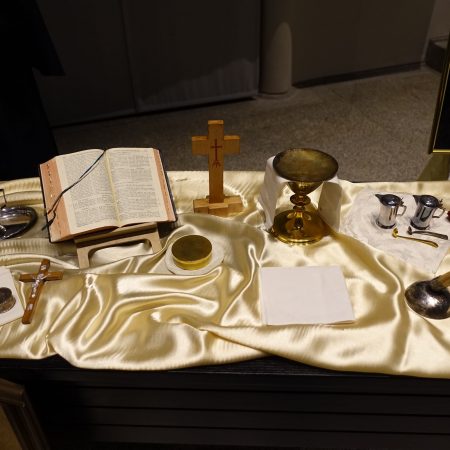 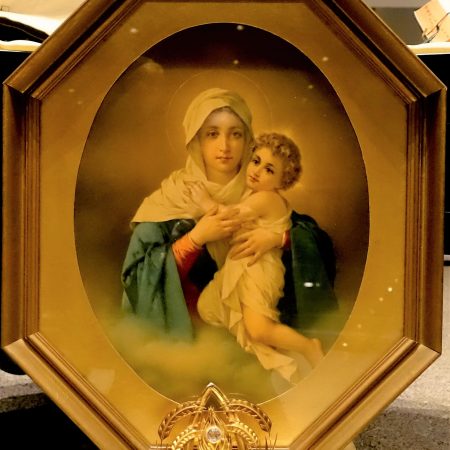 It is obvious that Sister Marieluise Fleitmann could not get to know Father Hillebrand during his lifetime. Nevertheless, she can tell of a relationship with him, because he was her great uncle. For a long time her family knew only that Schoenstatt had something to do with “Uncle Fritz”. Sister Marieluise testifies that little by little, “from heaven”, he also passed on the fire of Schoenstatt to his family – this is evident not least in her vocation as a Sister of Mary! 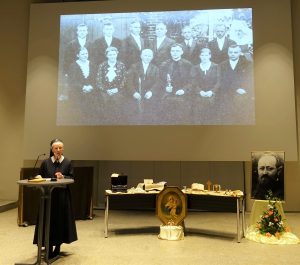 The listeners are impressed and amused by the original apostolate methods of Father Hillebrand. He was urged to make Schoenstatt known, so that during the war he sought and found opportunities to do so everywhere. For example, he asked for rosaries in shops and involved the saleswomen in a religious conversation. In several places, Schoenstatt circles were formed on his initiative.

This was also the case in Moravian-Trübau in Eastern Sudetenland. A saleswoman drew Father Hillebrand’s attention to the convent of the Immaculate Sisters and the group of girls there. When he was asked to hold a retreat for them, he used the time for an introduction to Schoenstatt – and both the girls and the sisters caught fire. After their expulsion, they found themselves in Germany and, as long as they were able, held regular meetings as the “Hillebrand Family”. In the 1960s it was even possible to meet Father Kentenich in Schoenstatt. He gave them the mission: “Be guarantors that the Sudetenland will become a holy Marienland”. 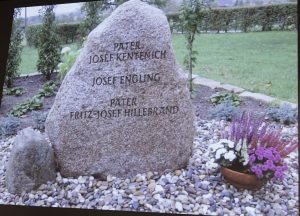 Together we closed the enriching evening with a prayer, and Father Nöthen gave us the priestly blessing. Then many people took the opportunity to take a closer look at the typewriter, the objects from the Mass Kit and the MTA picture. 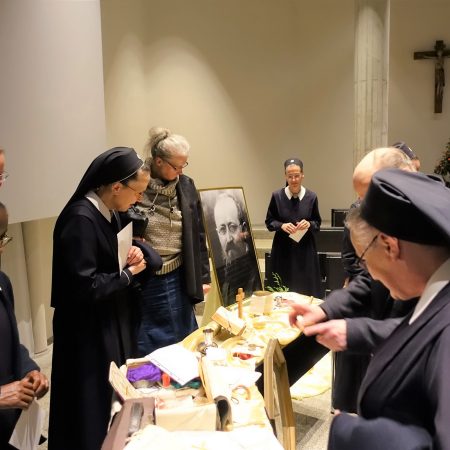 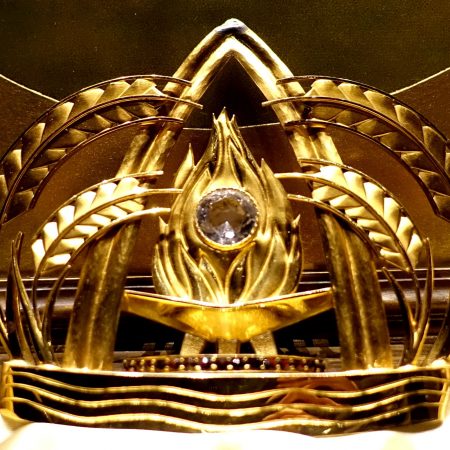 “Yes, when the grain of wheat dies, it bears a hundredfold fruit! What are you doing?” Father Kentenich asked the “Hillebrand Family”. Perhaps he would also like to ask us, the participants of this evening, the Schoenstatters of today. What do we do after having taken in the life of such a credible Schoenstatt Apostle? The best thing is: let him infect us!