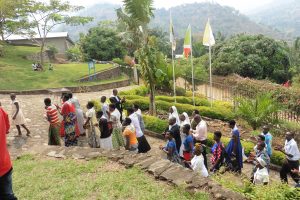 On September 21, 2019, all Schoenstatters in Burundi celebrated the golden anniversary of the coronation of the MTA in the Shrine of Mutumba

as Queen of Trust.

The October Week, which began on September 19th on Mount Sion in Bujumbura, ended in Mutumba with the great celebration of the coronation of the Queen of Trust.  The pilgrims from Mount Sion came to Mutumba by bus, they carried the picture of Father Kentenich and Joseph Engling and the Schoenstatt flag, and they gave testimony of our family on their pilgrimage.

Sister M. Alice Akimana, who is responsible for the pastoral care of the pilgrims in Mutumba, gave a talk about the coronation of the Blessed Mother, her origin and significance for the life of Christians in general and of Schoenstatters in particular. She recalled the most important coronation dates in the history of the Schoenstatt Movement.

The Queen’s children rejoice and dance.

At the beginning of the Mass, he congratulated all the pilgrims who had come from different parts of the country and reminded them that the children of the Queen of Trust should dance, rejoice, jubilate to thank for all the graces they have received from their Queen. 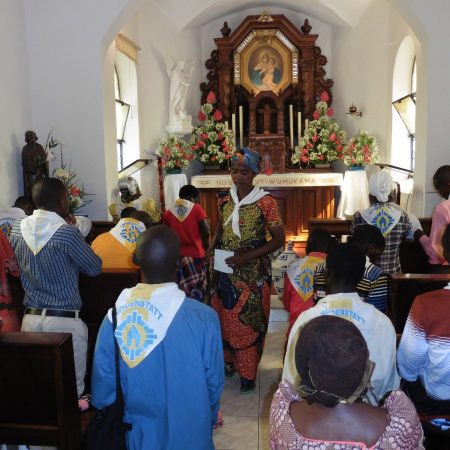 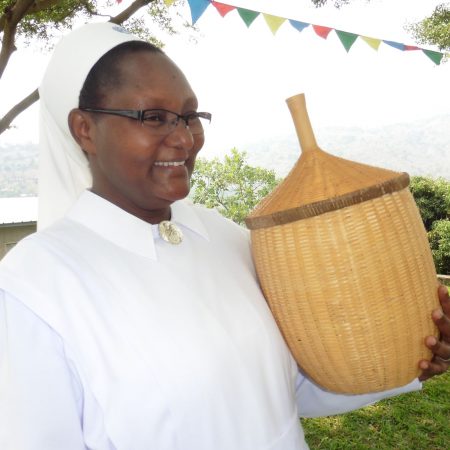 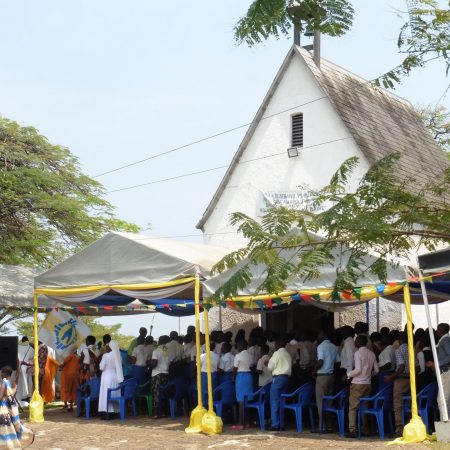 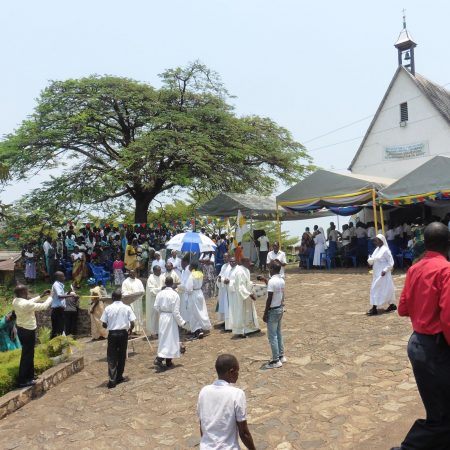 Why do we call her Queen of Trust? We lived through difficult situations in the country and it was the Queen in whom we placed our trust and who saved us. We must thank her for all the prayers she has answered. All people of all ages and backgrounds can testify that we would not be here today without her intervention during the socio-political crisis that our country has experienced.

The coronation of the Queen of Trust took place on September 8, 1969, the day of the Nativity of the Virgin Mary.  The Father symbol for the Original Shrine was among us. Through this act we have given our lives to her and placed ourselves at her disposal to overcome hatred and discord, to sacrifice ourselves for others, to sow confidence and to witness confidence in her in every situation.

With the Queen we remain calm and without fear. 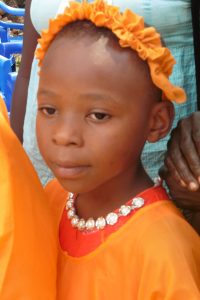 We are called to remain calm with a life of active trust and not to be afraid, because the Queen of Trust can do what is not possible in human terms.

Two members of the Schoenstatt Mothers’ Branch consecrated themselves and gave themselves to the Blessed Mother in a blank power of attorney. 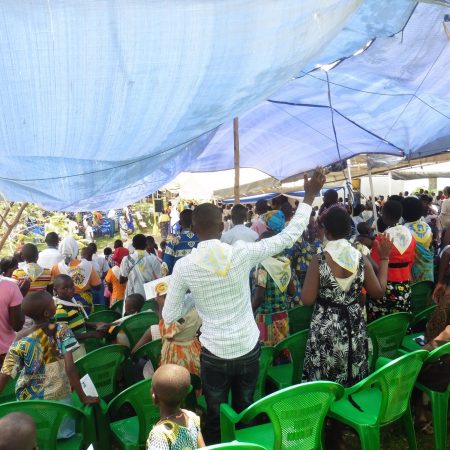 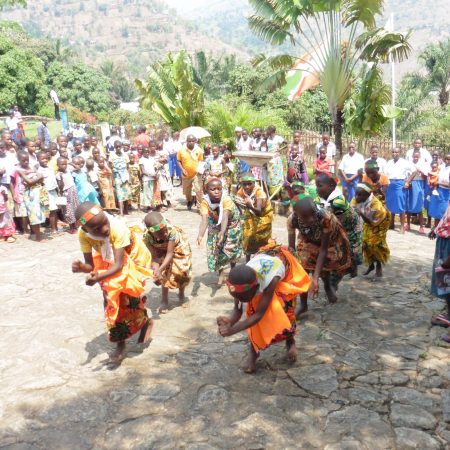 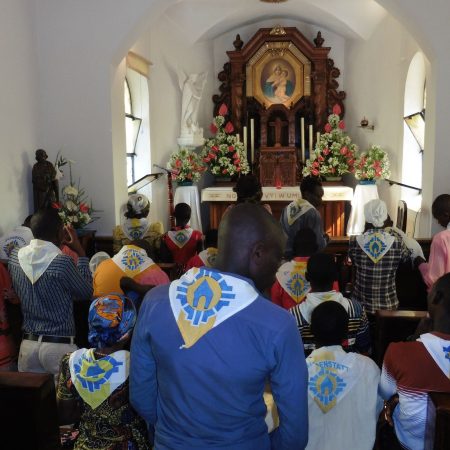 After the Eucharist, the girls who came from different stations of the parish of Mutumba danced to express their joy. The celebrations ended with a picnic for all the pilgrims at 3:30 pm.