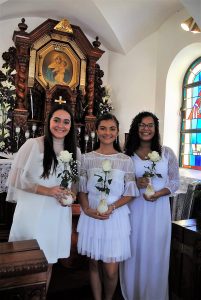 on the Solemnity of the Immaculata, we experienced an hour of grace that marked in a deep way the life of our Girls Youth.  We had a triple celebration since we celebrated the 45th Anniversary of the Schoenstatt Girls Youth in Puerto Rico; we crowned the Mother Thrice Admirable and Queen of Schoenstatt (MTA) in the little house of the Girls Youth, and three girls sealed their Covenant of Love with the MTA.  This was an incentive for the whole Girls Youth and their families, to come to our Schoenstatt Land, to our National Schoenstatt Shrine in Cabo Rojo, Puerto Rico.

The celebration began with a Holy Mass in the Shrine, with Father Edgar Carlo as celebrant.  After the homily, the priest began the covenant rite; the girls were called forward by Sister M. Marissel, coordinator of the Schoenstatt Girls Youth in Puerto Rico; and after that, Fr. Edgar blessed the covenant candles and covenant medals.

The most moving moment

Once the prayers are finished, the rite ends with the distribution of the covenant medals.  That was the precise moment that marked the covenant in a special way. The girls have asked to include in their Covenant celebration, something that has not been done before in such a celebration – it was the fact that they wanted their mothers to take part in some way in their Covenant.  They have asked that their mothers to put their covenant medals in place after the priest had given the medals to them.

This act was very solemn, and it surely moved our hearts deeply, and at the same time the mothers were greatly surprised when the priest asked them to come to the front, and each one should placed themselves before their own daughter and take their hands…  Then the priest said the prayer before the distribution of the covenant medals; afterward the mothers received them and put the covenant medals in place.

It was a very deep covenant experience, to see how the Mother Thrice Admirable and Queen of Schoenstatt (MTA) received her daughters through their mothers, and how in the same way, both, daughters and mothers were partaking of the same Covenant of Love.
In the midst of tears and smiles the Covenant of Love of these three girls was sealed forever, who are today a testimony for the whole Youth and their families, who were witnesses of this consecration. 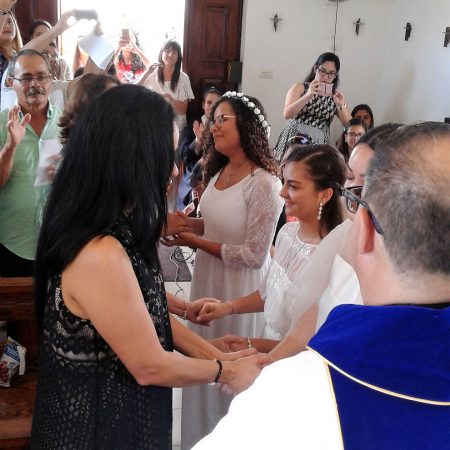 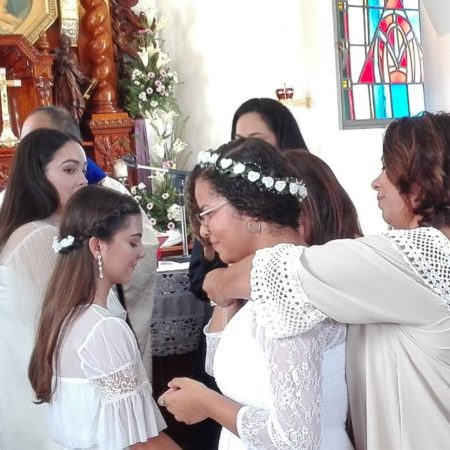 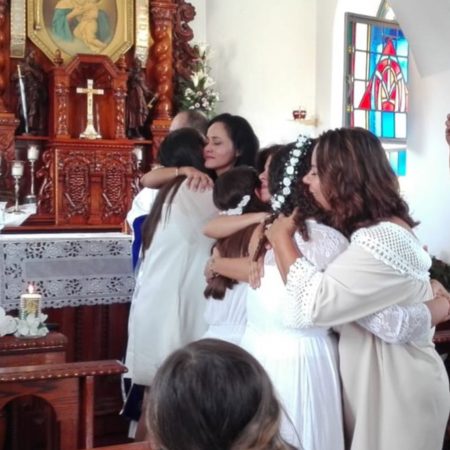 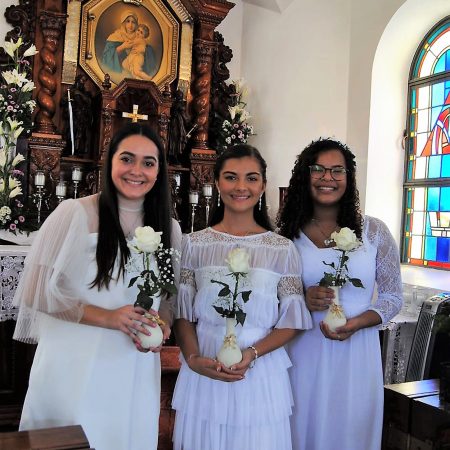 Once the Holy Mass concluded, we went in procession to the Schoenstatt Girl’s Youth little house, in order to crown the MTA.  The whole atmosphere was one of home and at the same time solemn.  The Schoenstatt Girl’s Youth had wish to crown in gratitude for 45 years of their presence in Puerto Rico.  After the prayer, the national Girls Youth leader crowned the Blessed Mother with the RTA crown on behalf of all the girls, with the title Queen Thrice Admirable, Immaculata Queen of the Youth.

The covenant feast concluded with a banquet, and various presentations.  The gratitude could not falter for all the gifts and graces received in this special day.  The impressions of their families and friends were more than positive, an experience of family and expressions of gratitude for what is, and does Schoenstatt in so many youthful hearts. 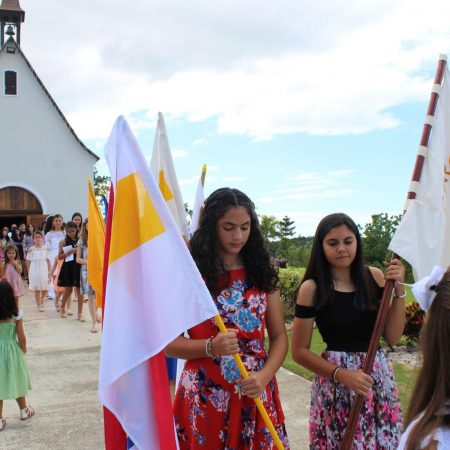 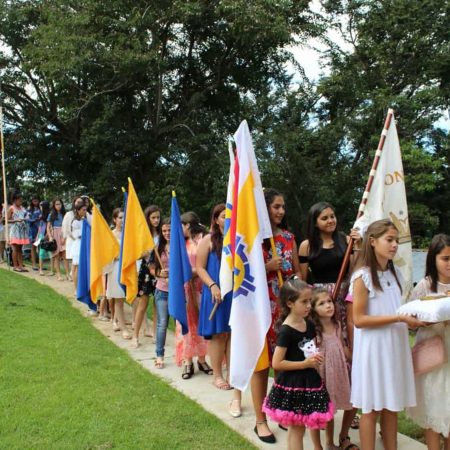 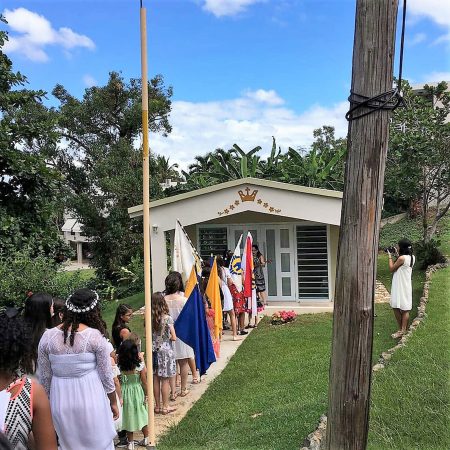