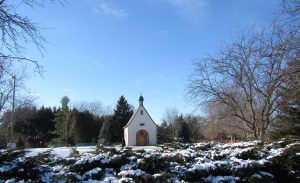 Two inches of snow gleams soft on the still-green grass – something unusual for us at this time of year. The snow rests gently on our evergreens and even though the geese are still with us, it is O so quiet. This past week, we had unexpected company drop in at our provincial home. Neighbors of our sisters in Lamar, Texas, decided to surprise us.

It was to be their winter vacation with an original plan to go to the Colorado mountains to experience snow. Instead they decided to hope for snow and visit the ten sisters who had been displaced due to Hurricane Harvey. The couple had brought along their seven-year-old grandson, and the promise for the trip was SNOW. The further north they drove – no snow, no snow! Finally, just south of Milwaukee – snow! 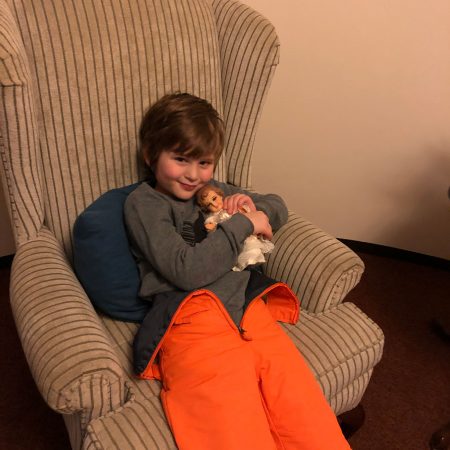 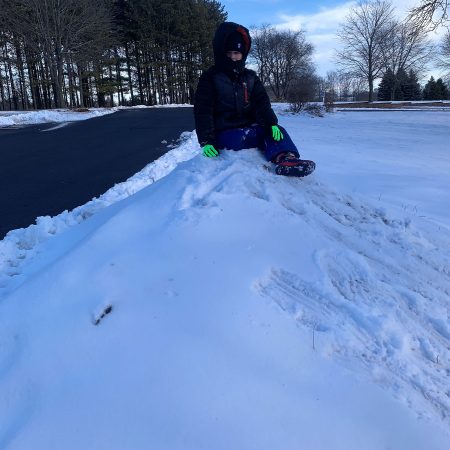 It’s not than Texans don’t have snow! For instance on December 8, 2017 Lamar was covered in what seemed like a miracle [photo of Lamar in snow]. But, snow for more than a day? Our little visitor had all the joy and privileges of a seven-year-old on our rolling hillside. He didn’t get the hang of a saucer sled at first, and at one point he simply rolled down the hill, not minding at all to be totally wrapped in the snow! 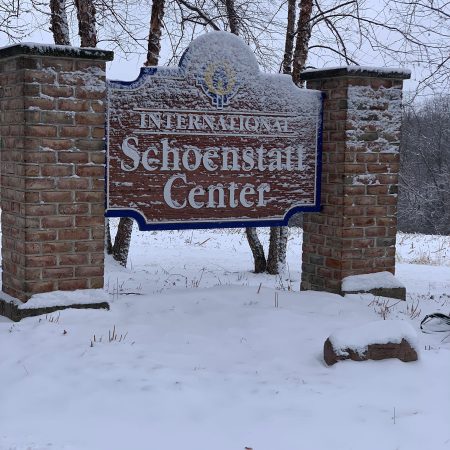 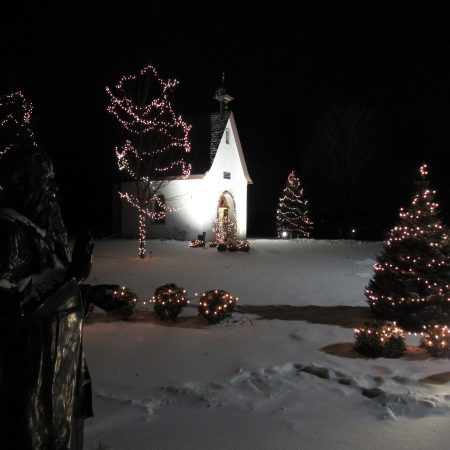 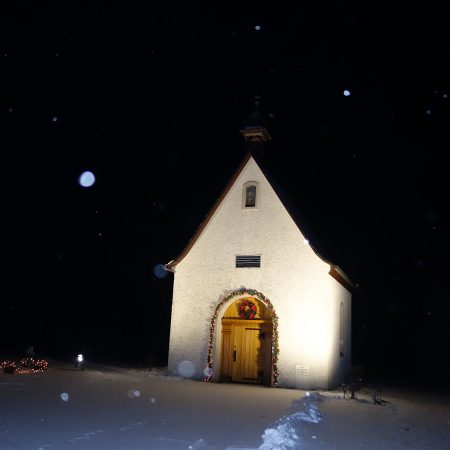 Another memory came to mind today of our founder, Father Kentenich. He was standing in our yet unfinished shrine here on the Waukesha property. It was so special that I stood far to the left and simply watched him. He was looking out the space left in the cement block wall for the stained-glass window. He prayed prayers aloud that he had composed in Dachau – like a litany. When the prayers were finished, he continued looking out the window for a brief while. When he turned, he spoke to us. Now I don’t recall the words precisely after so many years, but he commented on the beauty of the land. It reminded him of Schoenstatt in Germany. Then he said: “Our Sisters will be happy here!”

Today, we can say as we look at the loveliness of the January snow, of a little boy experiencing it for the first time –

Yes, Father, we are happy here.