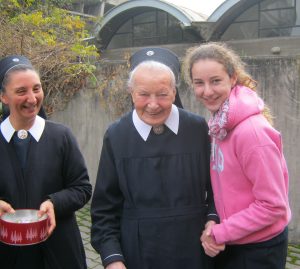 SISTER M. CLEOPHA is a part of Schoenstatt’s history in Germany and Chile. She was born in 1918 in East Prussia (today Poland). She joined the Institute of the Schoenstatt Sisters of Mary in 1938. During the Second World War she worked at the St. Josef’s Hospital in Koblenz. In 1948 she traveled to Chile. In the following years she worked in educational tasks. She was a history teacher at the Schoenstatt Marian School in Santiago for many years and was a director for many years.

Schw. M. Cleopha is appreciated and admired by several generations of parents and students who visit her today. Today she lives with other older sisters near the Schoenstatt Shrine in Bellavista, Florida, a community in the capital,Santiago.

She met the founder, Father Joseph Kentenich personally at a very early age. She absorbed his educational charisma and passed it on to the younger generation. Until recently, she also shared her experiences with members of various groups in the Schoenstatt Movement in Chile. She is valued as a “historical witness.” Mentally still very clear, she reads the newspaper daily, weaves wool squares for blankets for the poor and prays a lot, and the concerns and demands of the Church and the Schoenstatt Family are very important to her.

SHE TALKS ABOUT YOUR MEMORIES

Sister M. Cleopha, as a Sister of Mary, has made a significant contribution to the history of Schoenstatt in Germany and Chile. In the movement she is considered a genuine historical witness. In a conversation she talks about her first years as a Sister of Mary since 1938 and about her experiences with the founder in those years.

What attracted you to Schoenstatt?

I can say that the small shrine and supernatural atmosphere that surrounded it was the first magnet that attracted me, and the second was the person of our father and founder. I discovered him to be a person with a great idea and a great dedication to his mission. He was like a servant who respected God’s wishes and the people he served with all his extraordinary abilities. That captured me.

The difficult times of war and National Socialism in Germany spurred the quest for holiness among the young sisters. We asked Sr. M. Cleopha how she experienced this time:

The regime of terror and the treacherous persecution became more and more obvious because the Nazi party wanted to politicize all levels of society. … The constant bombardments we were subjected to created a climate of panic as we saw the disappearance of whole complexes of buildings. From one moment to the other thousands of people lost everything, remained on the street and were exposed to arbitrariness. …

Since 1937, the sisters directed the Koblenz St. Joseph’s Hospital. How did you manage everyday life in that situation?

On September 8, 1937, the Feast of the Nativity of the Virgin Mary, we took over the St. Joseph Hospital in Koblenz. … As early as 1939, St. Joseph’s Hospital was declared a military hospital. True to the principle that the Covenant of Love is brought to life only through the capital of grace, Father Kentenich has always taught us to live a life of prayer, because only God and his holy Mother could help us in the emerging difficult situation. Father Kentenich explained to us that our main apostolate is in efficient and exemplary work, be it in the offices, laboratories, operating theaters, etc.

1941 began a very special era: The founder was imprisoned, months later he went voluntarily to the Dachau concentration camp. But the mutual bond became stronger. What a paradox! What was destined to separate us brought us to a much deeper bond, awakening the spirit of sacrifice, responsibility and devotion. Not my will, but what God wants, that is the goal to be achieved.

A first letter from the prison arrived on October 27, 1941, he called us to fidelity. Every little greeting was a celebration that strengthened us in the struggle for the joyous acceptance of the Father’s will, seeking to fulfill the will of God every day, each in her place. 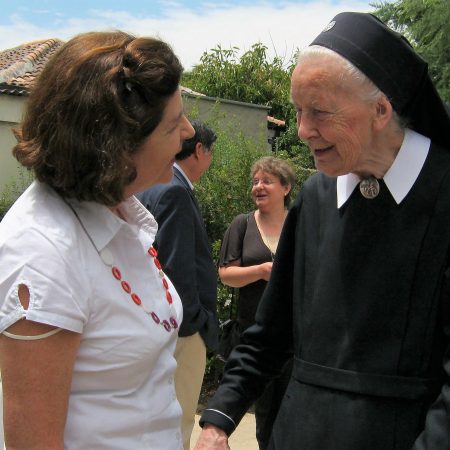 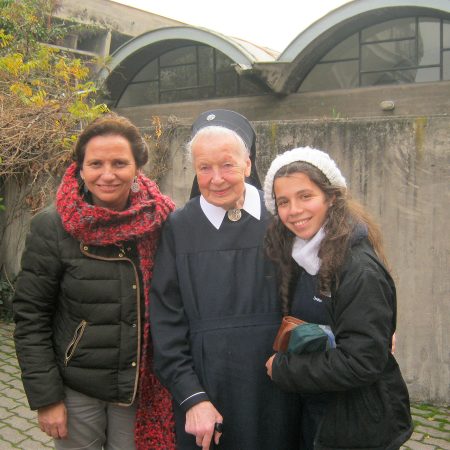 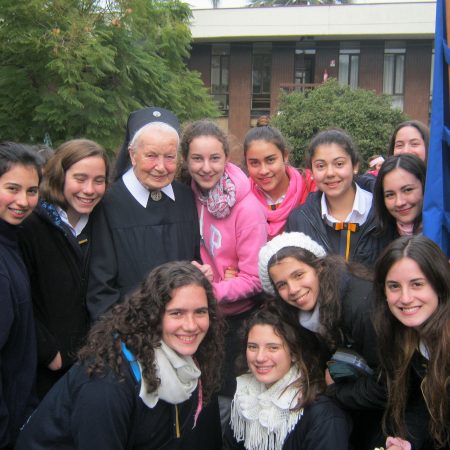 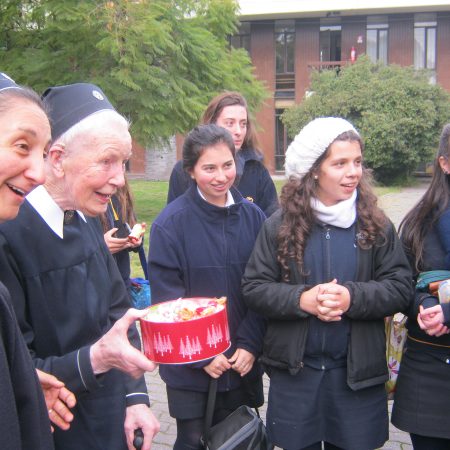 Joy is a clear sign that difficulties are accepted with inner freedom and the spirit of faith; what motivated you under such circumstances?

It is important to remember that this miracle would not have been possible if we had not consciously cultivated an atmosphere of joy around us. Our Founder has told us many times,

“A saint who is sad is a sad saint”. In his letters, he constantly introduced us to this world, which is to see everything through the eyes of the children of God. “A calm, happy person is the master of his soul,” as Shakespeare said. Father Kentenich urged us to be “a garden of joy.” He told us, “A person whose basic attitude is happiness already has the key to the hearts of the people in his pocket,” and that is only possible if pain and suffering are overcome.