The children and youth involved in the Pilgrim Mother campaign will certainly not forget the Kentenich Year. Yes, just do not believe that there are only families as missionaries. We have more than 7,000 children who are pilgrim missionaries who evangelize with their friends.

Get to know the childhood of Father Kentenich

As every year, a competition took place in 2018. This time the activities were related to the life of Fr. Joseph Kentenich. Based on the book “Father Kentenich – a Light That Leads Us”, the children were able to study the life of our founder. 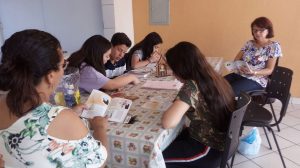 The first topic dealt with the childhood of Father Kentenich, who had to live in an orphanage due to his family situation. From this emerged the challenge (which gave special points): How about visiting a daycare? Or an accommodation for minors? One of the children missionaries said, “The activity I liked most was visiting the orphanage. I was deeply moved by the way the children looked forward to receiving attention and affection from other people. … All the tasks that had to be performed were simply incredible and very special “.

Another meeting was about the decision of the founder for the priesthood. Afterwards, the children were asked to interview their pastors to learn more about their vocations. One of the coordinators reported: “The children were totally excited and after this activity they felt that the priests are their friends.” 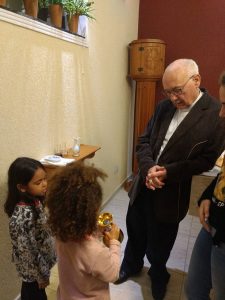 Take him to the streets

The children were given the task of making Father Kentenich known on the street, and they did so enthusiastically. On November 4, the Tabor Shrine competition was held at Atibaia’s “Shrine of the Perpetual Presence of the Father” because the children and youth campaign for the evangelization of children and young people is linked to the shrine and the young people involved are also to be trained in Schoenstatt’s spirituality.

The distribution of prizes!

It was a filled and happy day, for the moment had come to celebrate the Jubilee Year and to thank Father Kentenich for his life and mission. About 150 children from the final teams came to this meeting. There were different plays, thematic games, a visit to the Secretariat for the Beatification of Father Kentenich where they received a compilation of sentences from him, etc. “Of the plays that were performed, one was better than the other!” – A missionary told us: ” We were able to learn more about Father Kentenich and we are pleased with all the lessons he left us and the sisters gave us; we made several games … In the shrine, people feel like being with mother and father at home. We love each other!” 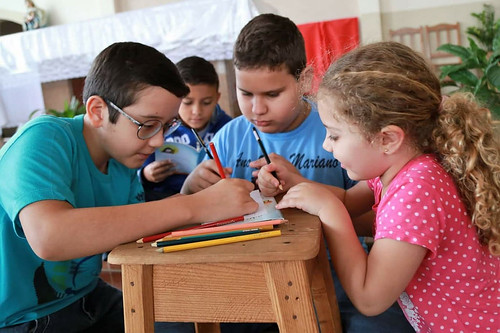 One child said: “Participating in the competition was a wonderful experience. Each meeting brought new insights into Father Kentenich … We must trust God and our Mother and Queen, and do everything for and with them. Of course I most liked the play, in which I was allowed to disguise myself as a Schoenstatt sister of Mary. I hope to experience more meetings like this! “

“What I liked best and made me very happy was the presence of the parents who accompanied their children. They need this to continue the mission. Of course I liked everything: the games, the plays … Wow! All this shows that everyone could learn something and that much was invested in the competition! We would like to thank once again for the wealth that the campaign of the Schoenstatt Pilgrim Mother has offered us “, so the résumé of a participant.