“Why not go out on the street?” Is the spontaneous reaction of the 10th graders of the Schoenstatt School of Mary in Borken to the proposal to design an exhibition in the school building for the 50th anniversary of Father Kentenich’s death?

The eastern front of the school is adjacent to the Father Kentenich Way. This small road is used by many pedestrians and cyclists who want to shorten the way to the city center of Borken. On September 15, 2018, a path of life about Fr. Kentenich was to be built on this street in order to draw the attention of many people to the founder of the Schoenstatt Movement and to the namesake of this street.

From the biography of Father Kentenich, the students choose seven stations. They quickly agree on a uniform design. In addition to a short information text, meaningful pictures and a timeline they intended to illustrate his way of life. Some students made banners from two-meter-long panels, which were hung at the beginning and end of the street. 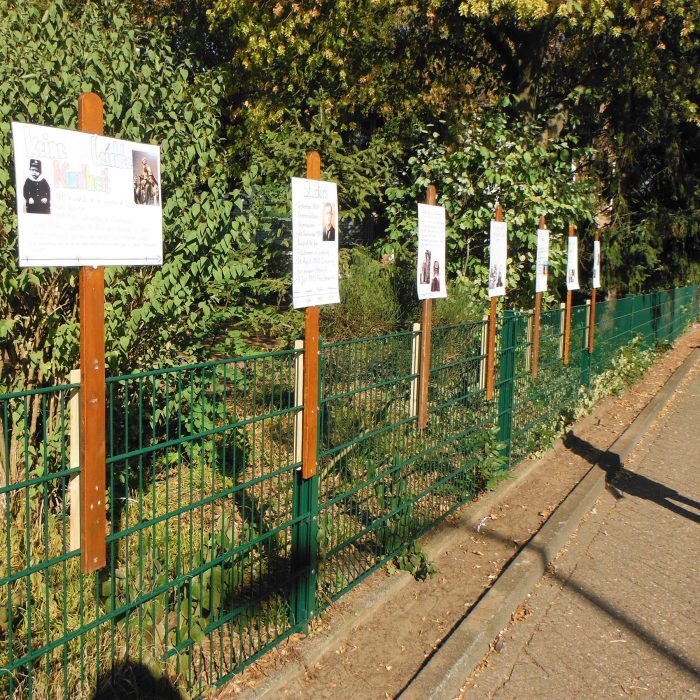 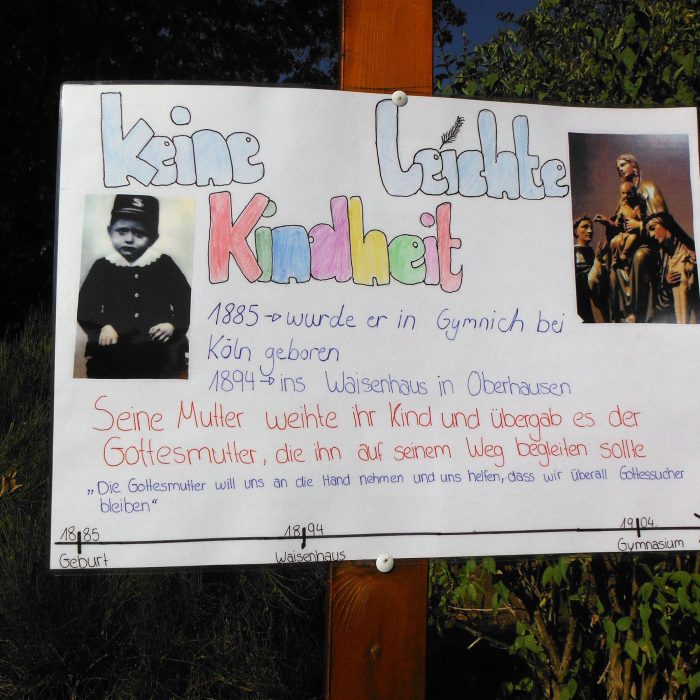 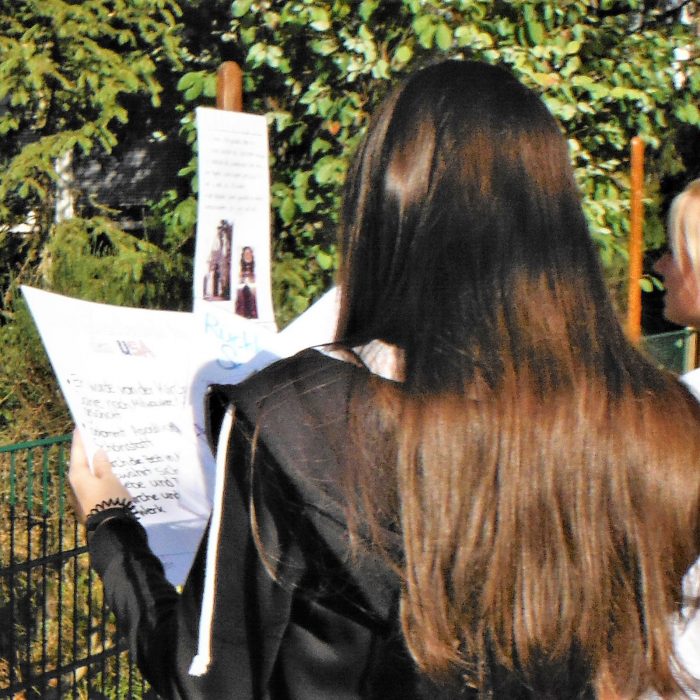 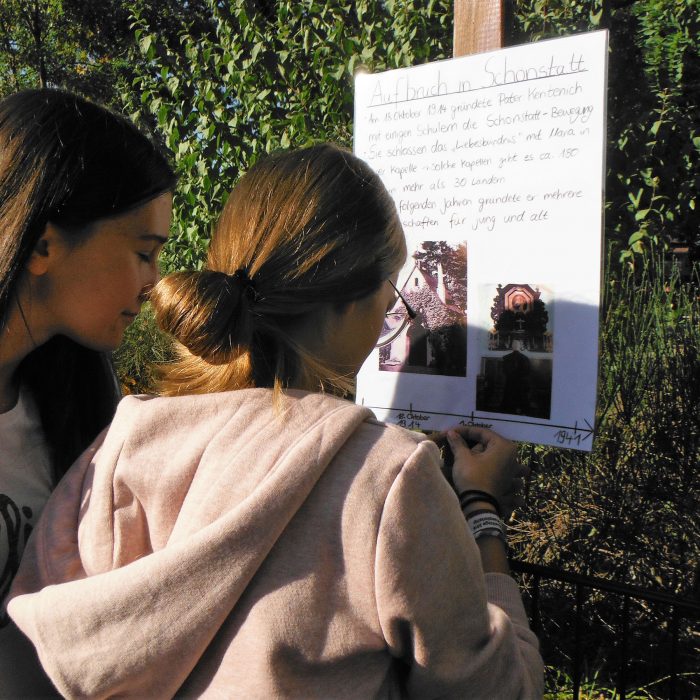 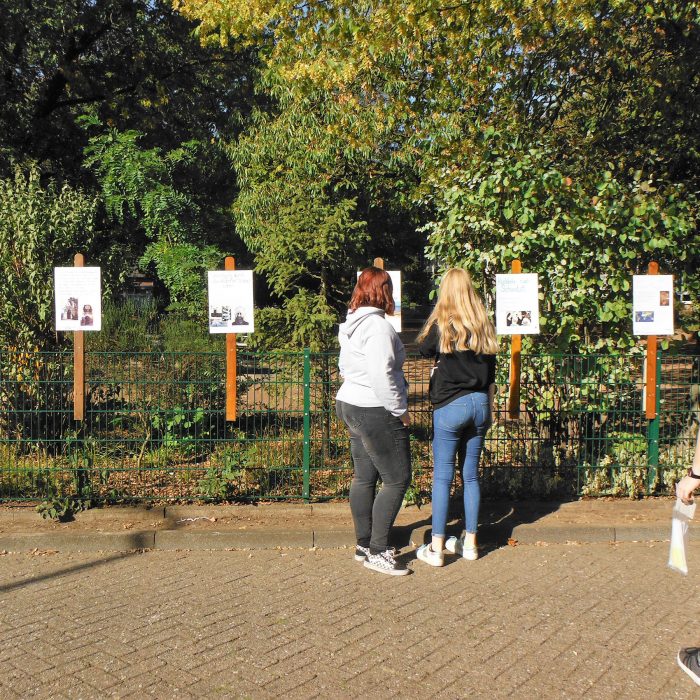 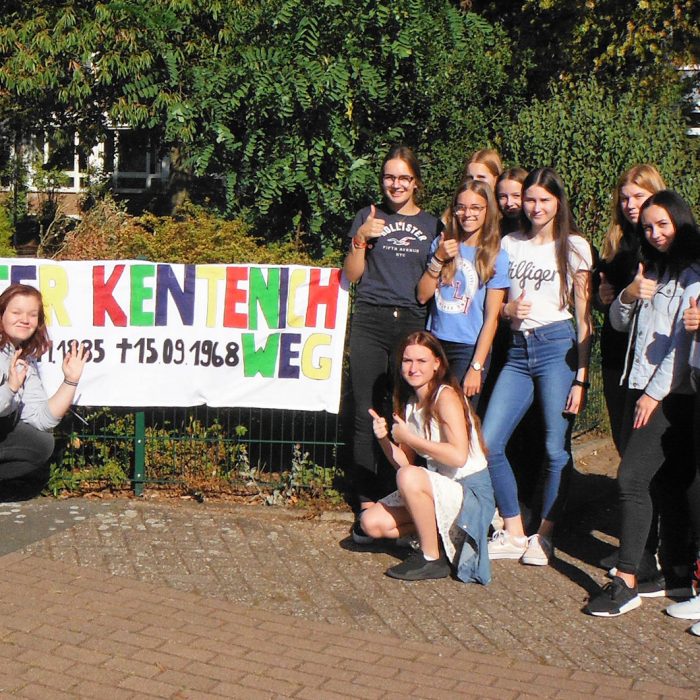 With great zeal they began the design of their station. Picture books were put together, photos were reviewed and information was collected. The important question for the young people was whether there were still people around them who knew Father Kentenich during his lifetime. One of the two teachers of our school who met the founder of the Schoenstatt Movement as children, could tell the class about their encounter.

After eager preparations, the banners and posters could be placed along the schoolyard. One student in the last lesson of religion reported that this little exhibition had attracted attention beyond the school community: “On Friday, I saw a few mothers and children who looked at our posters.” It was well worthwhile “to go out on the street”.