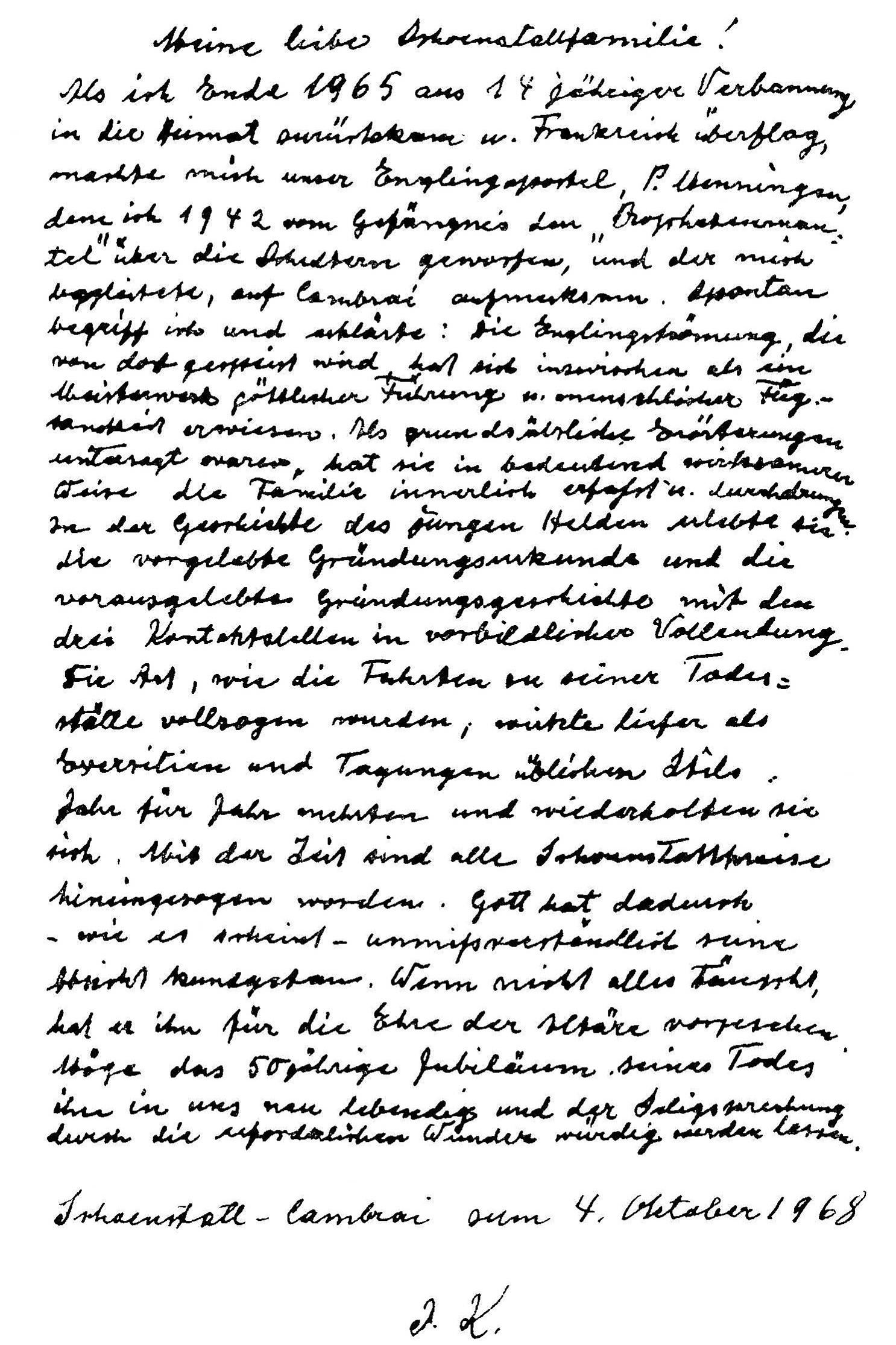 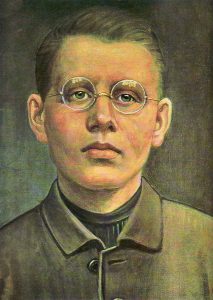 At the end of 1965, when I returned to my homeland after I had been banished for 14 years, and flew over France, our Engling apostle, Fr. Menningen, over whom I threw the “prophet’s cloak” in 1942 from prison  and who accompanied me, called my attention to Cambrai. Spontaneously, I realized and explained that the Engling current that is fed from there has now proven to be a masterpiece of divine guidance and human compliance. When basic discussions were forbidden, this was much more effective in interiorly capturing and permeating the family. In the story of the young hero, the family experienced in exemplary perfection the pre-lived Founding Document and the pre-lived founding history with the three contact points. The way in which the journeys to his place of death were carried out was more effective than retreats and meetings of the usual style. Year after year they multiplied and repeated themselves. Over time, all Schoenstatt circles have been involved. Through this God has – so it seems — unequivocally expressed his intention. If not mistaken, he has foreseen Joseph Engling for the honor of the altars.

May the fiftieth anniversary of his death make him alive in us anew and, through the necessary miracle, make us worthy of the beatification.