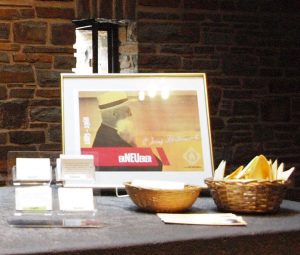 Meet the founder of the Schoenstatt Movement today

– that makes you sit up and take notice. The place where Father Joseph Kentenich completed his life 50 years ago always invites one to such an encounter.  People from all over the world come here to get to know this special place.

As part of the Kentenich Year came the offer to spend some time each month together at the tomb of Father Kentenich and to consider different facets of the life of the founder. There was also the opportunity to let go of concerns and cares, to leave them to Father Kentenich’s intercession and to pray together for them.

Around 400 participants from all over the world and from different generations have accepted the invitation and have been inspired by the life of Father Kentenich in this “meeting time”. Some came “by accident”, others deliberately decided. “This was good for me,” and “that was not just a momentary encounter with the founder of the Schoenstatt Movement, but it was somehow a foundation for my life. This was very deep, continue!”  Such was an echo after the last event.

The central words of the series of stamps for the Kentenich Year each gave a perspective, under which the participants looked at the life of the founder and could link some of it with their own lives. “It’s more than an event; it is motivation that you take home with you. It is for today. “This is how a participant, after looking at Father Kentenich, expressed himself as a” newbie “: starting anew; feeling that it is time to dare and do something new. These are the innovators who write history. This is not just renovation or modernization. Change of the world does not happen on a global scale and somewhere: this is renewal of the inner world, renewal of the heart. That’s what Father Kentenich stands for. That’s his offer. 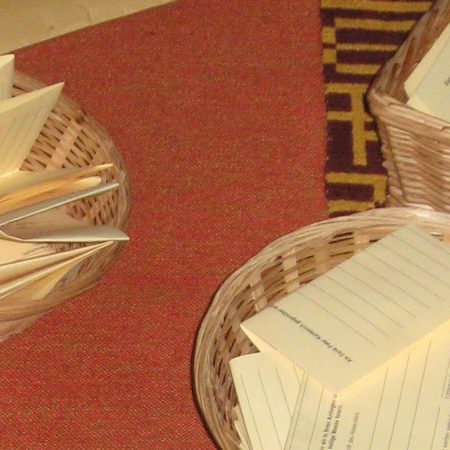 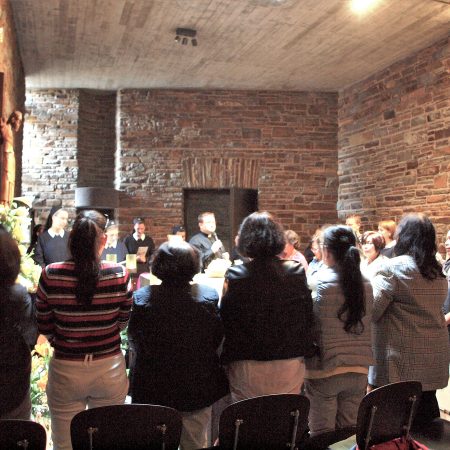 Trust grows in common prayer. Half an hour of “time out” can help to gather new strength. And it’s good to have an effective advocate with God. So these were particularly filled moments when the participants were invited to record their concerns and needs and trust that Father Kentenich would have a good word with God in the concerns entrusted to him. And not a few of the participants have discovered him as an effective advocate. “Father Kentenich, I rely on you,” a gentleman said very clearly before he started on the way back home. But not without taking a very personal motivational card with a sentence from Father Kentenich: A good word at the right moment can change a lot. Father Kentenich’s words can be like sparks that kindle something new in your own life and in your own person.

“We’ve been to the valley many times, but we’ve never been here, it has been good for us. This is a brand new event. That’s Schoenstatt.”  With this experience, a couple was happy to be invited to the commemoration of the 50th anniversary of the death of Father Kentenich on 15/16. September 2018.