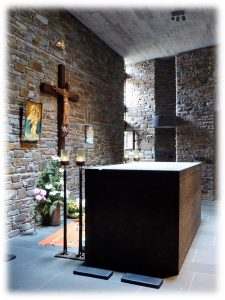 ON THE OCCASION OF THE 50TH ANNIVERSARY

OF THE DEATH OF FATHER JOSEPH KENTENICH
September 15,1968

On September 15, 2018 we commemorate the 50th anniversary of the death of our Father and Founder. For this occasion we proclaimed a Year of Fr. Kentenich during which we wanted to give witness to him and his charism in different ways.

We experienced the great jubilee of 2014 as a moment of grace and renewal which committed us to become a Schoenstatt on the Move (Pentecost Congress 2015).

That’s Why as September 15 approaches we ask ourselves, “What does our Father and Founder Want to tell us 50 years after his death ? And what do we, his Schoenstatt Family, Want to tell him”?