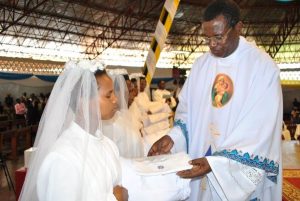 Reception of seven Sisters of Mary in Burundi

June 10, 2018 was an unforgettable day for many people in Burundi (Africa). Early in the morning, several flags were raised in front of the shrine in Mutumba. The shrine was festively decorated. A great amazement went through the ranks as the seven novices in their wedding dresses move into the shrine to spend some time there silently in prayer. The Vicar General Monsignor Anatole gave the blessing. In a long procession, all those present, including some 50 Sisters of Mary from Burundi, Germany and Switzerland, are drawn to the parish church. The novices are led by seven girls dressed in white.

Jesus is calling today too

The church was filled with about 4,000 faithful. Twelve priests concelebrated with the Vicar General. Three choirs sang during Holy Mass. The parish priest emphasized the importance of this day. In Burundi the celebration of the Sacred Heart of Jesus was celebrated today. We may be witnesses that even today Jesus calls people to serve him and to pass on his love. The seven novices followed this call and spoke their ready yes: “Here I am, send me.” (Isaiah 6: 8)

In the new dress

After a Holy Spirit song, Sr. Pia-Marit Rüttimann, our provincial superior, called the novices by their new names. They stepped in front of the altar. The Vicar General blessed the dresses, belts, veils, medals, and candles. He presented everything to every novice personally. The novices moved to the sacristy to change clothes. As they entered the church in the dress of the Schoenstatt Sisters of Mary, there is great joy and amazement. After Holy Communion, each novice receives a chalice with hosts to help with the communion distribution. One senses that the novices are deeply moved by the great mission to bring Christ to the people. 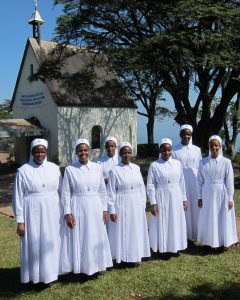 To radiate joy and happiness

Thanksgiving after Mass was one great praise. Everyone clapped and sang and danced. Sr. Pia-Marit expressed her thanks for the call of God our novices have heard and for their ready response. She thanked the parents who gave their children so generously. The father of a novice gave an enthusiastic speech. He expressed his confidence that the community will guide the novices on the right path. He asked all young people to think about how they can give themselves to God. After the final blessing, we moved to the shrine. We saw many bright eyes as the novices come out of the shrine and are congratulated by priests, sisters and relatives and acquaintances. In the Covenant Center, all guests can expect a good meal. Speeches, dances and songs frame it festively. There was a happy atmosphere. The parents of the novices are grateful to see their children radiate joy and happiness. May the festive joy continue in all hearts for a long time! 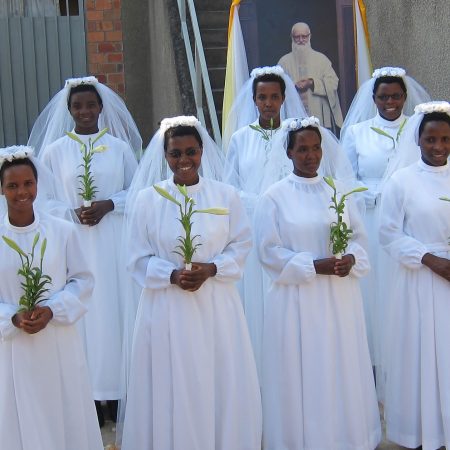 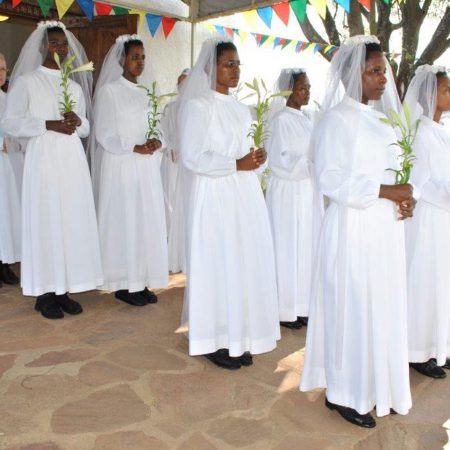 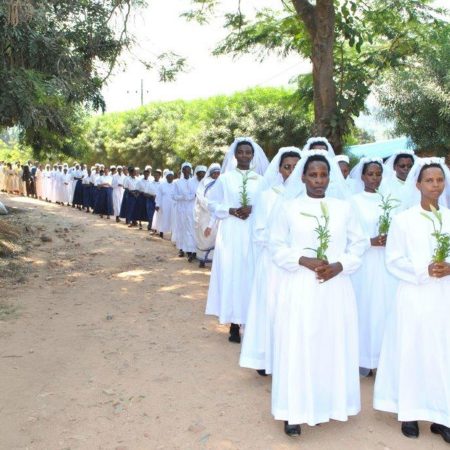 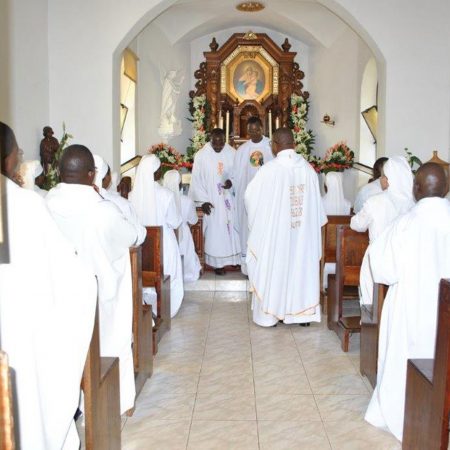 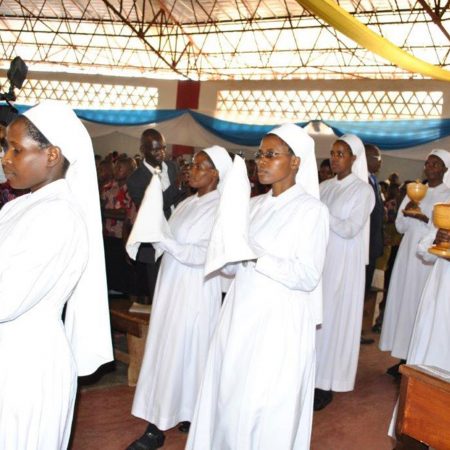 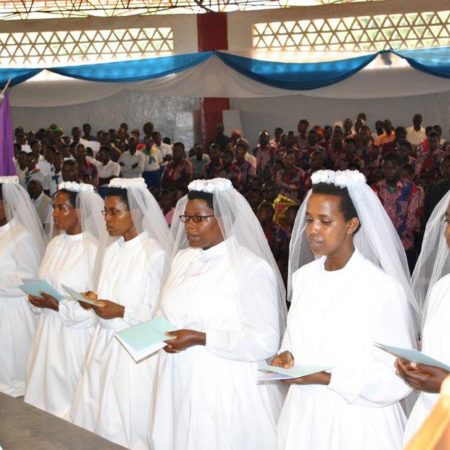 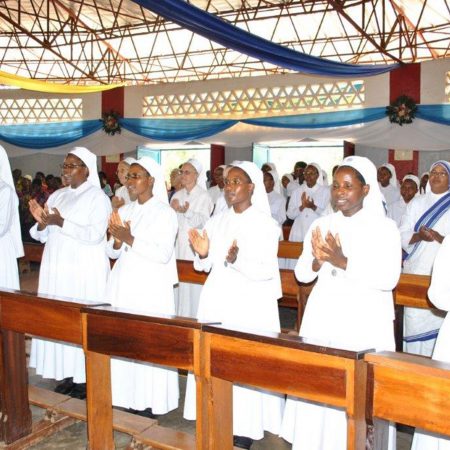