Sister M. Carmela Dies at the Age of 97

Sister M. Carmela was the first native Schoenstatt Sister of Mary from Chile. She belonged to our community for 66 years. She was born in Collupilli, an agricultural village in the south of Chile. She ventured the courageous step of entering into the postulancy of this German community that had arrived in Temuco, Chile, only six years previously and was still in the process of building up. Her deep devotion to the Virgin Mary was confirmed in Schoenstatt’s Marian charism.

Sister M. Carmela was a happy, communicative, sociable, and loving personality. She could express these qualities in nursing, a task she loved. She took care of the sick – children and adults – in several cities, especially in a polyclinic in Temuco, among the poorest, where she was much appreciated. She visited the sick at home, practiced pastoral care, and provided food and clothing for the needy. She was an expert on alternative medicine and knew about the medicinal uses of herbs, and her recipes were widely known. She was exemplary in her devotion to her fellow human beings.
In old age she lived near the national shrine in Santiago, Bellavista. There she welcomed the people who visited the shrine of the MTA. She was good at listening, giving advice, and leading to the Lord. She always had something to give away. So she made tangible the grace of finding a home, which the Blessed Mother gives in the shrine.
She died peacefully on March 15, 2018. 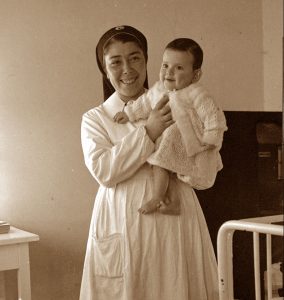 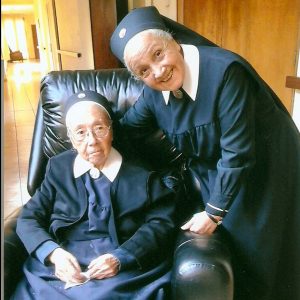