On September 8, 2012, nearly 3,000 people from 19 countries crowned the Blessed Mother in Schoenstatt as “Queen of the New Evangelization of Europe.” Since then, Europe’s auxiliary image, the crowned picture of the Mother Thrice Admirable, Queen, and Victress of Schoenstatt, has been making a pilgrimage through the countries of Europe. Since July 18, 2017, she has been traveling through Poland for the third time, and has visited 70 parishes in 11 dioceses of the country. The Queen of the New Evangelization comes at a time in which Christian values – justice, protection of families, and human dignity – are strongly disputed.

The Apostolate of the Pilgrim Mother

Europe’s auxiliary image is greeted in the parishes by the most varied persons: by families, youth, and the elderly, by priests and lay people. Many of them belong to a Pilgrim Mother circle: Every month, the picture of the Mother Thrice Admirable, Queen, and Victress of Schoenstatt visits approximately 20,000 homes in 1,700 circles in 400 parishes. In a manifold way the people express their gratitude for the growth of this apostolic project in their country, and also for the experience of the Blessed Mother’s presence and help in their personal daily lives. The visit of Europe’s auxiliary image is a good opportunity to make more people aware of this project and to pray together for a Christian Europe.

Orchestra and Guard of Honor for the Queen

The visits in the parishes are prepared by the Pilgrim Mother circles, which makes the encounters a good opportunity also to get to know one another. Often other spiritual movements and prayer communities will help prepare the celebrations, which enables Mary also to work as the Mother of Unity. In many parishes there is a proper rite for the reception of the image of the Queen: After the greeting of the pastor, the auxiliary image, carried by a family, solemnly enters the church in procession, where she is greeted by all. In one parish, an orchestra accompanied the procession, and in another, a guard of honor for the Blessed Mother was even formed by the Knights of Columbus. The liturgical texts are prayed by the members of the Pilgrim Mother circles. The devotions contain Marian songs and Schoenstatt songs. The pastor prays the crowning prayer from September 8, 2012. There is also the custom of writing down petitions, prayers of thanks, and sacrifices for the Blessed Mother.

One of the highpoints during the visit of Europe’s auxiliary image was the celebration in Łuków (Diocese of Siedlce), in which Auxiliary Bishop Piotr Sawczuk crowned the Blessed Mother in 31 Pilgrim Mother images. The Queen of the New Evangelization also visited Bishop Jan Kopiec in Gliwice, who especially entrusted young couples and their life’s way to the Blessed Mother.

The Queen Visits Daycares and Schools

On her travels through Poland, the Queen of the New Evangelization is also welcomed by individual families, daycares, and schools. The children especially greet the Blessed Mother very warmly and are interested in every detail of the picture. May the visit of Europe’s auxiliary image be fruitful, and may this “pilgrimage” contribute to the deepening of faith and the strengthening of bonds in the families and parishes of Poland.

Further information about the Pilgrim Mother initiative in the USA 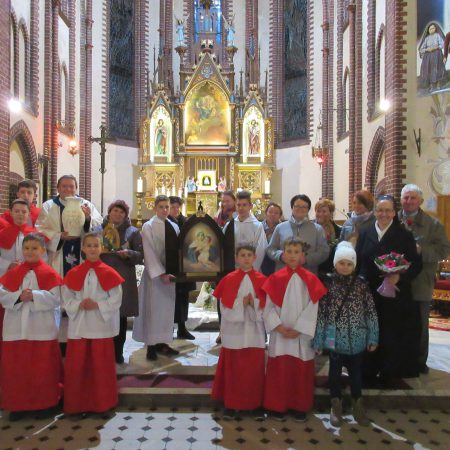 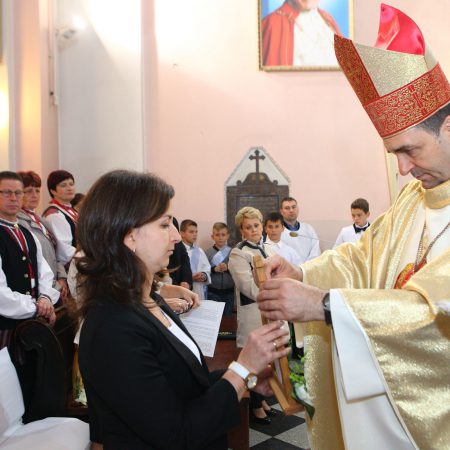 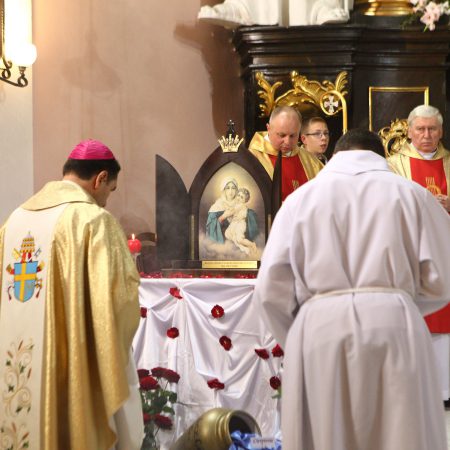 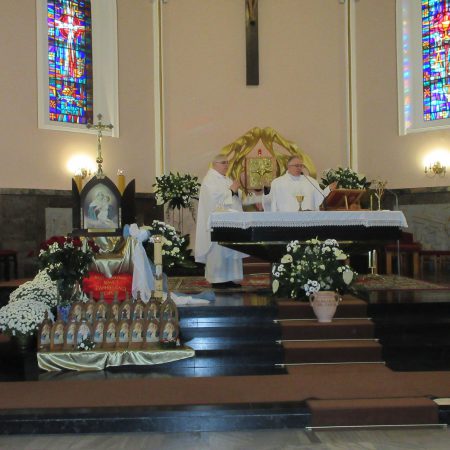 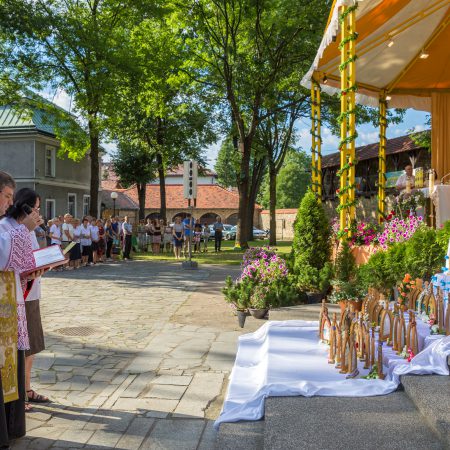 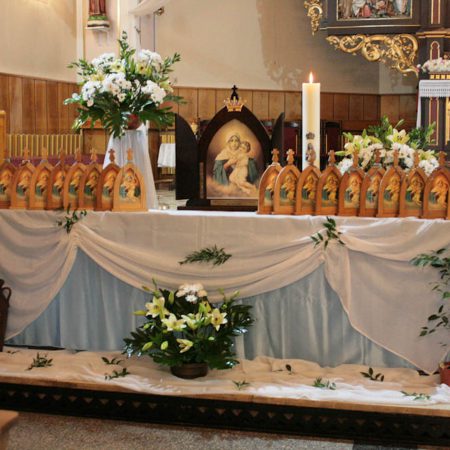 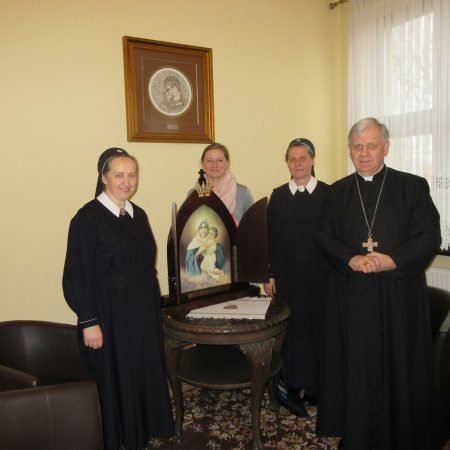 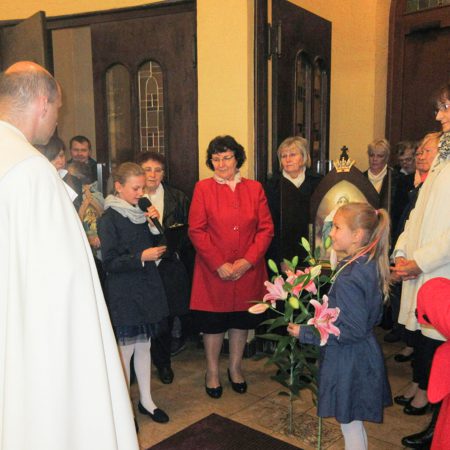 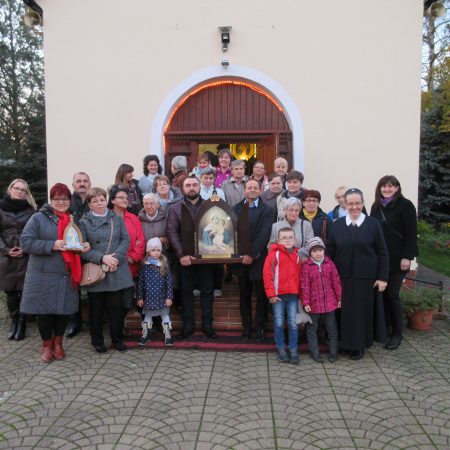 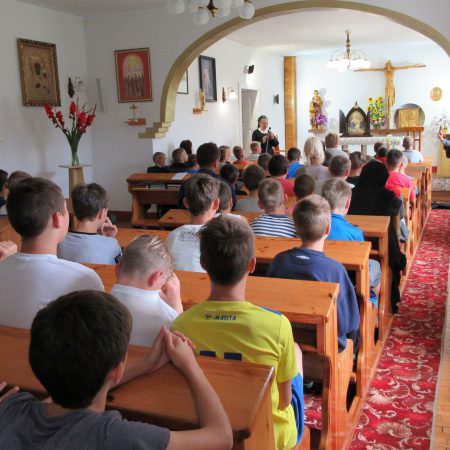 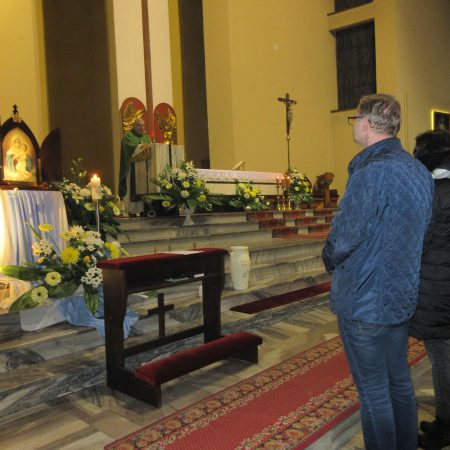 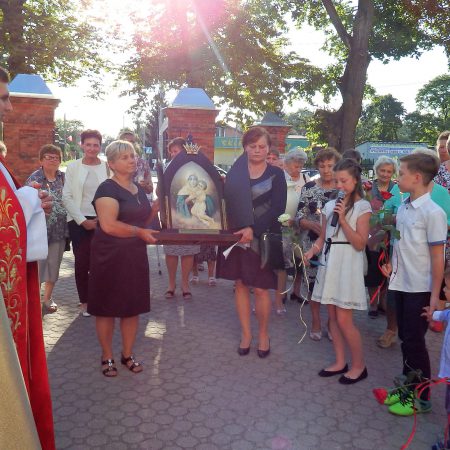 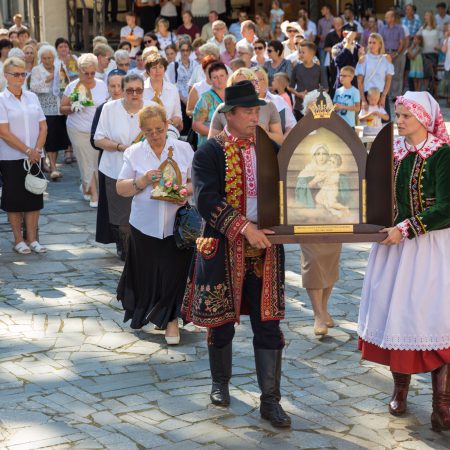