Sister M. Elinor Grimm has been working part-time for eight years as a tour guide at the Dachau Concentration Camp Memorial Site. Each year, approximately 800,000 people from all over the world visit this memorial site. For the worldwide Schoenstatt Movement, this memorial site has a special significance. The founder, Father Joseph Kentenich, was in the Dachau concentration camp from 1942-1945 as prisoner number 29,392. Amid danger of death he dared much, including composing prayers; holding religious talks for fellow prisoners; secretly founding two more communities on July 16, 1942; and expanding the Schoenstatt Work internationally. We asked Sister M. Elinor to tell us about her experiences at the Dachau Memorial Site:

Editorial Staff: Sister M. Elinor, how did you end up working as a tour guide at the Dachau Concentration Camp Memorial Site?

That is an interesting story. Actually, Father Kentenich himself took care of this. In 2005, after the redesigning of the exhibit, I made efforts to secure that his picture, which had hung for years in the memorial room, would also find a place in the new memorial room. The picture of grace of the Mother Thrice Admirable, Queen, and Victress of Schoenstatt was already there in the form of a bronze relief. As we turned to the directors of the memorial site with this request, we happened to find out about the possibility to be trained as a tour guide. On September 15, 2008, the doors opened for me. Since it was precisely on the commemoration day of the death of our founder, I see it as a gift. I see my activity as a tour guide in Dachau as something for him and his mission. Since 2014, only licensed tour guides can give tours at the memorial site, so I am happy that a Lady of Schoenstatt is now able to take part in the training course.

Editorial Staff: Which groups do you lead through the memorial site?

Most of them are youth, school classes. It’s always exciting to see how they react to the “sister.” I’m amazed that in this regard I have had positive experiences, also in working together with other tour guides and the staff of the memorial site.

It is something special, and a challenge, when I get to lead Schoenstatt groups and can walk with them in the footsteps of our founder. The jubilee year 2014 was the “highlight,” as many international Schoenstatt groups also came to Dachau in connection with the festive events in Schoenstatt. At that time the ones who impressed me the most were the Schoenstatt Boys’ Youth from South America.

Twice this year I could give a tour to the German Schoenstatt Boys’ Youth. In October there were almost 30 young women from the diocese of Muenster following the footsteps of Father Kentenich in Dachau. The mid-morning windstorm was so strong that it was almost impossible to hear anything outside. But even so, the day became a encounter with our founder for the young women. Some very attentive listeners were the more than 40 men from the parish in Marienfried/Pfaffenhofen who came to the memorial site with their pastor, the chaplain, and a deacon on October 31.

A few days earlier I had given a day seminar for the first time on the topic, “Culture of Remembrance – What Does that Have to Do with Me?” I was grateful that the high-schoolers cooperated so well and that the teacher supported me well with this broad topic.

Editorial Staff: What do visitors to the concentration camp memorial site take along? Do they leave the camp different than how they came?

That is hard to say and it surely also varies. I experience people who are reflective or who become reflective as they walk through the camp. Many visitors seem to come only as tourists. For school kids it is usually an obligatory visit in the framework of their history classes. But I also sense genuine interest from many people. Sometimes I get questions like, “How could something like this happen?

Schoenstatt visitors are very open, above all the groups from abroad, for example, young women from the “Schoenstattzeit” (Extended Stay) Program. They take in many things from the life of Father Kentenich here, and the visit to the memorial site becomes for them an encounter with the person of our founder. Many renew or deepen their consecration to Mary here.

Editorial Staff: What impresses you the most when you think of Father Kentenich’s imprisonment in the concentration camp of Dachau?

I feel much like a fellow prisoner of Father Kentenich’s, the Schoenstatt member Father Heinz Dresbach. In this extreme situation, the great calm and tranquility of Father Kentenich impressed him again and again. He admired his ability to listen and stood in awe at his many personal contacts with fellow prisoners, not only with priests. Through the encounter with Father Kentenich – Father Dresbach was one of the three secret writers for our founder – the “hell of Dachau” became “heaven” for him. He himself later led tours in Dachau. What is also impressive for me are the texts that Father Kentenich composed in this atmosphere. For example, the content of the Home Song from Heavenwards – a collection of prayers that Father Kentenich composed during his imprisonment in the concentration camp – stands in complete contrast to what he was experiencing daily in the camp. Father also wrote verses by which he gave thanks for food packages and other things. Not least of all, it is impressive that Father Kentenich founded two new Schoenstatt communities in this situation.

Editorial Staff: What do you consider the special highpoints in 2017 with regard to your task?

The highpoint was certainly the 16th of July, the memorial celebration of the 75th anniversary of the founding of the Schoenstatt Family Institute and the Brothers of Mary. I was part of the preparation team and in charge of the organization at the actual place. The cooperation with the people in charge at the memorial site was marked by benevolence. It made me especially happy that the director of the foundation took part in the celebration and spoke some words of greeting.

Other special days were March 11 – on this day 75 years ago, Father Kentenich arrived via transport at the concentration camp of Dachau. The members of the Schoenstatt Women’s Federation were involved in preparing this day. They planned the holy Mass and also printed a nice preparation booklet. On September 3 we recalled the 75th anniversary of Father Albert Eise’s death day. Father Eise belonged to Schoenstatt’s founding generation and died in 1942 of dysentery. Both days in the morning there was a themed tour, and in the afternoon there were various activities offered. The Schoenstatt Mothers’ Federation prepared a time of Eucharistic adoration, fitting to Father Eise. Father Hinsen, SAC, celebrated holy Mass. In October, a bus from Oeffingen, the home parish of Father Eise, came to Dachau. Even the pastor and a few school kids were among the participants.

On October 7 there were especially intense encounters with a course group from the Schoenstatt Family Federation. Many were visiting the memorial site for the first time. They had brought stones with them from home, “filled” with experiences of suffering.

A little experience that also made me very happy was in August, when I gave a tour in German to Sister M. Lourdes and a group of ladies from the Philippines. Sister M. Lourdes is currently in the Pilgrim Center in Schoenstatt, in charge of the English-speaking visitors. Sister M. Lourdes translated fluently for one participant from Australia who hardly knew any German. In Australia this lady is very attached to the shrine. As I got out of the car in the parking lot, a small group of Indian sisters arrived. I spontaneously approached them and invited them to join the tour. Three of them could speak perfect German. They have been working in a hospital for several years. But the provincial superior, to whom they wanted to show Dachau, could only speak English. So it was a gift that Sister M. Lourdes could translate. These little signs show me very simply that God leads and is with me in my work.

We give thanks for the interview and wish you all the best and God’s blessing for your continued work! 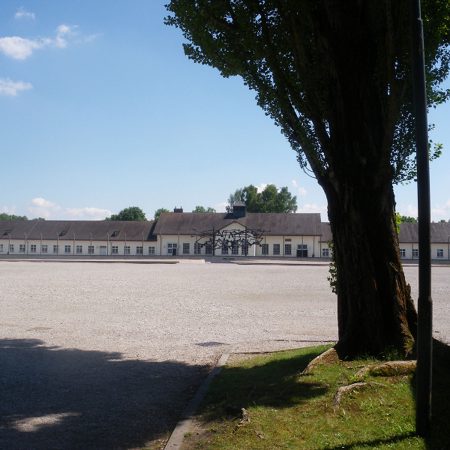 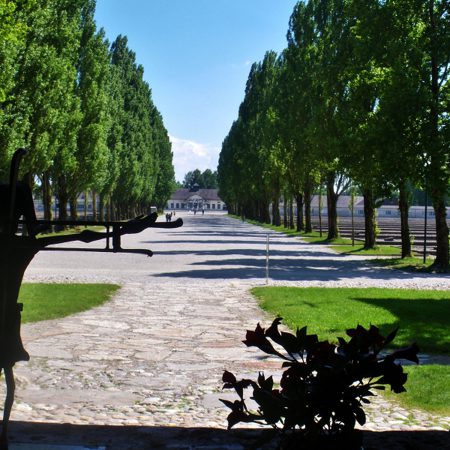 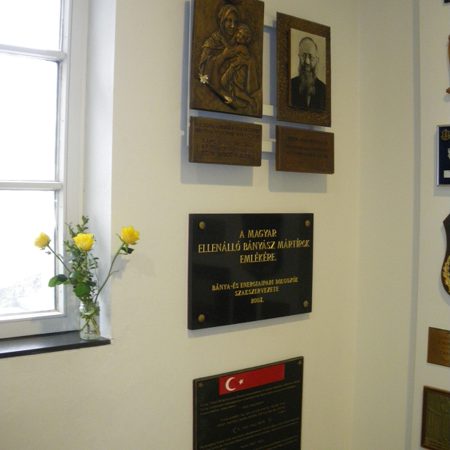 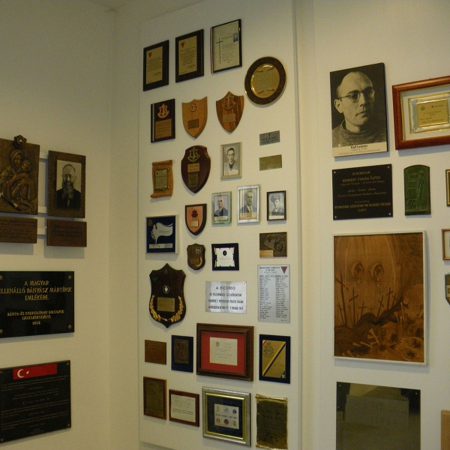 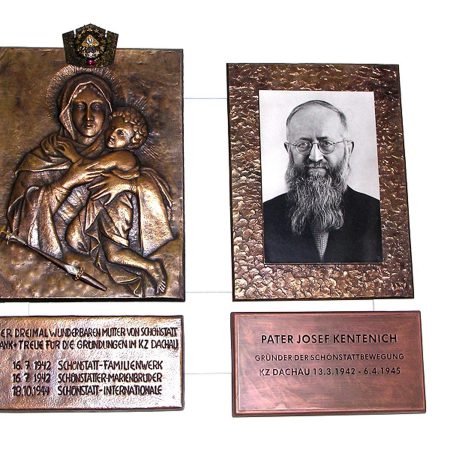 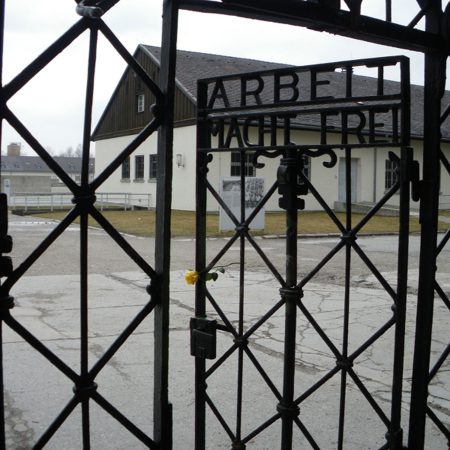