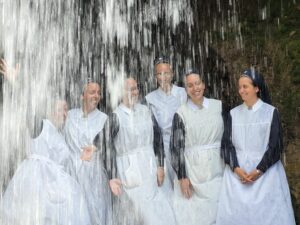 The National Convention
of the Schoenstatt Girls Youth in Argentina

“It will happen … THE REUNION!” was the persistent cry during the final months of last year, an expression of the ardent desire to make the national meeting of the Schoenstatt Girls’ Youth a reality. And finally, from February 1-8, it took place in the Argentinian province of the Andes Mendoza.

But there were some serious obstacles that had to be overcome before it happened. In July, we asked ourselves if we should drop the FIAT MARIA 2022 project. Great uncertainy regarding how the covid pandemic would continue further limited the real possibility of such a large gathering.  However, we could not ignore the great desire and the almost “desperate” request of the girls in the different dioceses who had been denied participation in a meeting at the national level since AD PATREM in 2018. Then, in August, we decided to assemble an organing team and begin preparing for the “Campamento,” the camp. Already in September we met in the shadow of the National Shrine for the usual organizational meeting.

However, the way was not yet paved. Things came to a dramatic head when, on January 15, we discovered that the facilities we had rented in Tunuyan, Mendoza, were no longer available to us. Because of the renewed COVID outbreak throughout the country, the province closed its doors to us. What were we to do? Cancel the meeting? Postpone it?

Many questions weighed on our hearts. How were we to interpret the hand of God in the face of this dilemma? There were only 15 days until the FIAT was to begin. To find a place for about 100 people in Mendoza during peak vacation season is almost impossible! 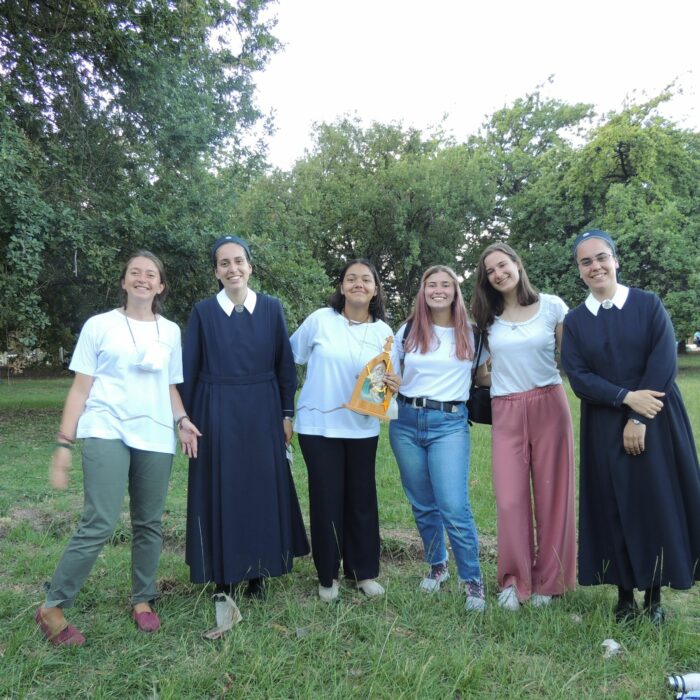 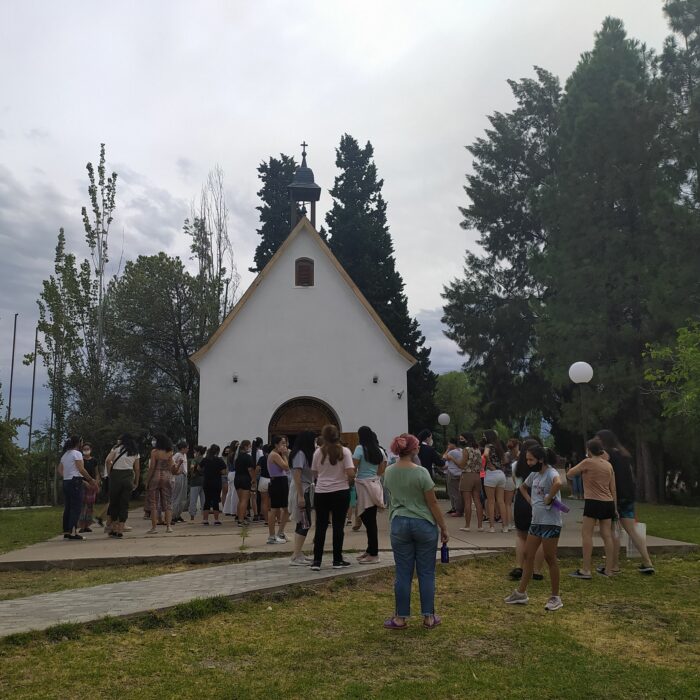 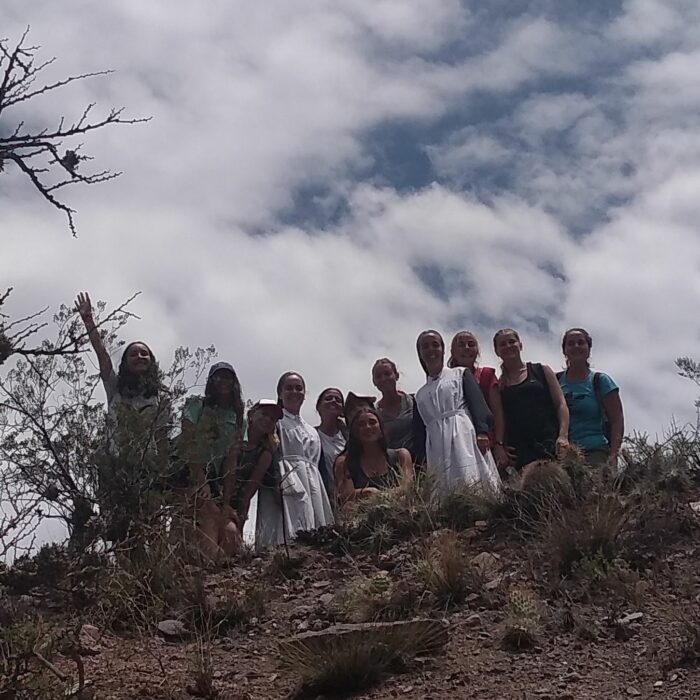 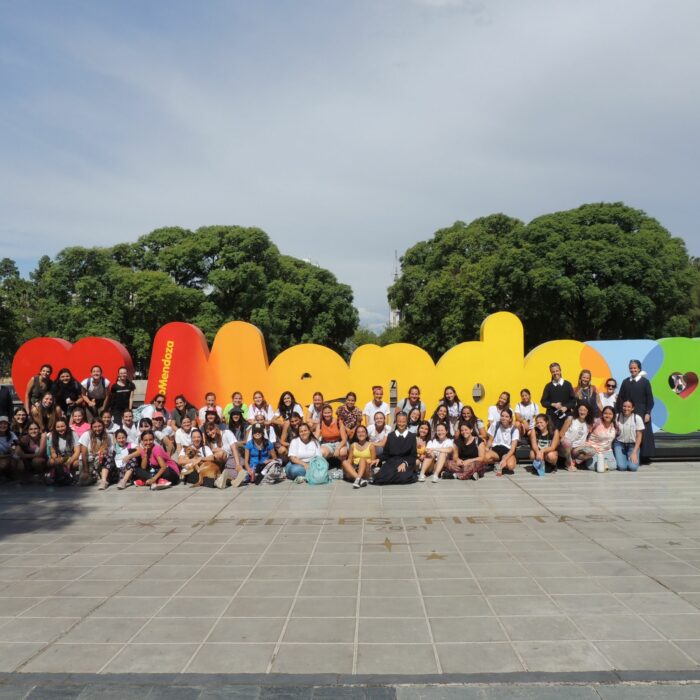 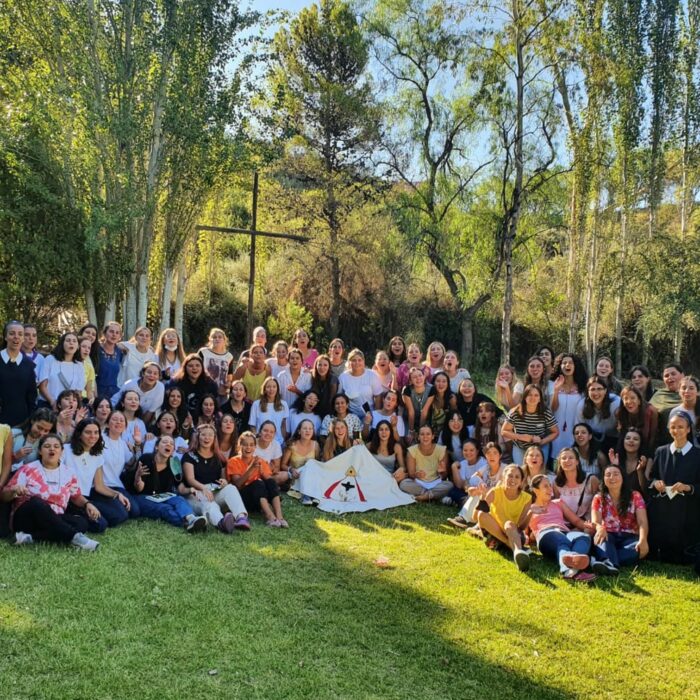 A virtual internet communication with the organizing team was scheduled for January 18th. We set a “deadline” for our “Mater;” by January 22nd – in Schoenstatt, a victory day. God should give us a sign whether the camp could still be organized. He was to show us a place that would meet the conditions of such a meeting and it would have to be be within our budget.

The Queen’s magnanimity cannot be surpassed when it comes to her DAUGHTERS OF THE FATHER. On January 20th, the 70th anniversary of the consecration of the Father Shrine, we received a call from a member of the Argentinean military who placed the “Liceo General Espejo” with all its facilities at our disposal for the meeting in Mendoza!

It was a very successful event, and therefore it was also very blessed. Once again, the Schoenstatt children felt the well-known “law” that our Father expressed in the words: greatness of difficulties, smallness of the means…only then…do the generosity and the abundant fruits confirm the work of God and the MTA.

Finally, the much anticipated February 1, 2022 arrived. Ninety girls gathered around the Shrine of La Puntilla to begin the camp. They were accompanied by six Sisters of Mary and by Father Ricardo Fernandez Caride, national adviser to the Girls’ Youth and member of the Schoenstatt Priests’ Federation. The Schoenstatt Family of Mendoza celebrated Holy Mass with us. This was a welcome opportunity for us to express gratitude for all the economic, logistical, and especially prayerful support received during these months of preparation.

The girls were divided into high school and university level groups. In the morning, they worked on the different symbols of the national Girls’ Youth flag through lectures and in small group sessions. In the afternoon they could choose between thematic workshops, such as prayer, the search for the personal ideal, endangerment of the eco-system, preparing a play about the life of the founder. Meanwhile, the leaders of the groups met to discover through the voices of time, soul and being what God wants from us this year. And so, on the third day, they discovered that for 2022, God is calling them to shape threir lives according to the following  national motto:

Wake up girls, return to your shrine!

The afternoons were also dedicated to recreational and tourist activities. We climbed the “Cerro de la Gloria,” visited Independence Square, the pedestrian zone, went on mission in the “General San Martin” park. A hike led us to the “Cascada del Ángel” in Potrerillos, an excursion that concluded with Holy Mass at the dam. 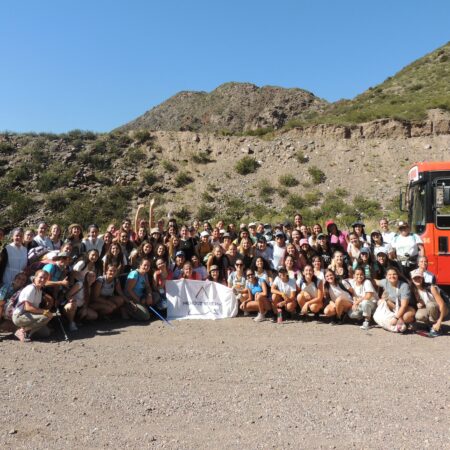 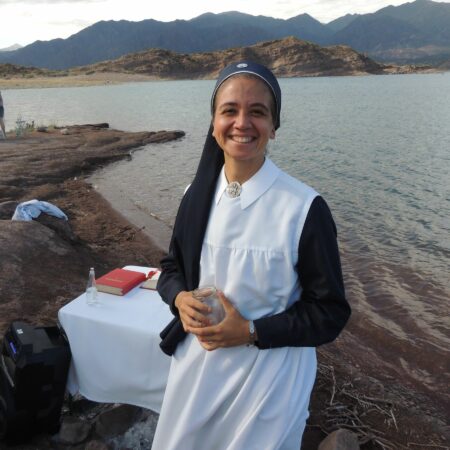 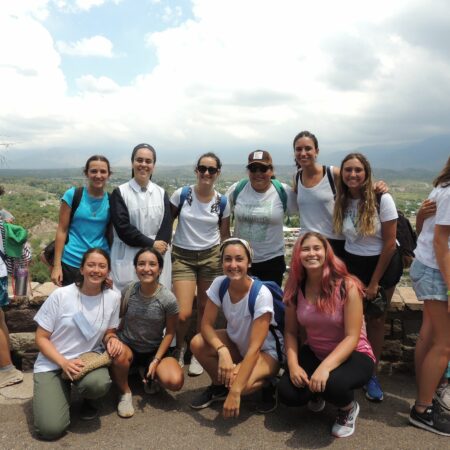 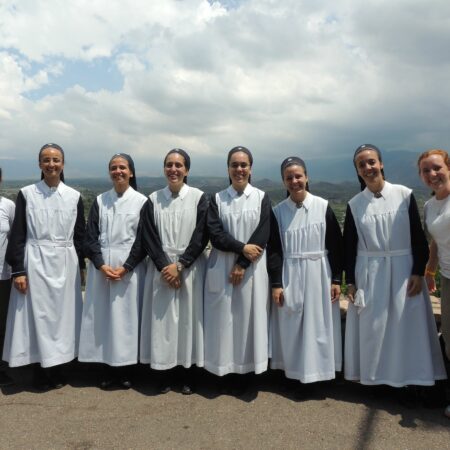 The daily adoration, the retreats, the Sacrament of Reconciliation, receiving Jesus every day in the Eucharist were our most intense moments of encounter with God and the Blessed Mother, and they fostered unity between all the girls as sisters of the same family.

An atmosphere of pure joy abounded everywhere, not superficial joy or only a feeling of joy that does not outlast the event. It was a joy that found rest in the soul of so many girls, united anew by the burning desire to be CHILDREN OF THE FATHER, BUILDERS OF THE KINGDOM, and to carry the banner with the ideals of purity, paternal love, and fraternity.

Summer days filled with a healthy variety of activities and with friends from all over the country were enjoyed. One noticed that each young women was genuinely searching for what God wants of her life. This was crowned by the “farewell” of three girls who have found their vocation. Two of them, Maria Elina San Román and Catalina Duggan, will enter the community of the Schoenstatt Sisters of Mary in May. And Belén Maria Clos will give her YES in marriage next February.

A small pearl: We had made a special request to the Sisters of Mary of the Nazareth Province to pray for us that we would be spared any COVID. During the eight days of our meeting, there was not a single COVID case–no one with COVID symptoms or complaints. Our Lady took wonderful care of us. “Nothing without You, nothing without us!”

We thank everyone who, with their prayers and concern, made this REUNION possible, especially the Schoenstatt Family of the Diocese of Mendoza, who took care of us, worried about us, and took care of every detail.

This was a testimony to the realization of the ideal of the Shrine of La Puntilla:

NAZARETH, A HEART IN THE FATHER, HOME, AND GUARANTOR OF UNITY.

May God reward you all abundantly! May the fire of love for our family continue to burn! 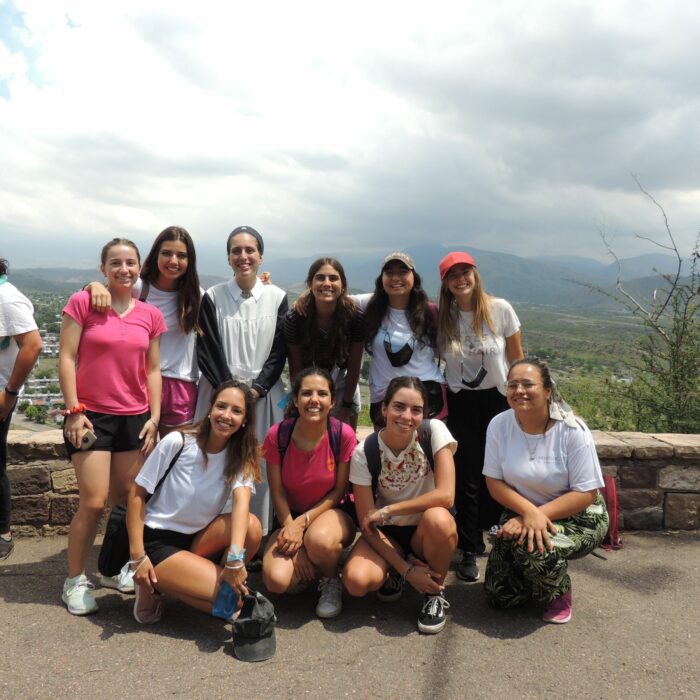 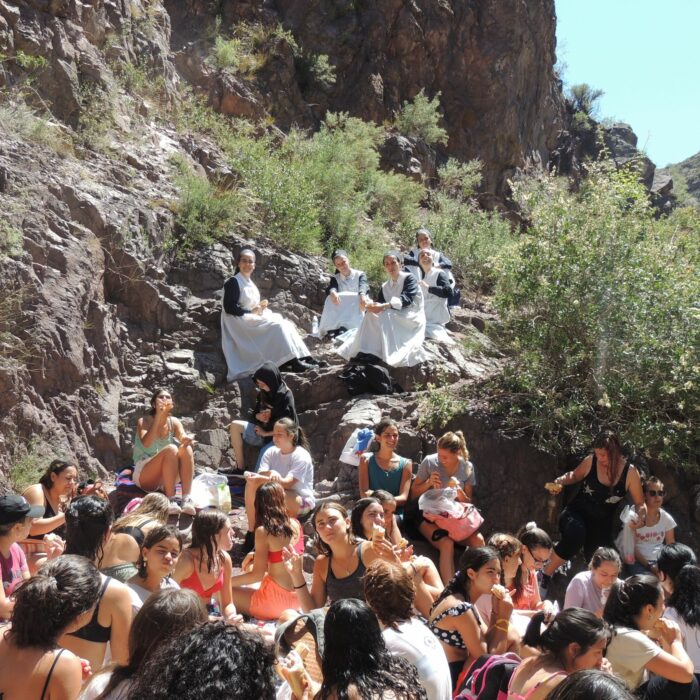 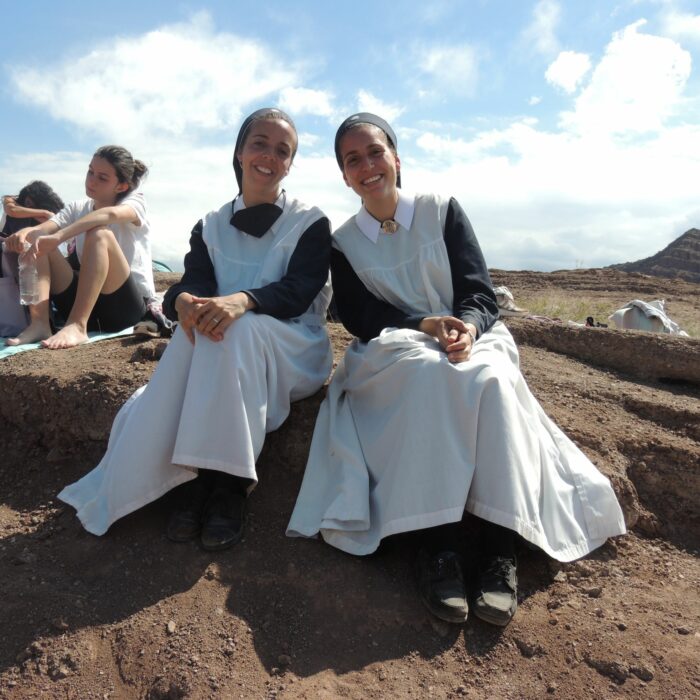 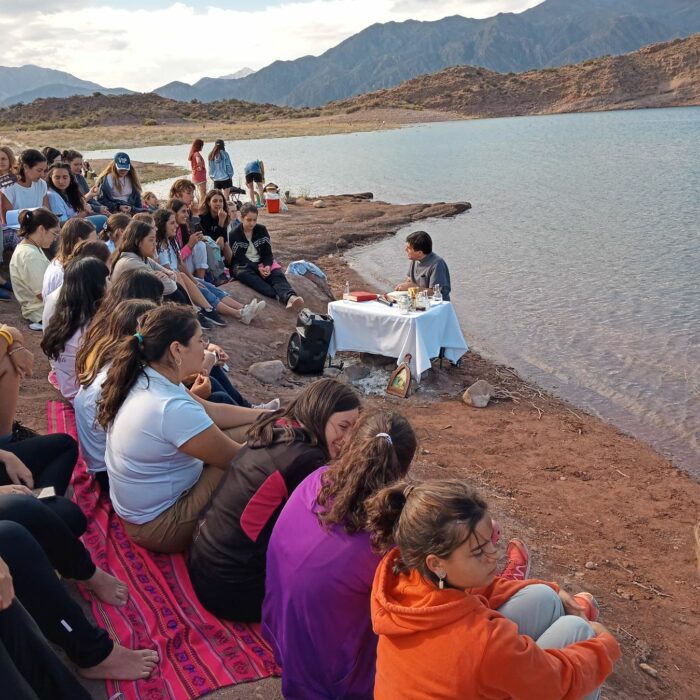 Schoenstatt Girls Youth who want to change the world:

A quote from the testimony of Marian Snidjers, Girls Youth of San Isidro:

… FIAT is a unique experience that can not be put into words. For the one who reads these lines and has not experienced it, it will be difficult to understand what I want to communicate. I can only say that it was incredible. Many things surprised me and went far beyond my expectations,

The interpersonal relationships that formed will remain a part of me. How is it possible to connect in such a special way and form friendships with people who were absolute strangers to you just yesterday? How is it possible to meet people about whom I can say today that I am their friend?

I am infinitely grateful for all those whom I met and with whom I could share a small piece of my life and who in turn opened their lives to me! In FIAT I have met many hidden hearts, full of light and love to give to others.

I am sure that the majority of us were steeped in spirituality. It was beautiful and very important to know that we were all living in the same spirit, in the same Movement, and gathered in the same conviction of faith. It was the Schoenstatt Girls’ Youth that wants to change the world.

I received much joy and hope! I was surprised how each girl became a special and indispensable part of the group. We could agree, even though we came from different provinces and cultures. However, the Girls’ Youth felt more united than ever.

It was beautiful to experience the greatness of faith shared on a national level.