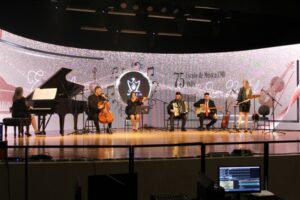 the 75th anniversary of its founding!

With music and joy the brilliant jubilee of the history of this school–the first Schoenstatt music school– was celebrated on a world-wide scale. The music school is a model for music and music education on a national and international level. The school had extraordinary faculty and contributed to the education of great musicians as well as to Linenz of the music department of the state university and to the international music festival in Londrina.

Everything began this way… 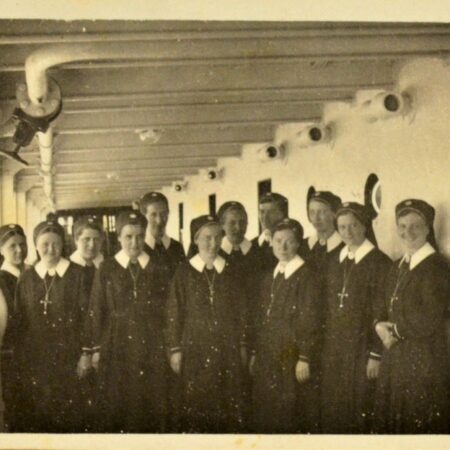 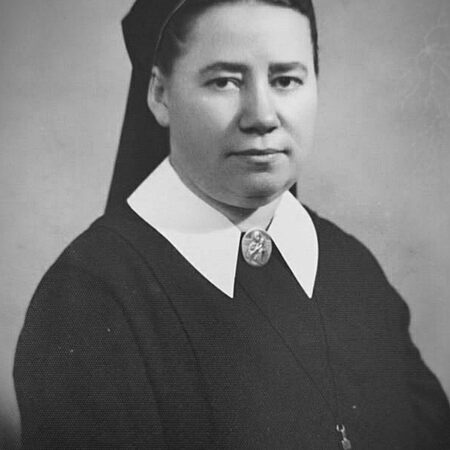 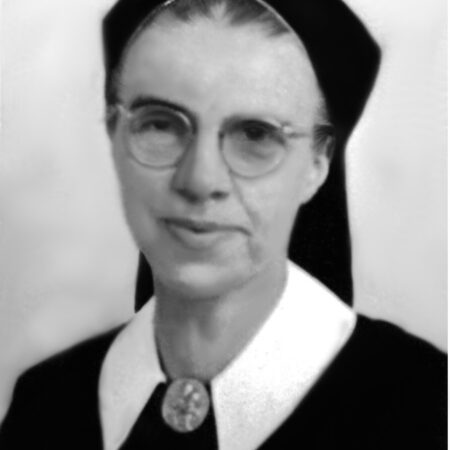 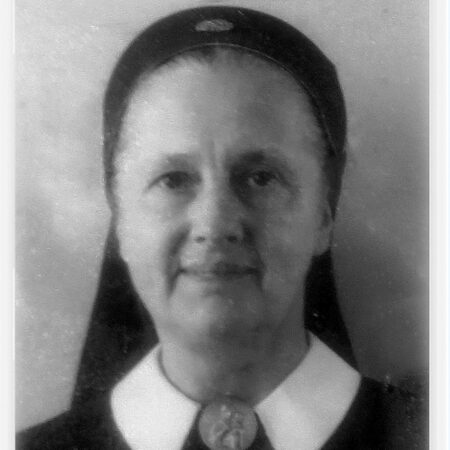 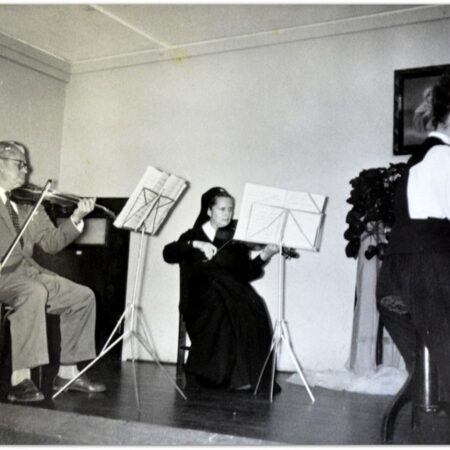 The first 12 missionary sisters from Germany, who in 1935 were sent from Schoenstatt to Londrina brought with them in their luggage three signs: the cross, a building block, and a violin, symbols of faith, education, and culture. During the difficult journey on the ship San Martin, Sister Mariaregis Kessler played her violin for the other passengers and the crew. She gathered everyone around the Schoenstatt MTA-picture and from the choir of the Sisters of Mary melodies and songs from their Schoenstatt homeland resounded.

A few years later, in the year 1945, Sister M. Claricia Lorenz founded the music school. Over the years, through music, the Schoenstatt Sisters of Mary have made an effort to significantly raise the level of the niveau through the recognition and development of the culture in Londrina and the region.

Thanks to the efforts of Sister M. Wilfred Gassenmeyer, the foundress of the music department of Mae de Deus, the world renowned Suziki method was brought to Brazil. She fostered direct contact with the person who developed this method, Professor Shinichi Suzuki in Japan. This method is still used and developed in our music school and in the classes of the regular courses of the college Mae de Deus.

One of the best courses in Brazil

Former students, former teaches and some sisters who contributed to the development of this school participated in the live concert for the 75th anniversary of the music school of Mae de Deus which took place on November 13 in the theater Mae de Deus. 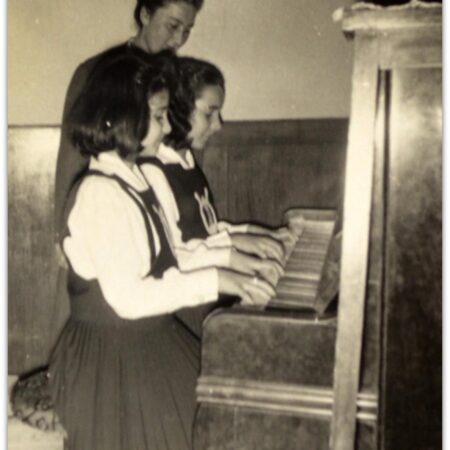 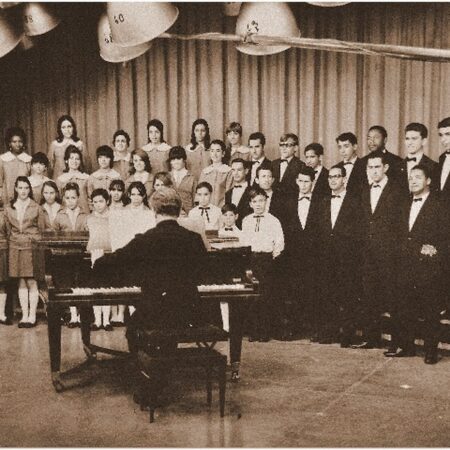 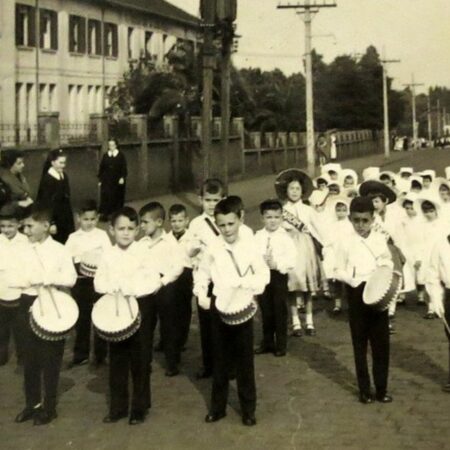 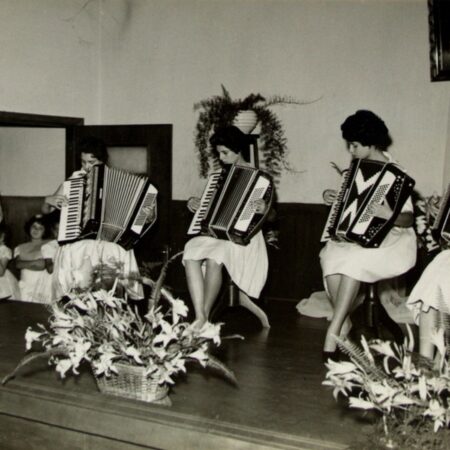 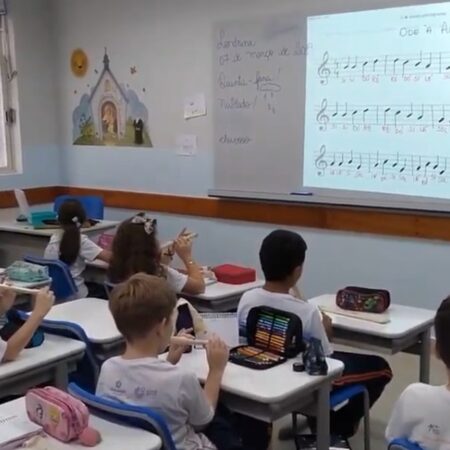 All this was mixed with the famous recital of the award winner and with all of the music performances contributed by our current students.

Cleusa Erilene dos Santos Cacione, one of the former students and professor of the music college was one of those who were honored. She confessed, “For me it was a moment with nuances of nostalgia and gratitude. It was nostalgic to see the photos with teachers and friends of that time and memories of their friendships which continue to today. It was nostalgic to remember the times when challenges had to be overcome and the moments of happiness and joy when these times were mastered.

And gratitude for the parents that God gave me who spared no effort in investing in my professional education, so I could study in one of the best music courses in Brazil – in the music department of the Mae de Deus.

The Marian Example, the Composer of the Magnificat

To recall 75 years of history and to present our history to the world, and that today we are a model in music education and educate outstanding musicians, is a reason for immense joy and honor for we shine light on the legacy of Father Joseph Kentenich: Music is a means for people to tune into the quiet rhythm of God.

“It was extremely gratifying  to receive recognition from the school administration  for the years dedicated to teaching music, and also for the countless messages of appreciation  that were sent to us for this day from friends,” is how Rosa Maria da Silva Nagao, a professor in the music school, expressed it. 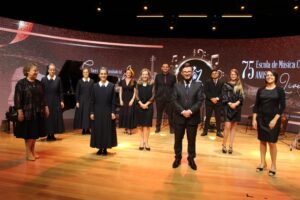 In the links below more statements can be seen that show what the music school means in the lives of so many other people.

Like the Magnificat-Composer, our beloved Three Times Admirable Mother, Queen, and Victress of Schoenstatt, we praise God for these 75 years and for the next years to come:

“The Almighty has done great things for us and holy is his name!”

Let our hymn of thanksgiving resound for the life and the mission of all the Schoenstatt Sisters of Mary, for all students, teachers, and coordinators, who have contributed to the composition of this symphony without a final break. Let the next 75 years begin.

Performances of the professors of the music school