Completely in line with the trend of turbulent times.
The MTA picture from Bavaria – now in Croatia
Somewhat melancholy for the old homeland and great joy in the new homeland.

On September 14, 1974, one year after the blessing of the house in Memhoelz, Schoenstatt on the Mountain on September 9, 1973, the crowned Queen moved into the large lecture hall.

For a little more than 40 years she worked there in this image during conferences, training courses and pilgrimages.

In 2015, the picture will move from the large lecture hall to the sacristy and was hung in front of the Shrine during pilgrimages and services.
How many people have greeted and welcomed her there.
How many looked at it and gave gifts.

The Croatian Schoenstatt Family thanks the League of the Sick of the Diocese of Augsburg, who owned this picture and who gave it to us for the second Croatian Shrine in Ivanovci.

We thank our older Sisters in Nesselwang who accompanied this work with their prayer and sacrifice. 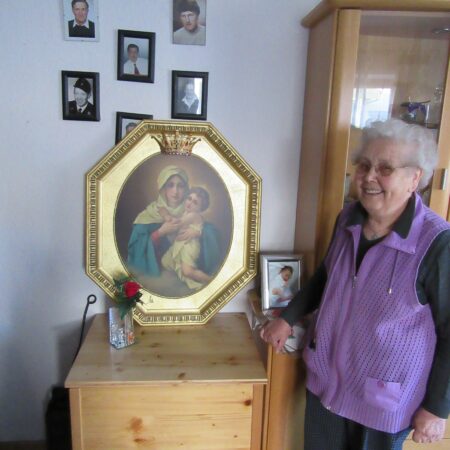 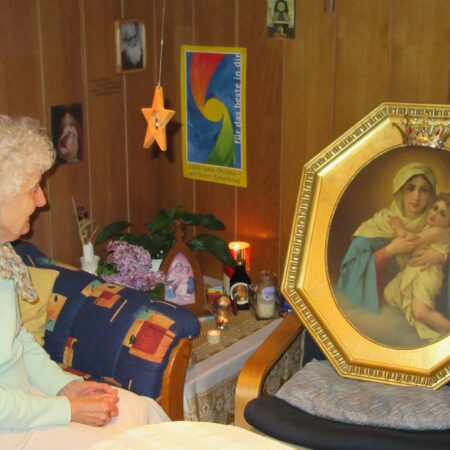 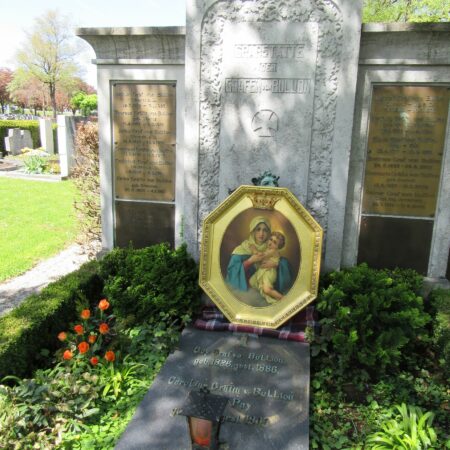 The MTA picture on its farewell trip at a woman of the Sick League, a family who heard and held many talks under this picture, and at the tomb of Gertraud von Bullion.

Sister Ingrid-Maria Krickl tells us:
“On April 28, 2018, during the Holy Mass in the house chapel in Memhoelz, the Blessed Mother in this picture was bid farewell, blessed, and sent to continue her fruitful work in Croatia – as our father and founder, Father Joseph Kentenich, already indicated during his visit on September 7, 1966: From here the Blessed Mother wants to form people of sun, height, and freedom in Bavaria, in Germany, and in all of Europe.” 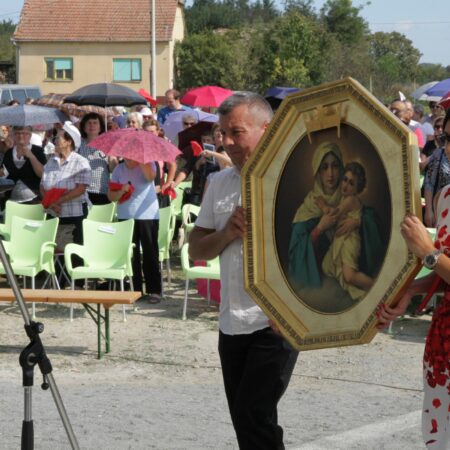 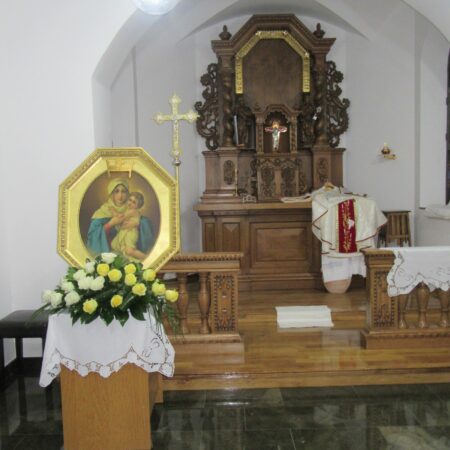 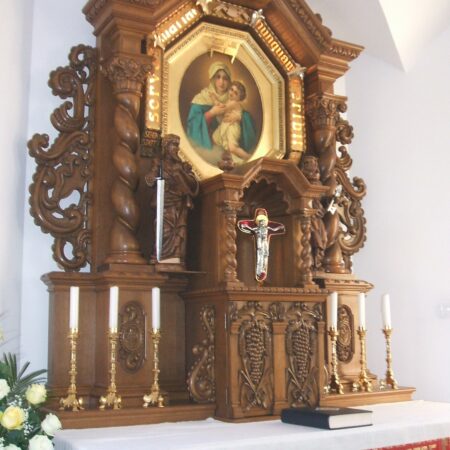 On September 15, 2018, the 50th anniversary of the death of our father and founder, on the day of the blessing of our second Shrine in Ivanovci, this MTA picture was solemnly moved into the Shrine and was placed in its new place of work.

And – in a short time, she has continued to work fruitfully in this picture. 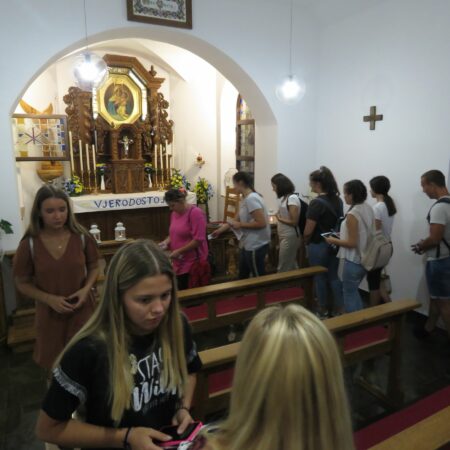 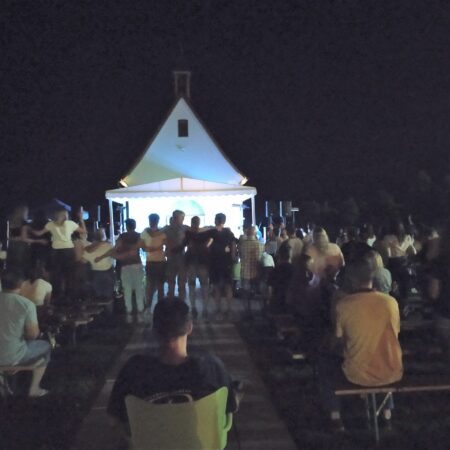 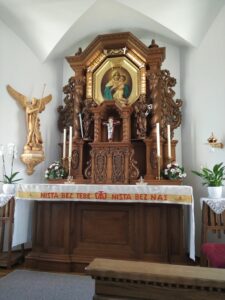 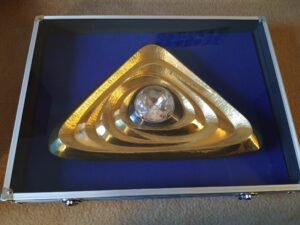 Above this MTA picture in the Shrine in Ivanovci, the Father symbol will be placed this year.

It is the Father symbol that had been in place in the Founders Room in Dietershausen since August 15, 2000, and will move into this Shrine on September 19, 2020.

The Croatian Schoenstatt Family thanks the Sisters of Mary in the Diocese of Fulda, Germany, who gave us this Father Symbol after the founding site in Dietershausen had to be closed.

The Father Symbol has already visited several families and individuals in Croatia. It has also been to our two Shrines. At the moment, the Father Symbol is with our leader in Zagreb until the Corona crisis has subsided.

It is a great joy for us that this Father Symbol comes from the very place of the Founder, which commemorates Father Kentenich’s departure and comes to this Shrine in Ivanovci, which was blessed on the 50th anniversary of the death of our father and founder. 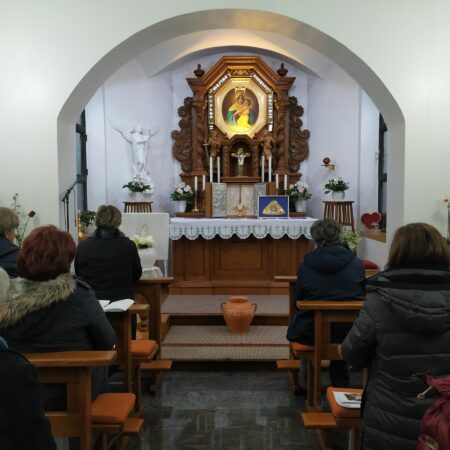 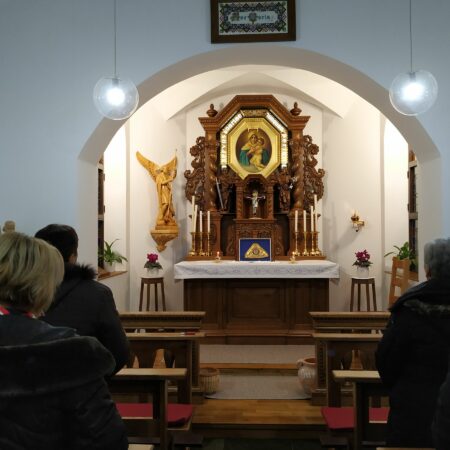 We are very happy about this obvious work of Divine Providence. May this Father Symbol give many people in Croatia the gaze of the Eternal Father and the certainty of being seen, valued and loved.

We thank everyone, especially our sisters, who are praying for us and accompanying us in the preparation for the affixing of this symbol.